Prime Minister Scott Morrison has declared he won't be "bullied" by inner-city voters as he downplayed concerns of a fresh climate war inside the Coalition.

Nationals Leader Michael McCormack also declared the Coalition should hold the line on climate policy, following a challenge to his leadership from former leader Barnaby Joyce. Mr Morrison said being in coalition with the Nationals had ensured the government's response to climate change was sensible and balanced, rather than being dictated by those in the inner city. 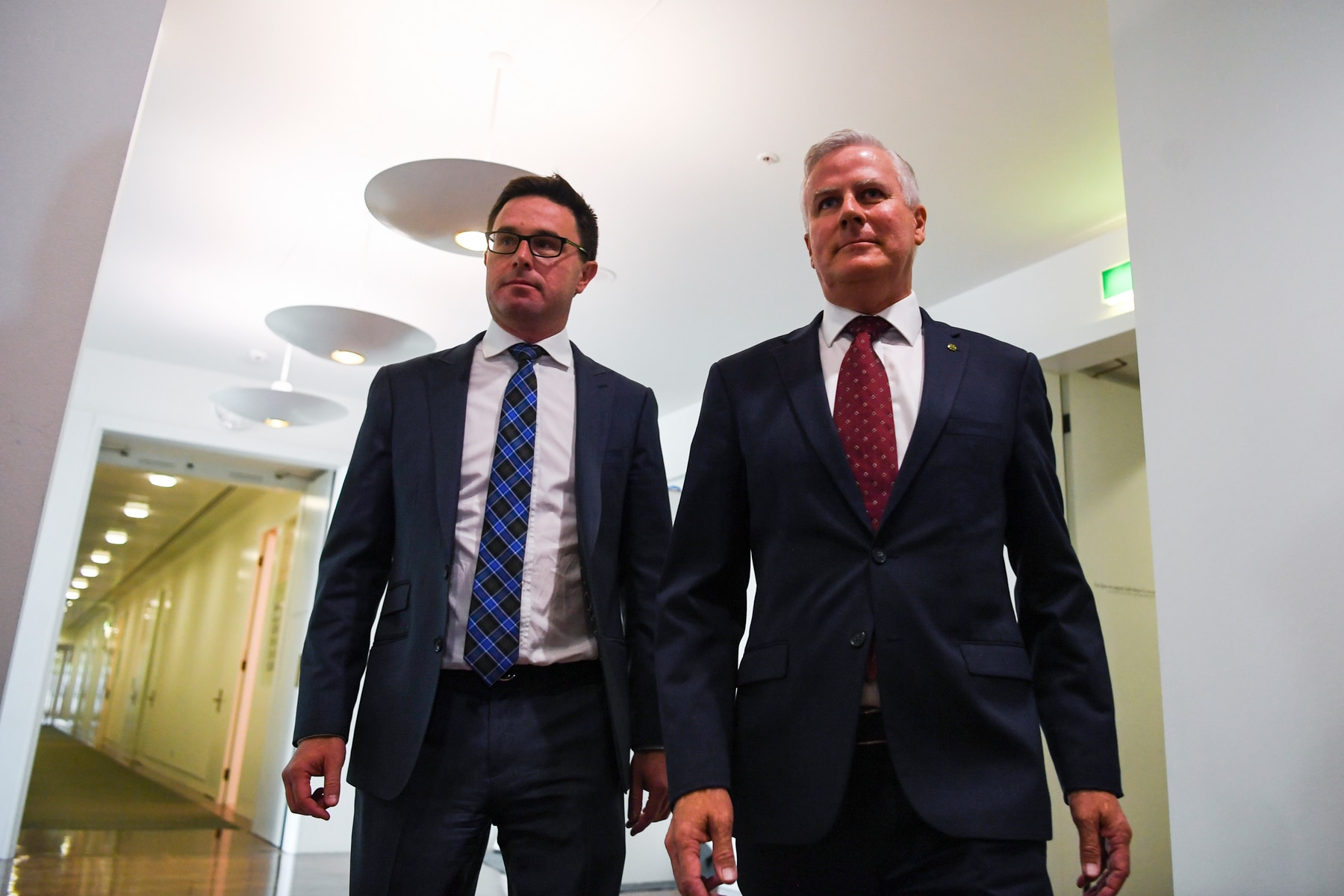 He said action should not come at the expense of jobs and industries.

“What we’ll do is take practical actions that deal with these challenges and that challenge is living in a hotter, drier and longer summer.

“So we won’t be bullied into higher taxes and higher electricity prices.”

Mr Morrison's comments echoed those of his deputy prime minister during the height of the bushfire crisis.

In November, Mr McCormack attacked those who were linking climate change to the severity of the bushfires, labelling them "inner-city raving lunatics".

Mr McCormack held off an attempt by Barnaby Joyce to reclaim the Nationals’ leadership at a party room meeting on Tuesday.

Mr Joyce's platform had been backed by Senator Matt Canavan, the pair urging the government to increase support for coal and investment in new coal-fired power stations.

It is understood Nationals MP George Christensen also spoke out against climate change policy and advocated for coal at the first Coalition meeting of the year held hours after the leadership spill.

While Mr Morrison has previously said the government's policy on climate would "evolve" in the wake of the bushfire crisis, Mr McCormack said the Coalition should not stray from its current climate policies.

“It’s all well and good for some people to say we should stop all fossil fuels,” he told SBS News.

“Well go and tell that to somebody in central Queensland who is working hard for and on behalf of their family … they deserve a job too.” The Morrison government has committed to reducing emissions by 26-28 per cent on 2005 levels by 2030 under the global Paris Agreement.

But it has faced pressure over its planned use of so-called carry-over credits to meet this target from previous emission agreements.

“We made international commitments and we are going to live up to them and instead of us beating ourselves up saying we’re this boogeyman in the global stage – we’re not,” he said.

“The quiet Australians out there have had a gutfull of all of this narrative … they just want action … they want us to get on with the job.”