The former treasurer promises a ‘new generation’ of Liberal leadership after trouncing Peter Dutton and Julie Bishop to take the prime ministership.

Incoming prime minister Scott Morrison has promised to run a low-taxing government that believes the “best form of welfare is a job”, outlining his policy vision in his first speech to the nation as leader.

Mr Morrison was sworn in as Australia's 30th prime minister at Government House on Friday evening as the sun set on an extraordinary week in Canberra. 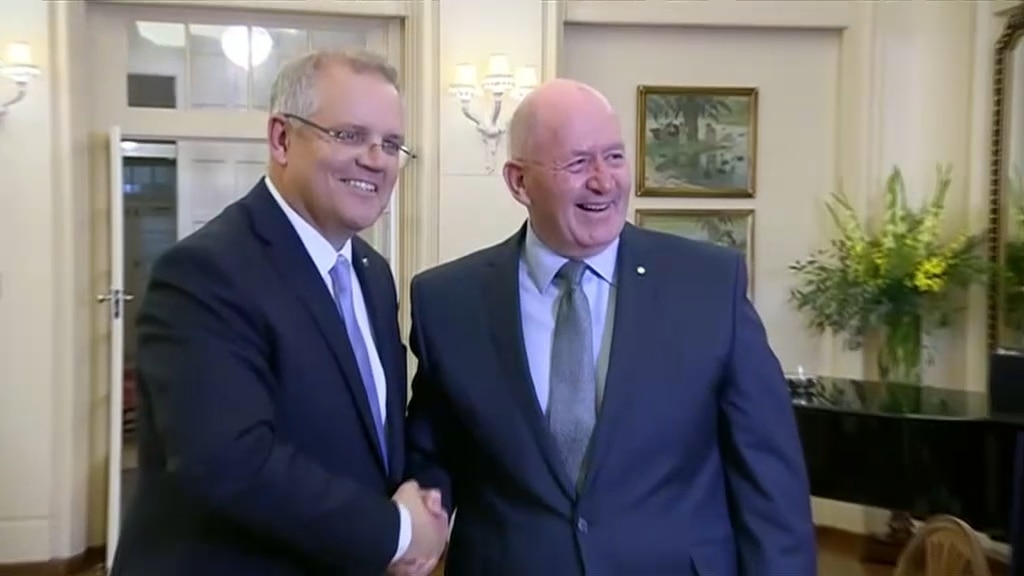 Flanked by his newly elected Liberal deputy Josh Frydenberg, the former energy minister, Mr Morrison said Australians should not expect his government to rush to an early election.

"We intend to be governing. And we have got able to do as a fresh new team. So I don't think anybody should be making any plans for any elections any time soon." 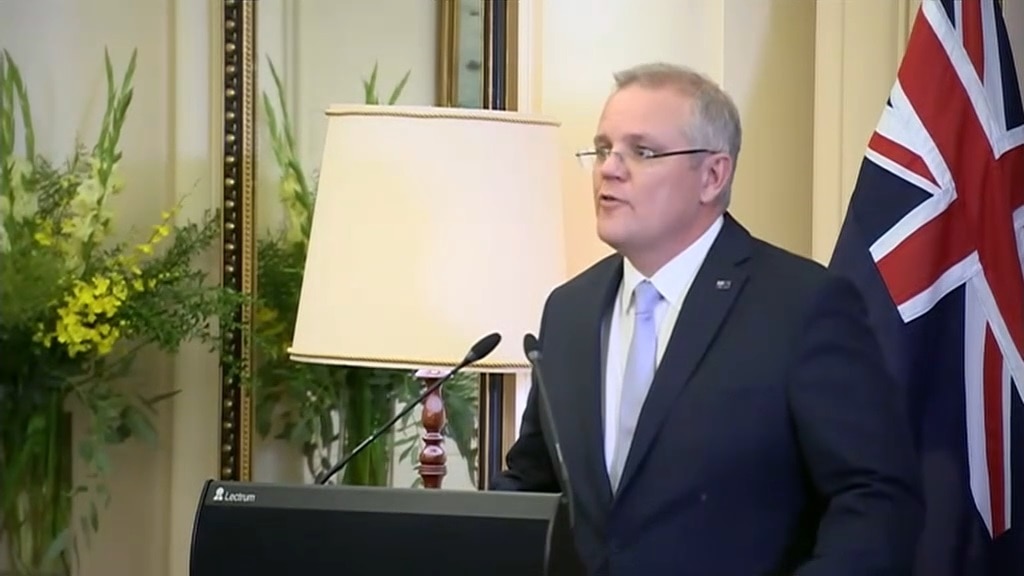 That means the Morrison government will face an early electoral test with a by-election in the seat of Wentworth, with outgoing leader Malcolm Turnbull set to quit the parliament and vacate the seat.

Congratulations to @ScottMorrisonMP for being sworn in tonight by the Governor General as Australia's 30th Prime Minister and to new Treasurer @JoshFrydenberg pic.twitter.com/Fj9eeW51gZ

Mr Morrison conceded the Liberal party had been “bruised and battered” by a week of leadership turmoil, but heralded a “new generation” of leaders that could heal factional divisions. He said drought recovery was the “immediate priority” of his new government and said would work closely with the Nationals on the matter.

“This is our most urgent and pressing need right now,” he said, flagging a review of the government’s drought response.

Mr Morrison said he believed “Australians should keep more of what they earn” and said citizens should be judged on their contributions to the nation regardless of whether they came “ten generations ago, or ten minutes ago”.

Thank you. It’s been an honour to serve you as PM. pic.twitter.com/fwNqxUJIVG

Mr Morrison will visit the governor general later this evening to be sworn in as Australia’s 30th prime minister.

In an email to Labor members, opposition leader Bill Shorten said they should expect the government to call an election "any day" and urged supporters to donate to a campaign-fighting fund.