Prime Minister Scott Morrison has told the UN that Australia is doing its part to curb emissions.

Scott Morrison has taken aim at critics of Australia' s action on climate change defending its response to global warming in his address to the United Nations in New York.

The prime minister focused on Australia's practical responses to environmental challenges such as plastics in the oceans, waste management, illegal fishing and global warming. 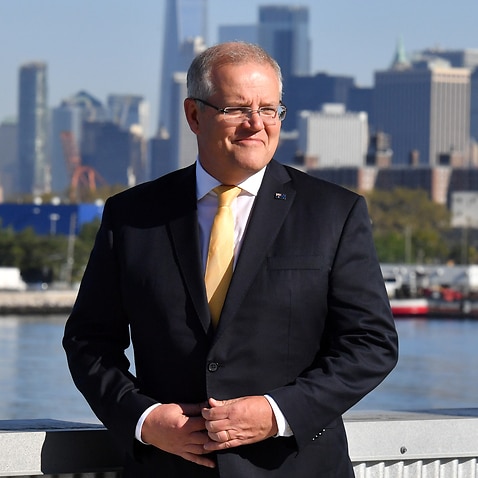 He described Australia's tackling of greenhouse emissions as a "credible, fair, responsible and achievable contribution" to global climate change action.

"Australia's internal and global critics on climate change willingly overlook or, perhaps, ignore our achievements, as the facts simply don't fit the narrative that they wish to project about our contribution," Mr Morrison told the general assembly. 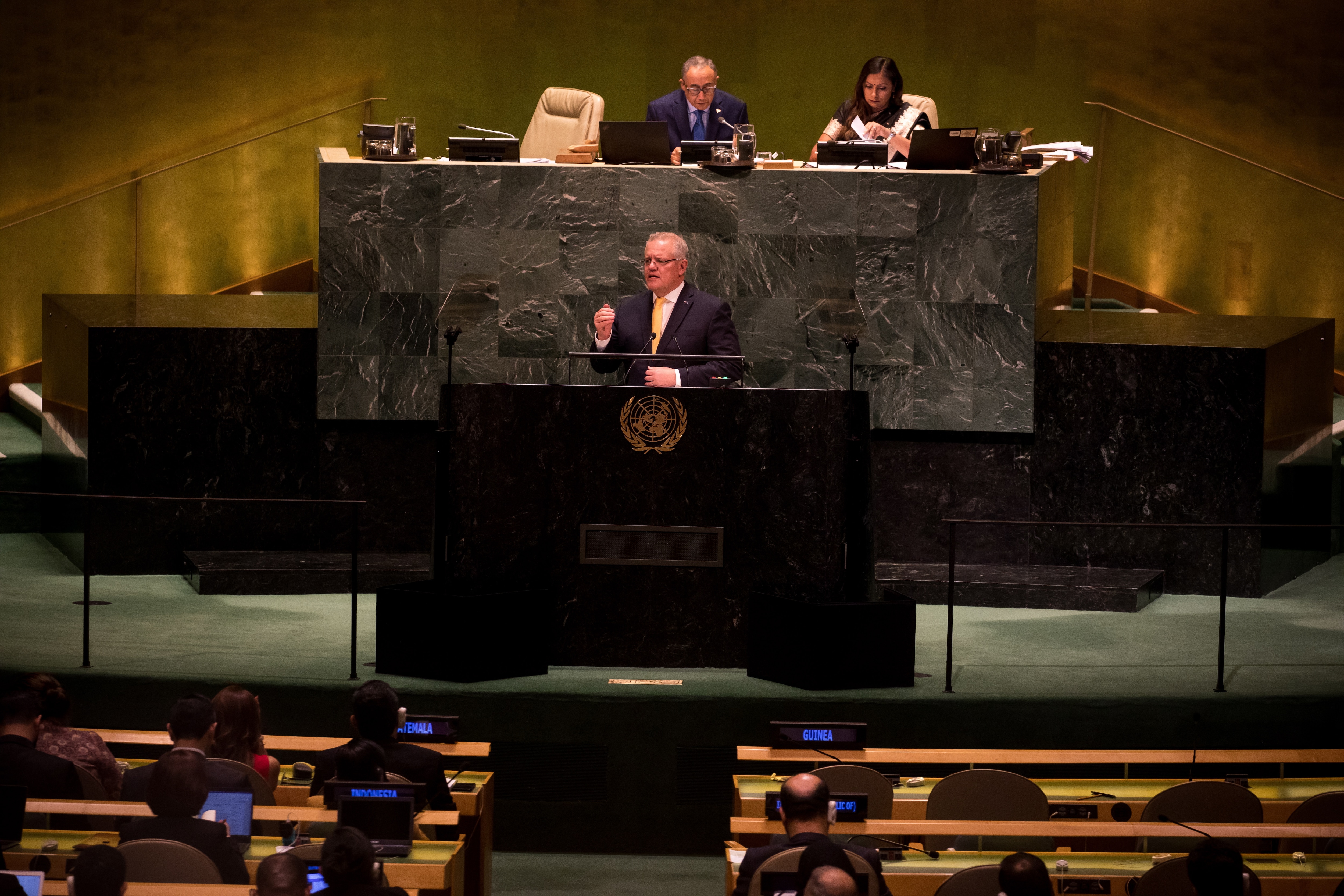 Prime Minister Morrison said Australia was committed to its target of cutting emissions by 26-28 per cent below 2005 levels by 2030, rejecting any assertion it's not taking enough action to curb emissions.

"Australia is doing our bit on climate change and we reject any suggestion to the contrary," he said.

He told the UN that Australia would beat its 2020 Kyoto targets and claimed it would also meet its 2030 Paris pledge and was leading the way in renewable energy investment. 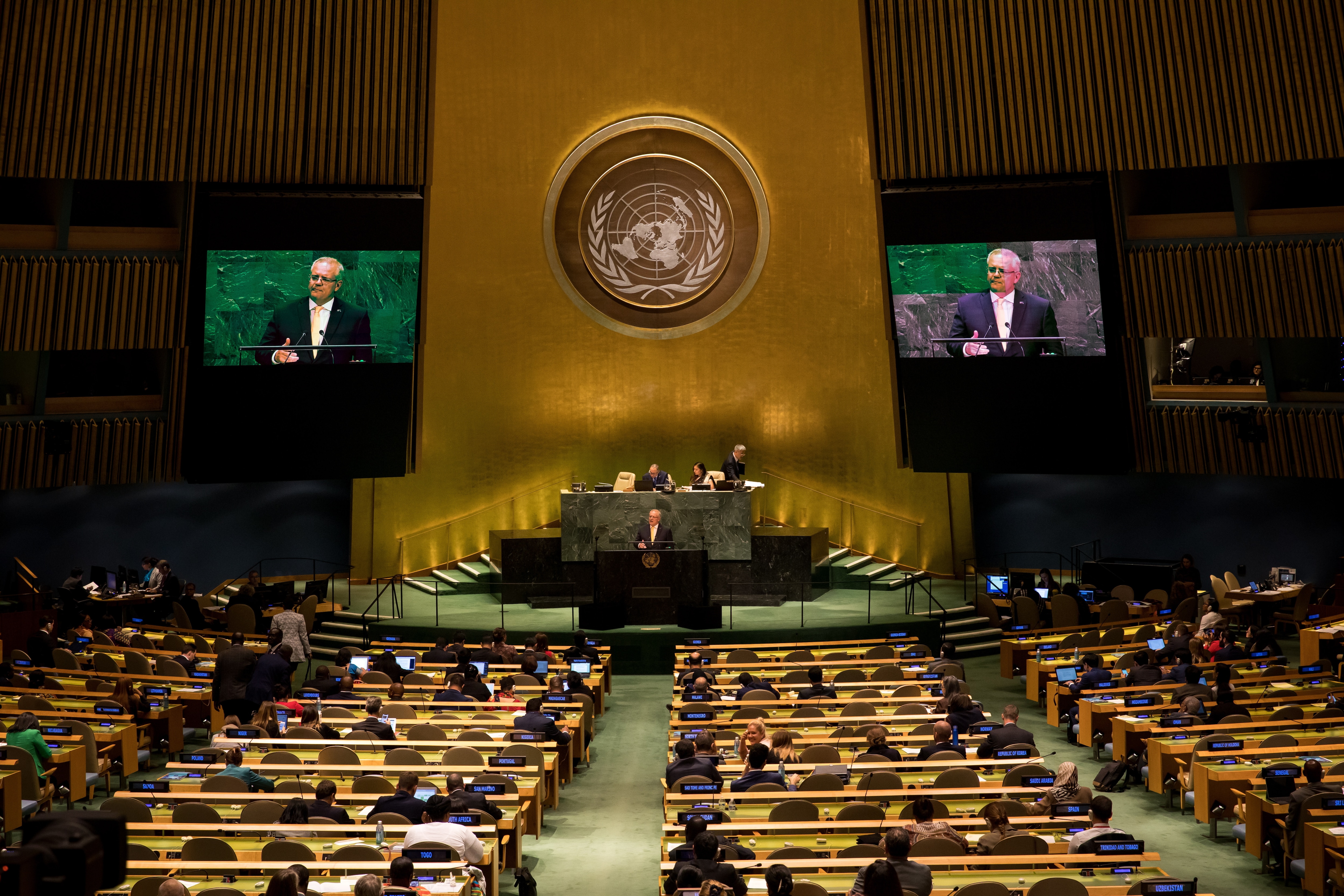 He said Australia is under "no illusion" about the environmental challenges the global community confronts in the years ahead.

"I want to reassure members that Australia is carrying its own weight and more, just as we always have," he said.

"All of this adds up to significant and comprehensive action by Australia in response to the world’s greatest environmental challenges."

In his address to the UN Prime Minister Morrison made reference to the fact over 85 per cent of Australia's population live within 50km of the coast.

The report painted a bleak picture finding that inaction climate change would result on sea levels rising up to 1.1m over the next century, up from 2013 predictions of more than 90cm.

It warned of increased coral bleaching, storms causing flooding of coastal areas and without action seas could rise to up to five metres higher by 2300. Ahead of the speech, the prime minister said Pacific leaders he spoke with were often surprised to learn what Australia was doing on climate.

"Oftentimes the criticisms that have been made about Australia are completely false," he told reporters in New York.

Asked if he was saying it was "fake news" - a favourite insult of US President Donald Trump - he replied: "I'm not saying that. All I'm saying is when I've spoken to them, they've been surprised to learn about the facts about what Australia has been doing."+

“Are you saying it’s fake news, Prime Minister?” - my question to @ScottMorrisonMP at #UNGA @SBSNews https://t.co/xQF5mw5RZb

Earlier, Mr Morrison was more bullish, saying Australia "won't just meet our 2030 commitments, I suspect we will hopefully be able to do better than that".

Under the Paris agreement, all countries are expected to update their pledges to cut emissions at the 2020 climate conference in Glasgow.

But Mr Morrison indicated that at this stage, Australia is unlikely to do so

Mr Morrison also confirmed to the UN that Australia won't contribute any more to the global Green Climate Fund. The May budget papers said Australia made its last payment into the fund in December 2018.

Instead, Australia is redirecting $500 million of its aid money to help Pacific Island nations become more resilient in the face of the effects of climate change.

"I'm not writing a $500 million cheque to the UN, I won't be doing that. There's no way I'm going to do that to Australian taxpayers," Mr Morrison told reporters.