The prime minister has called for restraint between Israel and Palestinian militants after days of air strikes and rocket attacks, with the violence escalating rapidly.

Scott Morrison has raised concerns about escalating violence between Israel and the Palestinians, which the United Nations fears could explode into full-scale war.

The prime minister has also expressed disappointment after a woman was charged in western Sydney for burning an Israeli flag.

Dozens of people have been killed in the worst violence between Israelis and Palestinians in several years, which shows no sign of letting up. 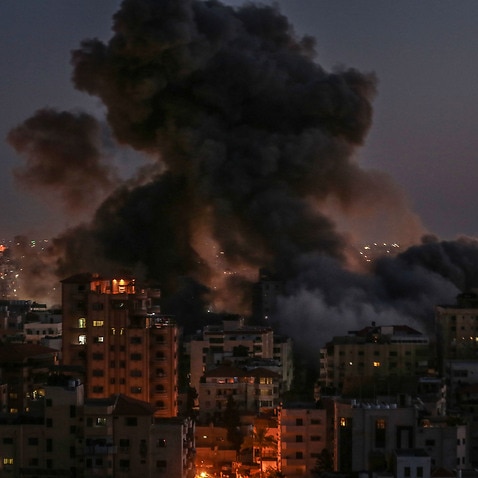 Mr Morrison said it was important the conflict in the Middle East did not spill onto the streets in Australia.

"Of course we are all very concerned about what is happening there," he told Sydney radio 2GB on Thursday.

"We have been urging restraint from all parties involved there to not take any unilateral action on those very stressful and tense situations we are finding there.

"But those things should not be played out here in Australia."

Mr Morrison restated the government's policy of a two-state solution between Israel and the Palestinians and described Australia as an agent for peace.

He urged Australians with ties to the conflict to act with tolerance and respect.

"By all means, people can have concerns and views, and there is a tolerance for that, but at the same time we do not want to import the troubles of other parts of the world into this country."

The fighting erupted on Monday night after weeks of rising tensions.

At least 65 Palestinians and six people in Israel have since died in the heaviest exchange of airstrikes and rocket fire since the two sides fought a war in 2014.

"Stop the fire immediately. We're escalating towards a full-scale war," he tweeted.

"The cost of war in Gaza is devastating and is being paid by ordinary people. UN is working with all sides to restore calm. Stop the violence now." US President Joe Biden said on Wednesday that Israel has a right to defend itself, but after speaking with Prime Minister Benjamin Netanyahu, he hopes clashes with Palestinians will end quickly.

"I had a conversation with Bibi Netanyahu not too long ago," Mr Biden told reporters.

"My expectation and hope is that this will be closing down sooner than later, but Israel has a right to defend itself when you have thousands of rockets flying into your territory."

Mr Biden said US diplomacy was in high gear with national security and defence staff "in constant contact with their counterparts in the Middle East - not just with the Israelis, but also with everyone from the Egyptians and the Saudis to the Emiratis".

Mr Biden spoke as calls grew internationally for a de-escalation of violence in the region.

Israel's army on Thursday said it had received a rocket warning in the north of the country, the first time the alert has been given there since hostilities soared between Israel and Palestinians earlier this week.

The approximately 1,500 rockets fired from Gaza by Hamas militants since Monday had so far set off warnings in southern and central Israel, but not in the north, the army said.

However in the small hours of Thursday morning, alarms not only sounded in Tel Aviv in the middle of the country - where residents rushed to shelters - but also in the Jezreel Valley in the north. 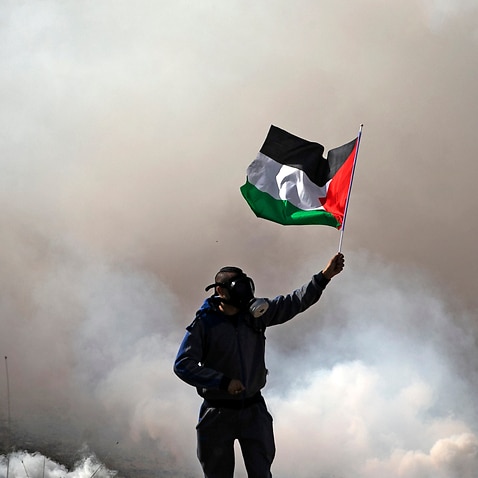 The launch of around 350 rockets had failed, while hundreds more were intercepted by Israel's Iron Dome air defence system, the army said.

The Palestinian health ministry said the death toll from the violence in the territory since Monday has risen to 67 fatalities and 388 injured.