If confirmed, the killings would mark the deadliest bout of violence in the province.

If confirmed, the killings would mark the deadliest bout of violence in years to hit a far-flung region wracked for decades by a low-level independence insurgency.

Citing local police, Indonesian media reported late Monday that the workers were shot dead on Sunday in Nduga, a district in the centre of the region on the western half of New Guinea island, just north of Australia. Indonesian military personnels and workers prepare coffins for construction workers, who were shot dead by suspected separatists, at a hall in Wamena, Papua.
AAP

Police and military teams were sent to the area on Monday when they came under rebel gunfire with one soldier killed and another wounded in the firefight, authorities said.

The employees of state-owned contractor Istaka Karya were building bridges and roads as part of efforts to boost infrastructure in the impoverished region.

All construction work in the area would be temporarily suspended, the public works ministry said.

More than a dozen coffins were being readied in Wamena, the nearest major town to where the alleged killings happened.

"Some media are saying 31 workers are dead, some 24, so we really need to check ourselves," said Papua military spokesman Muhammad Aidi.

A team of about 150 personnel would delay its operation until Wednesday morning, fearing a confrontation with rebels at night, the military said later Tuesday. 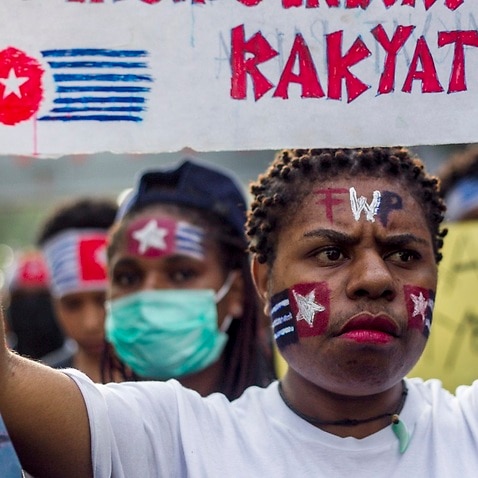 Papua police spokesman Suryadi Diaz said security forces were trying to recover the bodies but they were scattered and guarded by gunmen in the district, a stronghold of separatists who have battled Indonesian rule in the impoverished region for nearly 50 years.

The violence was reportedly carried out by rebels who have long fought against Jakarta's rule and were angry at some workers taking pictures of pro-Papua independence activities.

Authorities would "chase these criminals wherever they are", said national police spokesman Muhammad Iqbal.

"But we need to check whether it was really (the rebels) or not," he added. 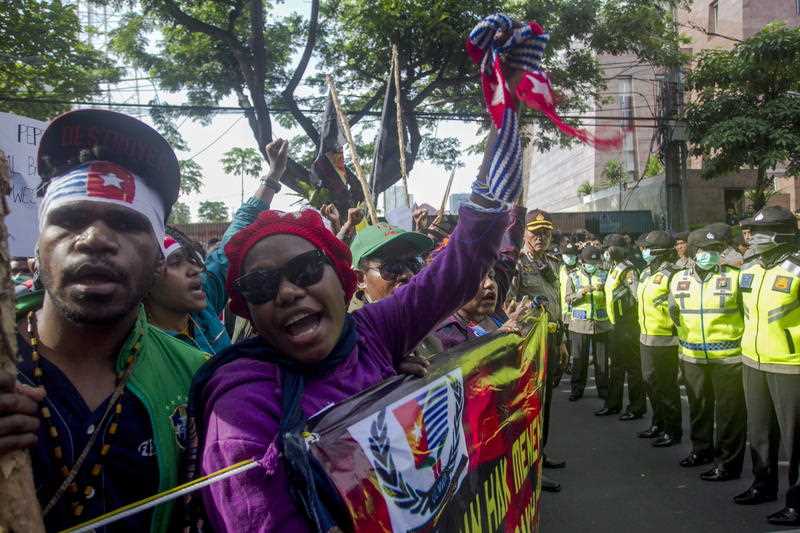 The suspected killings could be the worst outbreak of violence in a "very, very long time", said Sidney Jones, director of the Jakarta-based Institute for Policy Analysis of Conflict (IPAC).

"Every time we have had a significant incident that has involved military deaths, even though the main victims here were civilians, it is followed by massive retaliatory response," she added.

The suspected killings came as more than 500 activists -- including an Australian -- were arrested in a nationwide police crackdown that coincided with rallies on December 1, a date many Papuans consider their anniversary of independence from the Dutch.

Papua declared itself an independent nation on that date in 1961, but neighbouring Indonesia took control of the region by force in 1963. It officially annexed Papua in 1969 with a UN-backed vote, widely seen as a sham.

Jakarta keeps a tight grip on the resource-rich region, which experienced several spasms of violence this summer including the killing of three local people, allegedly by rebels. 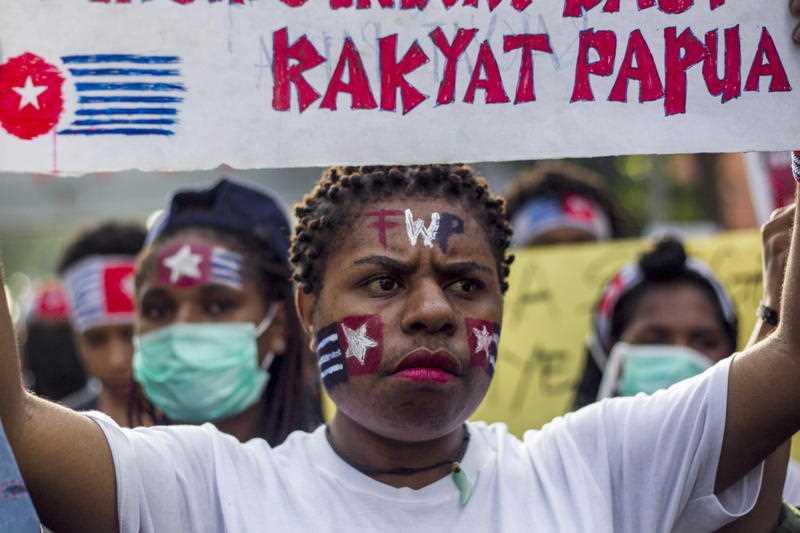 The deaths followed a gunfight that saw a small plane carrying police officers -- sent to oversee the local elections -- shot at as it landed at Nduga.

Some of the violence has been centred on protests against a huge gold and copper mine operated by US-based firm Freeport McMoRan -- a frequent flashpoint in the local struggle for independence and a bigger share of the region's resources.

In April, an Indonesian soldier and at least one rebel were killed near the mine.

In August, authorities arrested Pole Jakub Skrzypski in Papua for alleged links to separatists and he could face life in prison if convicted. His trial date has not yet been set.

Indonesian security forces have for years been dogged by allegations of widespread rights abuses against Papua's ethnic Melanesian population including extrajudicial killings of activists and peaceful protestors.