A fiery exchange broke out in federal parliament on Tuesday when Senator O'Sullivan said there was a "bit of Nick Xenophon in" the Greens' Sarah Hanson-Young. 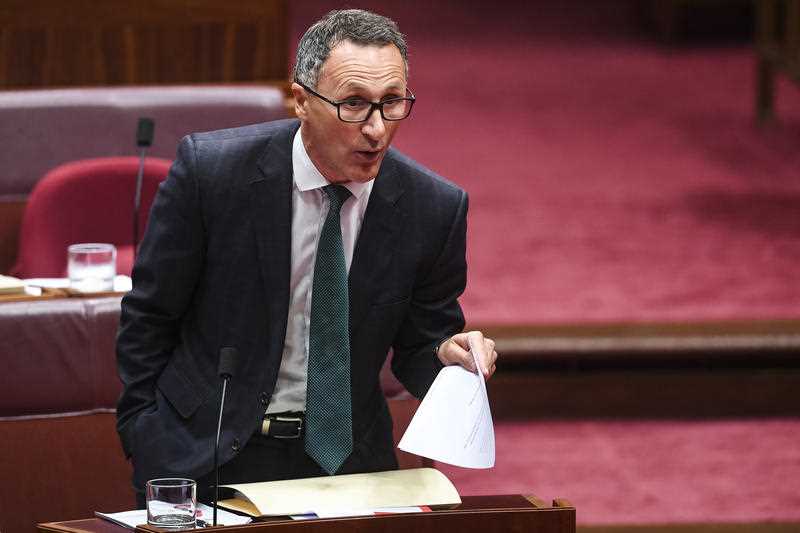 Australian Greens leader Richard Di Natale was ejected from the chamber after calling another Senator a "pig".
AAP

The comment attracted the immediate fury of the Greens.

"We have endured on this side days of sexist filth coming from that man. He is a pig and he should consider and reflect on the standards he is adopting in this chamber," a furious Senator Di Natale shouted in response. Senator O'Sullivan insisted he meant because she didn't show up to an inquiry, saying he didn't mean it to be a double reference. He withdrew the comments unconditionally.

Despite being roundly condemned by all sides of the Senate, it wasn’t Senator O’Sullivan who was ejected from the chamber on Tuesday afternoon.

Senate President Scott Ryan gave Senator Di Natale multiple opportunities to withdraw his remarks, but he refused and was booted from parliament for the rest of Tuesday. 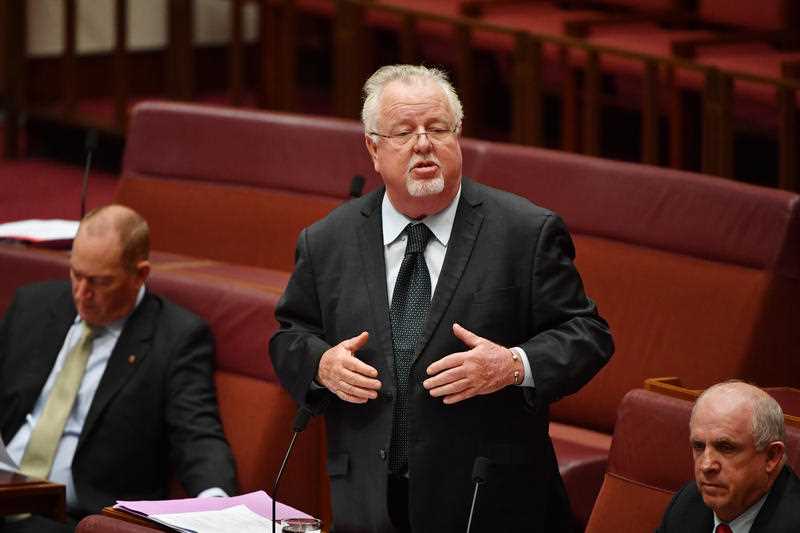 The president said the rare power to suspend senators had not been used for more than 15 years.

Sarah Hanson- Young applauded the stance of the Greens leader. “I have sat in this chamber for weeks and weeks—months—and heard the disgusting slurs and attacks coming from a particular group in this place, and I for one am sick of it.”

She also took aim at Senator O'Sullivan and conservative independents Fraser Anning, Cory Bernardi and David Leyonhjelm, calling them "cowards" who had spent months levelling slurs at her. 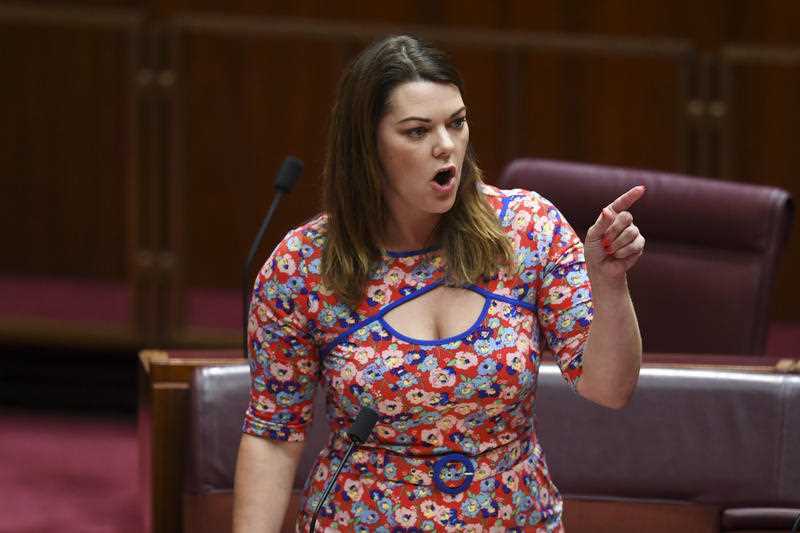 The Senator praised her party leader for standing with her.
AAP

Labor reluctanty supported the Senate’s suspension of Senator Di Natale on the principle of keeping order in the chamber.

“Nothing in the Opposition's actions today in any way endorses the statement that was made by Senator O'Sullivan in this chamber,” she said. One Nation leader Pauline Hanson described Senator Hanson-Young as a "great actress" after saying she saw nothing sexist about Senator O'Sullivan's comments.

"I see this as crocodile tears," Senator Hanson said.

"Using this sexist tag because she's a female doesn't wash with me and a lot of other people."