Senator Jordon Steele-John has accused the Prime Minister of never having considered a "disabled person as quite like himself".

Greens Senator Jordon Steele-John has accused the Prime Minister Scott Morrison of not considering "disabled people" as equal to himself, as he steps up pressure for a royal commission into abuse against people with disabilities.

Senator Steele-John heckled the prime minister on Thursday for using extraordinary tactics to delay a vote on his motion calling for the establishment of the royal commission, which appeared to have the support of Labor and the crossbench.

Greens Senator Jordon Steele-John says the PM was shocked to be called out by a disabled person.
AAP

He said the prime minister appeared shocked to be called out by someone in a wheelchair.

"That wasn’t just about an MP calling out another MP in a different chamber.

The Prime Minister said the only thing holding him back for a #RoyalCommission were draft terms of reference.

So, I’ve written to @ScottMorrisonMP with draft ToR. Disabled people want justice and I am determined to see that through #Auspol pic.twitter.com/aSZMpPhIyu

Mr Morrison, whose own brother-in-law has multiple sclerosis, has worked extensively with people with disabilities during his political career. As Social Services Minister between December 2014 and September 2015 and as Treasurer, Mr Morrison played a key role in the implementation of the National Disability Insurance Agency (NDIS).

A government source described the comments as "deeply offensive" and said the Greens senator should withdraw them rather than playing politics.

Senator Steele-John said he is not apologising for being frank.

"I would argue that if this nation had not been led by old white non-disabled blokes we would have seen action on this issue sooner."

The 24-year-old West Australian senator became the second federal politician to use a wheelchair when he replaced Scott Ludlam in November 2017. Vietnam war veteran Graham Edwards, who served as a Labor MP in the House of Representatives from 1998 to 2007, was the first.

Despite the parliamentary tactics, the government is not expected to oppose the motion when parliament returns next week.

Senator Steele-John said the government must commit to establishing the royal commission to examine what he describes as "systemic" abuse in the sector.

"We know that everyday disabled people in our workplaces, in our homes, where we learn, are subject to violence neglect and horrendous exploitation."

Late on Thursday, Senator Steele-John sent the prime minister draft terms of reference for the committee after consulting with two peak bodies.

"One of the really important things to remember here is that it is not for non-disabled people to come up with the terms of reference.

"You have to be led by disabled people if this is going to work."

Mr Morrison on Thursday denied he was trying to avoid a vote on the motion by extending question time.

"I'm not afraid of losing a vote in this house, I lost one on Tuesday," Mr Morrison told parliament on Thursday. 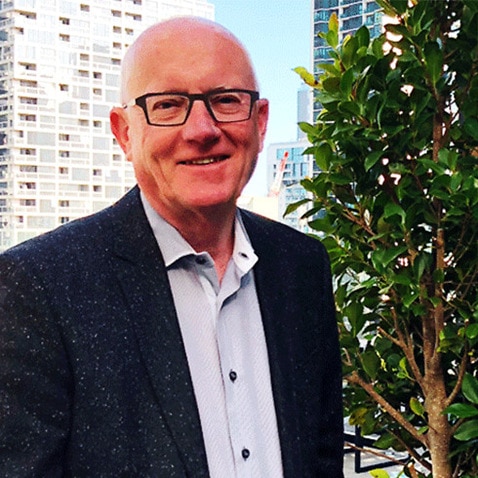 "I will remain open to every single option there is to provide support to people with disabilities," the prime minister said.

Labor was confident the numbers were there to get the motion over the line with or without the government's support.

The opposition's chief tactician Tony Burke has confirmed Labor has spoken with every crossbencher about the issue.

"We would not have gone to such lengths today, were we not confident we could form a majority," he told reporters afterwards.

"Labor is committed to implementing a royal commission to protect people living with a disability from abuse," he told parliament.