A global report has revealed young women feel unsafe in cities including Sydney because of repeated and often aggressive sexual harassment, which starts as young as 11.

Most of Sydney's women and girls - more than 90 per cent - feel unsafe in the city centre after dark.

That's a key finding of the Unsafe in the City report, commissioned by humanitarian organisation Plan International and released on Thursday, which marks International Day of the Girl Child.

The report looked at women's experiences in five of the world's major cities: Delhi, Kampala, Lima, Madrid and Sydney.

Through an online program called Free to Be, women aged under 30 were able to mark places they judged as good or bad on a digital map. When marking an undesirable place, they explained their reasons for their decisions, detailing incidents of harassment and unwanted physical sexual contact.

The survey found across all cities women were 10 times more likely than men to feel unsafe in a public space.

A total of 2,083 pins were dropped on spots of the Sydney map, with 75 per cent of the places marked considered bad. The threat of sexual harassment with and without physical contact was the main issue identified in connection with bad pins - 71 per cent of respondents reported being sexually harassed in those places. 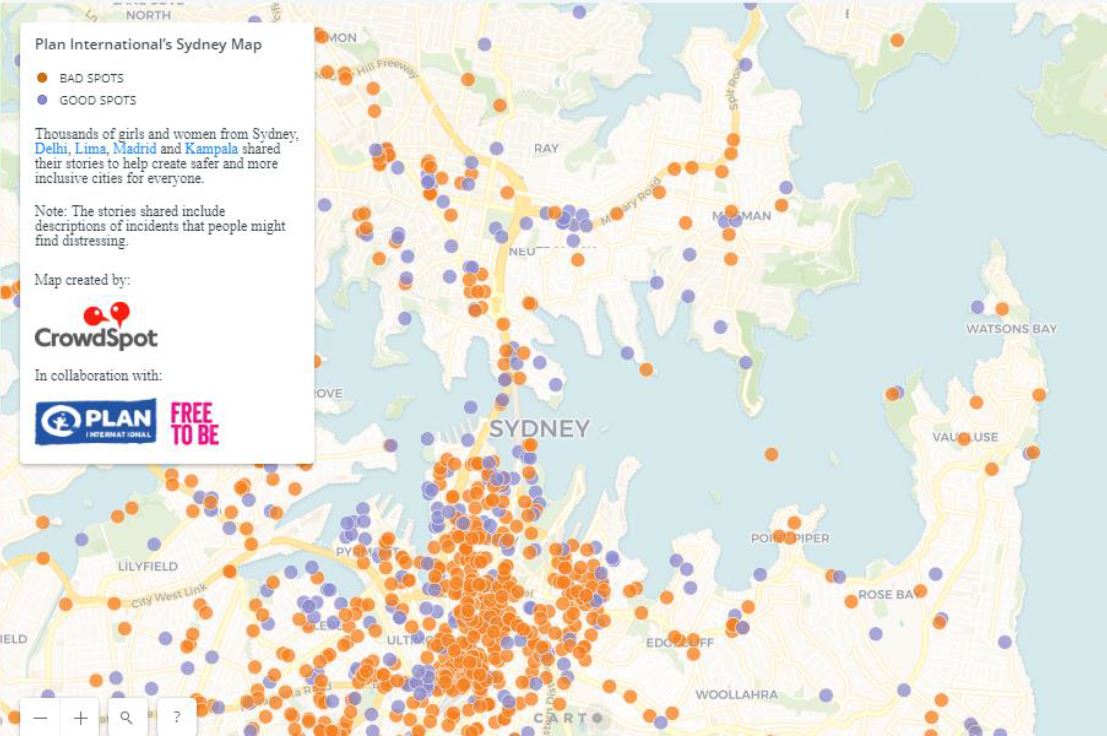 Places marked as bad included Central Station, King Street in Newtown, and Hyde Park. Those marked as good included Circular Quay and the Royal Botanic Gardens, UNSW campus, and McIver Baths in Coogee - a women and children only pool. 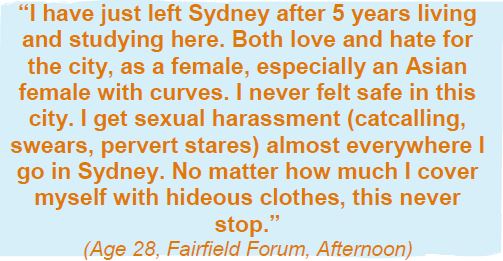 In Madrid and Lima, around 85 per cent of participants reported experiencing sexual harassment in public spaces.

In Delhi, where more than 14,000 pins were dropped, six per cent referred to incidents happening as girls walked to or from school.

In Kampala, of the incidents that had been reported to authorities, no action was taken in 84 per cent of cases.

Plan International Australia chief executive Susanne Legena said the report showed 60 per cent of all incidents happened on the street.

"This is serious and it hasn't been well-documented or understood," she said. "It starts early, so the most common age that people reported their first experience was between the ages of 11 and 15."

As well as including some accounts from the report here, SBS News interviewed young women in Sydney's CBD this week about their experiences of sexual harassment. One said she was 13 years old when an incident took place.

"I've been cat-called from the car and they actually approached me," she said. "They got out of the car, which was obviously really alarming."

She said she changed her behaviour as a result of the incident.

"I wouldn't walk on the street any more by myself, especially at night" she said. "I feel just being around people just makes you feel more comfortable and just safer."

Many women said they felt safer in places that are busy or where many people are present.

"Busy-ness can, if it's too busy, turn into a real place where sexual harassment and perpetrators are very active because there's a lot of anonymity," she said. "And public transport is a place where we're really concerned about women and girls' experiences." 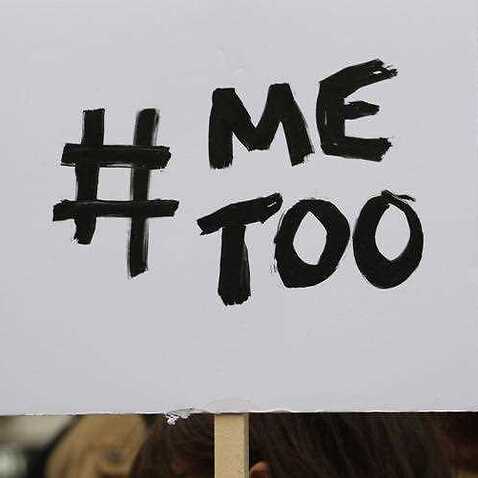 The report revealed 20 per cent of the places deemed to be bad involved public transport or public transport hubs. Many participants said sexual harassment was the reason for that judgement.

Another young Sydney woman told SBS News she was groped while sitting alone on a bus.

"One time, a man and his friend were quite overly friendly and kind of very touchy and handsy," she said. "I feel you kind of have to go along with it almost, but there's always that fear that they might follow you or keep going."

Dr Kalms said many women don't report such incidents because it happens so frequently and previous attempts to report have led to little action.

"In Sydney, in a third of the cases the incidents were reported to authorities but they did nothing," she said. "What we also see across all the cities is around 35 to 50 per cent of participants were saying that it was so frequent that they actually don't do anything about it, because if they did they'd just be at the police station or talking to the public transport police on a daily basis."

Susanne Legena from Plan International Australia said the organisation shared the results of the report with young women to develop a series of recommendations. They said there needs to be a change in the way men and boys perceive women so that any sort of disrespect or harassment is understood to be completely unacceptable. Ms Legena said the group also wants more women to be involved in urban planning so cities are designed to be safer and more welcoming places.

"It's the activity on the street, it's how the city's put together," she said. "All of these things can contribute to people feeling like they've got people around they can call on if things go wrong."

Ms Legena said change can and will happen quickly if people work together.

"The call now is on decision-makers, city planners, police, transit authorities, and anyone with an interest in young women and girls in their lives to actually take seriously what we're finding and to do something about it."