The second report into Australia's education system headed by businessman David Gonski detailed a number of recommendations for how to address the country's falling testing results.

Professor Sahlberg pointed to the OECD (The Organisation for Economic Co-operation and Development) rankings, where Australia is at the bottom of 34 countries in high-school graduates leaving school with a second language. Australia is lagging in the OECD rankings for high-school graduates leaving school with a second language.
AAP

The Executive Director of the Asia Education Foundation, Hamish Curry told SBS News he agrees the Gonski report was a "missed opportunity" when it comes to second languages.

"He said there was a complete missed opportunity in the Gonski report around re-emphasing the importance of studying a second language, and I think that's because Australia really is behind, in terms of where the rest of the world places an emphasis," Mr Curry said.

"I think, in primary schools, it's certainly something that has improved, I would say.

"The challenge is that, when we get into the business end of secondary school, studying a language feels a little bit like an indulgence. It also doesn't create the kind of incentives for them to see a bigger purpose for why a second language is so important."

Mr Curry said there are a number of potential non-literary benefits to learning additional languages.

"There are also all sorts of different benefits to being able to engage with language that also go right to the heart of the much bigger issue here, which is around our engagement with different cultures and different perspectives in the world," he said.

"New languages helps us develop better empathy, allows us to resolve challenges where there might be misunderstandings, in terms of translations.

"It actually helps us open up to opportunities in the world that we probably at first didn't think were possible."

Data from the 2016 census shows the number of people who speak only English at home has risen by more than half a million, compared with the 2011 data. 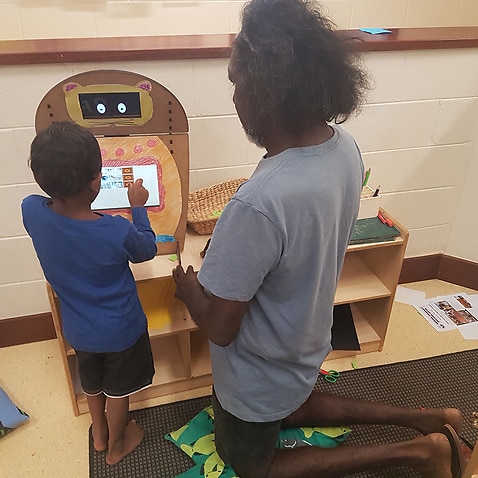 A report by the Foundation for Young Australians from the same year found there had been a 181 per cent increase in demand for bilingual skills across over 4 million job advertisements.

The foundation's Annette Cairnduff said being multilingual gives people an edge in getting jobs.

"Our research has shown that employers are willing to pay more money for young people, or employees, who have bilingual skills," she told SBS News.

"We're working much more globally today. We travel more or live more overseas. Language skills are really needed and required by organisations as they engage globally with the economy."

A number of arguments have arisen against teaching children additional languages.

One of the most common is it takes time away from a child learning numeracy and English literacy skills, two areas the Gonski 2.0 report identified as needing improvement.

Another argument is that children do not need to use another language until later in life, or at all. 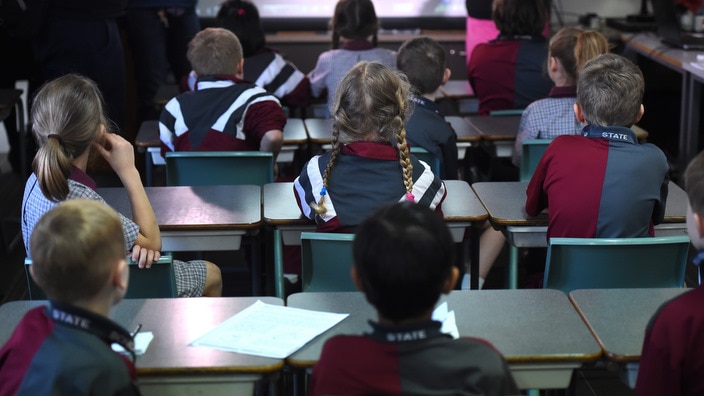 Alice Chik says language learning is a long-term project, which is why it should start early.
AAP

Currently, students in New South Wales are required to undertake 100 hours of foreign-language study in the early years of high school. In Victoria, languages are taught from kindergarten to Year 6.

Alice Chik, senior lecturer in applied linguistics and education at Sydney's Macquarie University, told SBS News while children would not see the benefits of learning another language immediately, they will eventually reap the rewards.

"Language learning is a long-term project," she said.

"You don't acquire a language within less than 100 hours ... But how much language can you learn in 100 hours? That is why we should start young, from primary school."

'Migrants doing most of the work'

The Coalition Government has long advocated for migrants to learn, or better, their English skills.

This year's federal Budget requires newly arrived migrants to wait longer to receive help in finding jobs if they are receiving welfare payments and if they have lower-standard English skills. Foreign language books are having a moment in Australia

The Government said the additional waiting period will help migrants sharpen their English.

"The Australian Government stresses that our economy benefits a lot from a multicultural, multilingual workforce, and that is quite true," she said.

"But, at the moment, we're constantly relying on new immigrants to put in most of [that work]."

Identified weaknesses included a decline in student achievement over time, age-based rather than developmental approaches to differentiation in learning goals, and failure to update its industrial-era model.

It said Australia should modernise the system and move towards an individualised approach. Federal Education Minister Simon Birmingham said the government will work with states and territories and non-government school systems to determine how the reforms should be delivered. Why learn a language with no native speakers?

“An agreement between the Commonwealth and jurisdictions will be negotiated this year to come into effect from 2019,” he said.

“This review is an opportunity for all levels of government, educators and families to turn around Australia’s performance and build a stronger school system. This is an opportunity we all must grasp to ensure this and future generations of students get the opportunities they need to succeed.”