The original Yellow Wiggle Greg Page is recovering in hospital after he went into cardiac arrest at a bushfire benefit concert in Sydney.

One of the founding members of Australian children's group The Wiggles says a second bushfire fundraiser concert must go-ahead without him after he almost died from a heart attack during Friday's reunion show in Sydney.

Greg Page collapsed as he walked offstage at the end of the 90-minute show at Castle Hill RSL and was rushed to hospital, where he is in stable condition.

In a Tweet on Saturday, the group said a second show would go ahead on Saturday evening after they visited Page in hospital. The current Yellow Wiggle, Emma Watkins, will perform in his place, the group wrote on Twitter.

We’ve visited Greg this morning & he wanted to thank everyone for their well wishes. He’s so grateful for the messages of love & support from⁣ around the world. Greg’s main concern was that the show tonight should go on.⁣ Let’s do it for Greg whilst raising much needed funds pic.twitter.com/8CBT7P8roA

"Greg’s main concern was that the show tonight should go on.⁣ Let’s do it for Greg whilst raising much-needed funds," they said.

Alongside a cheerful picture of Page in hospital, the group also wrote the 48-year-old was "so grateful for the messages of love and support from around the world". 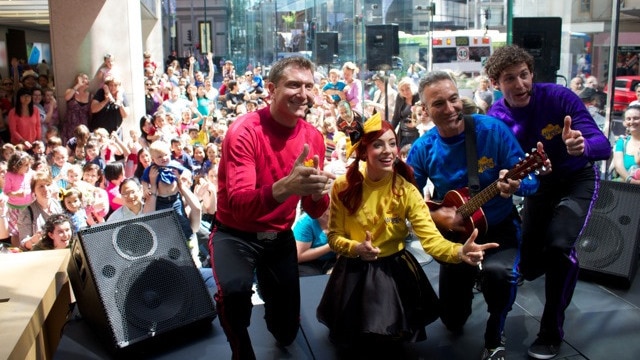 In an earlier tweet, the group said their "friend" was recovering in hospital after having a procedure.

An NSW Ambulance spokesman credited Page's survival to the actions of a young nurse in the audience, who performed CPR and used a defibrillator on the unconscious Yellow Wiggle.

"It was only through the efforts of bystanders before we arrived that he is alive today," the spokesperson said. "It was an extraordinary story of survival".

A major blood vessel to Page's heart had become blocked, the spokesperson said, leading to the cardiac arrest. He also said Page had been feeling unwell prior to the "energetic concert". 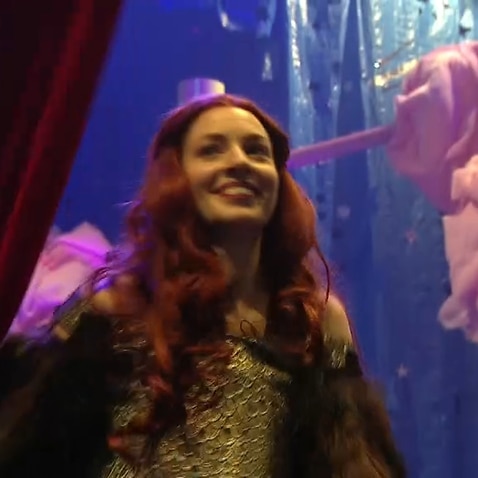 The nurse, Grace Jones, said she was a big Wiggles fan and had been watching them since she was five years old. Asked if she had a message for Page, she said: "I hope your chest is not too sore."

The original Wiggles line-up of Page and Anthony Field, Murray Cook and Jeff Fatt had reunited for two over-18 shows to raise money for the Australian bushfire recovery effort.

"I love this man, so glad he is still with us," Field, the Blue Wiggle and the only original member remaining in the band, wrote on social media.

Thoughts, prayers & best wishes with wonderful Yellow Wiggle Greg Page following his heart attack last night during the Wiggles bushfire relief concert. Like so many, we had every VHS tape & knew every song thanks to our girls growing up with Greg, Murray, Jeff & Anthony. #NSWRFS pic.twitter.com/fGdN6sFEQA

Rural Fire Service Commissioner Shane Fitzsimmons offered his "thoughts, prayers and best wishes to the wonderful Yellow Wiggle" on Saturday, and thanked the "fabulous four" for putting together the fundraiser.

"Like so many, we had every VHS tape and knew every song thanks to our girls growing up with Greg, Murray, Jeff and Anthony," he wrote on Twitter.

"This fabulous four were last night together generously helping others and making a positive difference for the community, particularly for those impacted & affected by this year's bush fires."

Page left the children's band in 2006 due to poor health and returned for a second stint in 2012.

As has been reported, our friend Greg Page suffered a cardiac arrest at the end of the bushfire relief performance and was taken to hospital. He has had a procedure and is now recovering in hospital. We appreciate your kind messages and concern.

In the same year, he revealed he was suffering from orthostatic intolerance, which caused problems with the function of his heart when standing.

As you guys may know, during The Wiggles' bushfire relief concert, Greg Page collapsed just before they were about to perform their final song. Luckily, it seems that he's being treated as we speak but we are still in shock! Feel better soon, Greg! 💛💛💛💛 pic.twitter.com/1VbUjxdcDU

The Wiggles were formed in 1991 and sold millions of albums as one of Australia's most popular music groups.

Field brought in several new members who continue to perform as the new Wiggles. 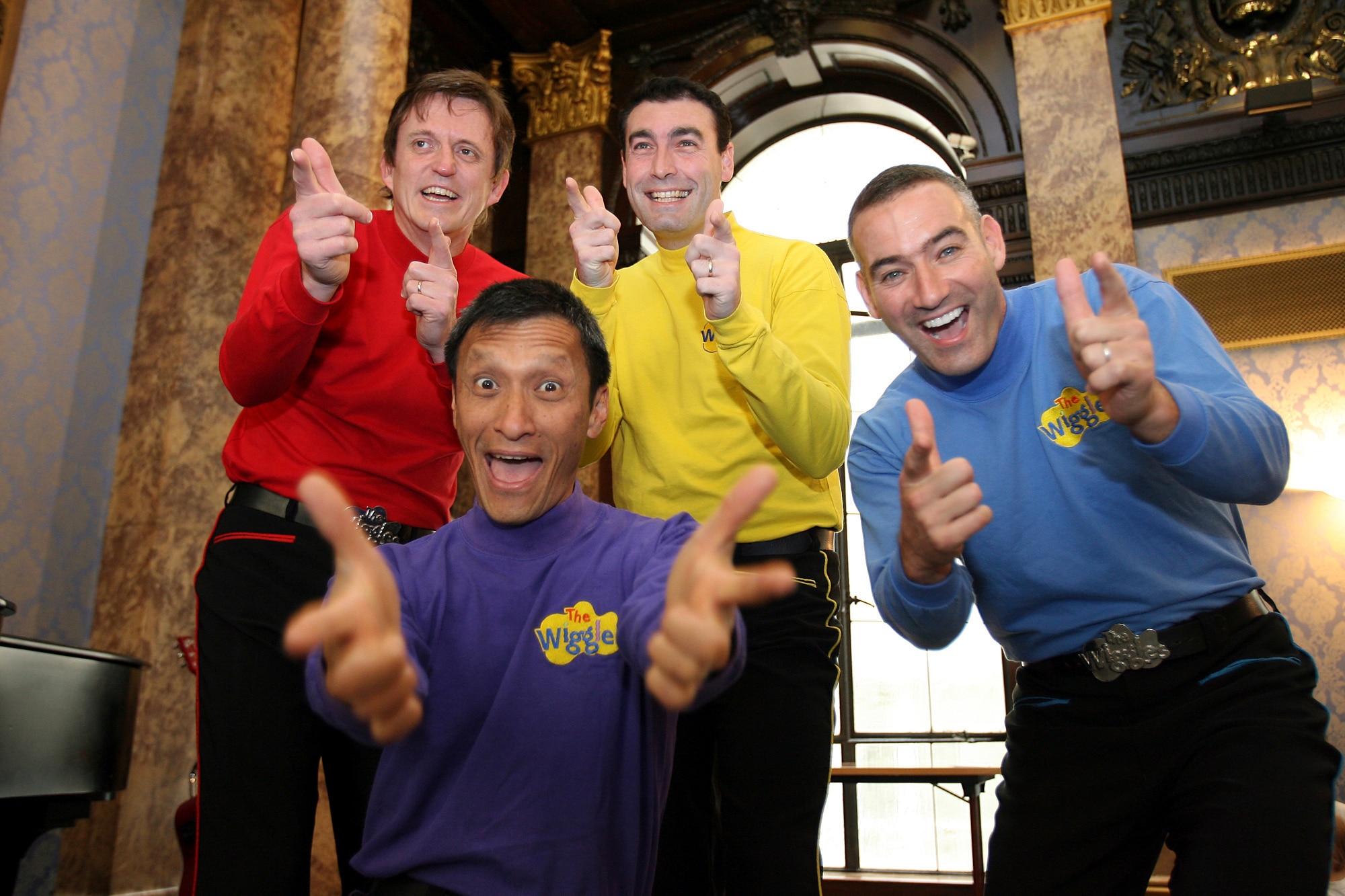 News of Page's attack prompted a flood of messages on the group's Twitter account, many from mothers who recounted how important the Wiggles' music had been for their children growing up.

"My kid had a stroke when he was 1 year old. None of the therapists could get him crawling or walking again. He finally started getting mobile because he was determined to get up and dance with the wiggles. My whole family will be praying," read one post. 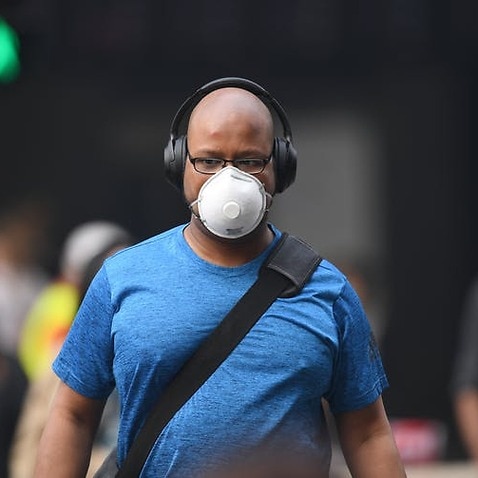 Bushfire smoke covers our cities. This is exactly what you’re inhaling

The bushfires have claimed 28 lives and burned more than 10 million hectares of land.

The blazes across the south and east of the country are also feared to have killed more than a billion animals, including many of Australia's unique marsupials and other wildlife.

Cooler weather and heavy rains across many firegrounds since Thursday have provided badly needed relief, but the danger of new flare-ups remains, with several weeks still left in the southern summer fire season.