From this year's Peruvian wool shawls in Lima to Chilean ponchos, brightly coloured shirts and Drizabones - the APEC 'family photo' is always a bit of fun.

World leaders have donned traditional Peruvian shawls made out of vicuna wool rather than the "silly shirts" for the annual APEC leaders' summit "family" photo.

The vicuna is a wild South American animal related to llamas.

By opting for shawls rather than ponchos, the attire generally associated with the South American nation, Peru may have been seeking to avoid the mockery that accompanied its hosting of the 2008 APEC summit.

On that occasion, world leaders appeared in voluminous ponchos, leading some to poke fun at the unflattering, shapeless garments for resembling potato sacks.

But Peru is not the only country to be ridiculed for the traditional clothing APEC leaders are required to wear for the family photo.

Here are five of the best.

The APEC leaders were kitted out in tight-fitting traditional "ao dai" tunics, which are now most commonly worn by women.

It's fair to say the full-length garment was not everyone's best silhouette and many of the world leaders looked visibly uncomfortable as they shuffled on to the stage for a photo-op. 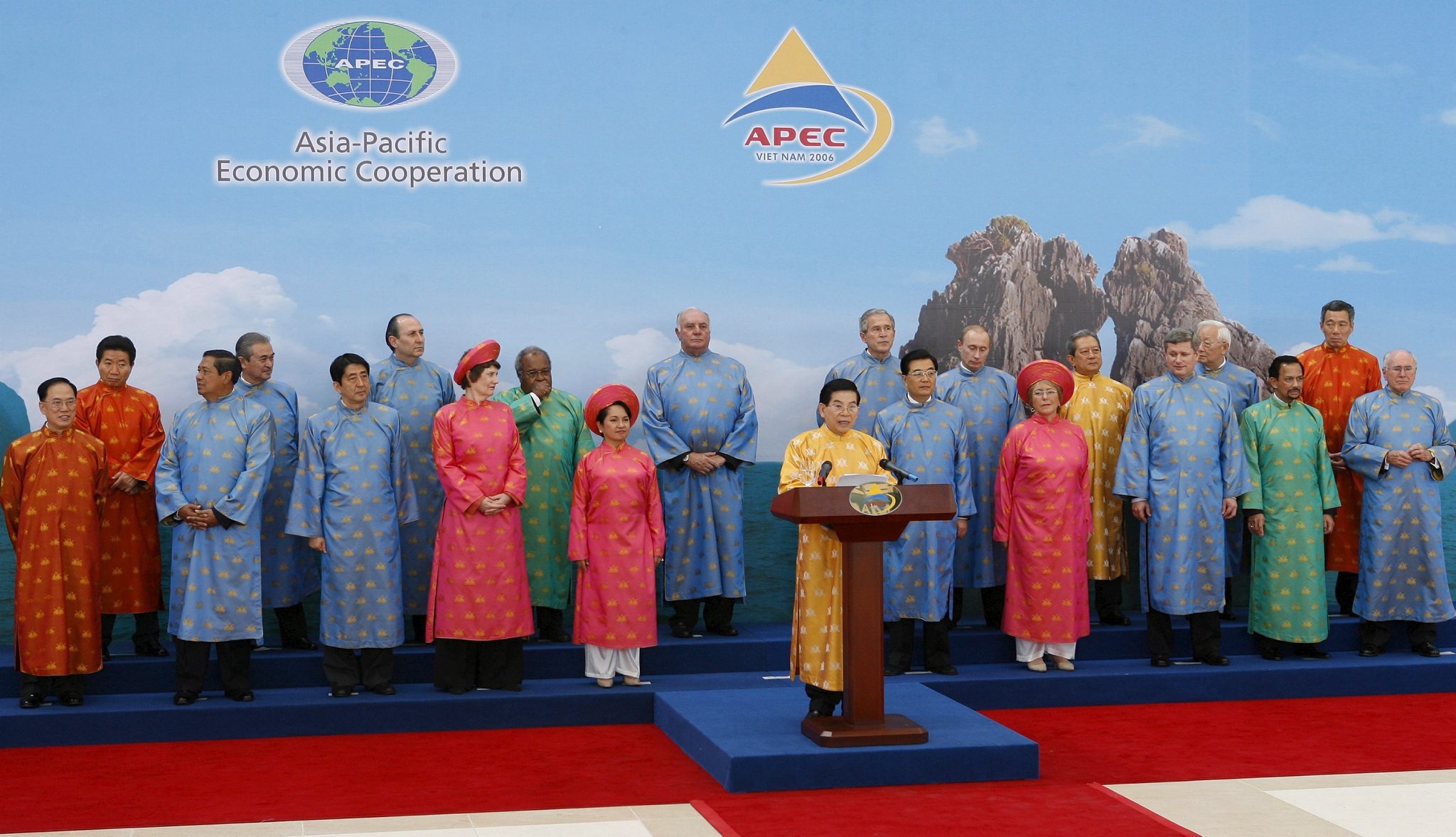 When Lima last held the APEC summit the traditional costume was widely ridiculed as looking like "potato sacks".

The poncho, like this year's shawls, were made from the wool of the vicuna, an animal found in the Andes mountains.

It is among the rarest natural fibers in the world, making it extremely costly and prized by fashion designers.

The vicuna, which as the national animal of Peru appears in the country's coat of arms, was revered by the Incas, whose ancient empire stretched over a large part of South America. Only members of royalty were permitted to wear its wool.

When APEC came to Australia, we did not waste the opportunity to have world leaders looking slightly odd in the family photo.

Australia's choice for the traditional garment was the Drizabone raincoat, favoured by farmers and those whose work often takes them outside in all weathers.

While less colourful than offerings from other countries, the raincoats were scarcely more flattering. 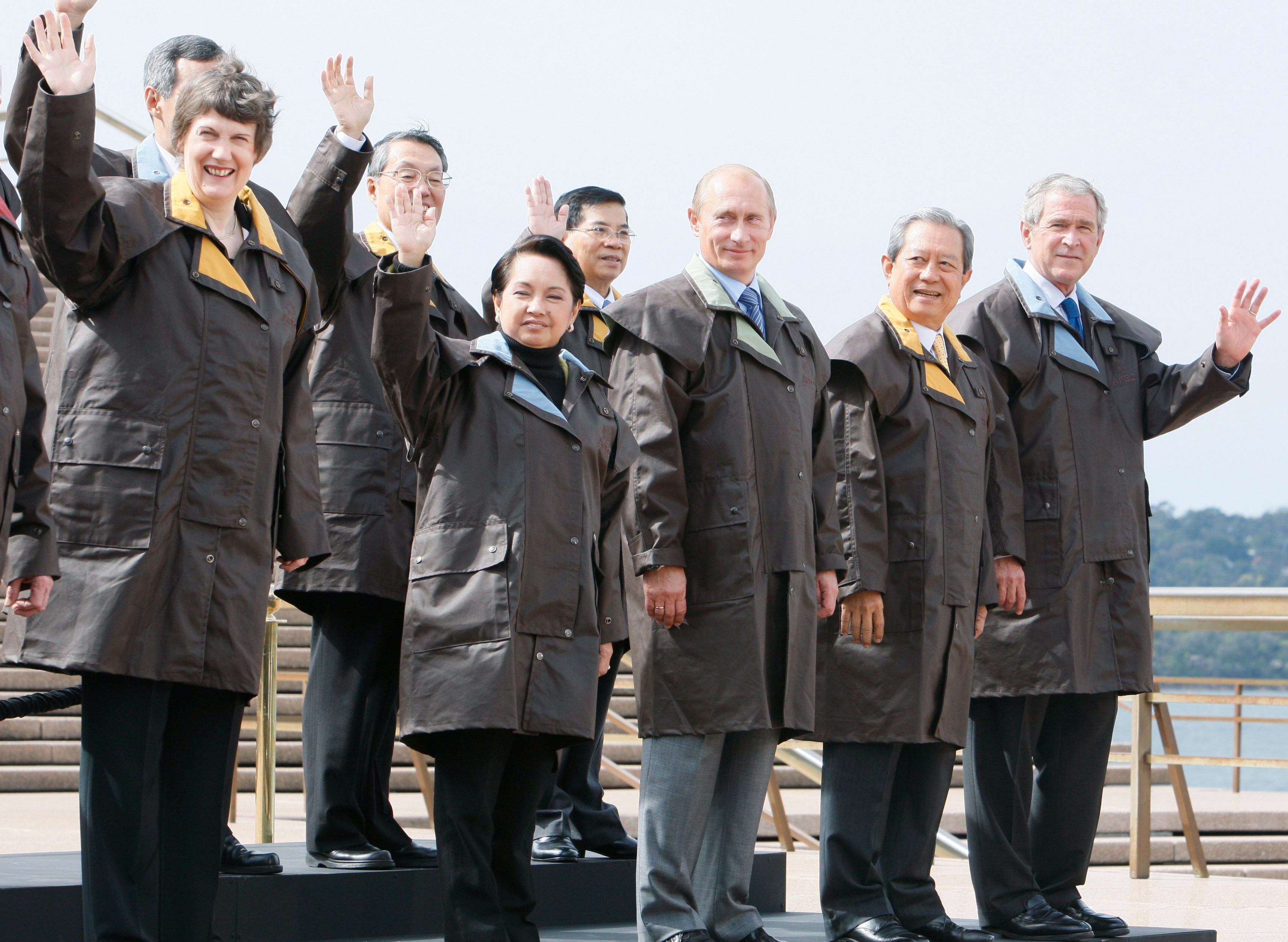 APEC leaders during a photo opportunity at the Sydney Opera House in Sydney, Australia in 2007. (AAP)
AAP

Why wear a brown poncho when you can wear a lavishly patterned one?

Santiago de Chile in Chile went all out with their traditional ponchos for the 2004 APEC family photo.

It would seem from the pictures that each leader had their own individual pattern. Cyberjaya, Malaysia must surely come close to winning the most colourful traditional garment.

The leaders dressed in intricately-patterned bright long-sleeved shirts for the family photo.

The pattern on the shirt is created using the traditional batik method, which involves using wax to create patterns before the fabric is dyed. 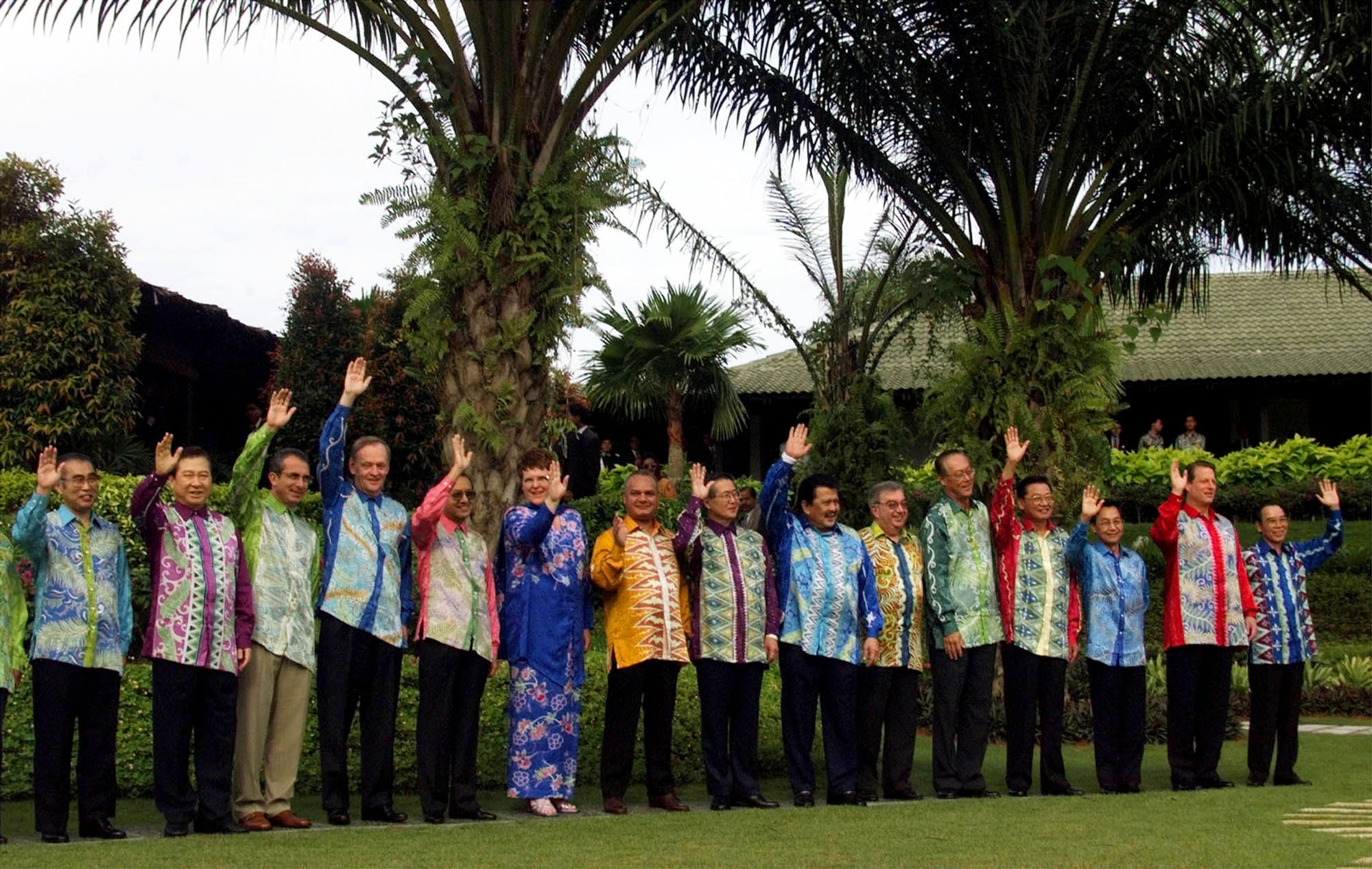 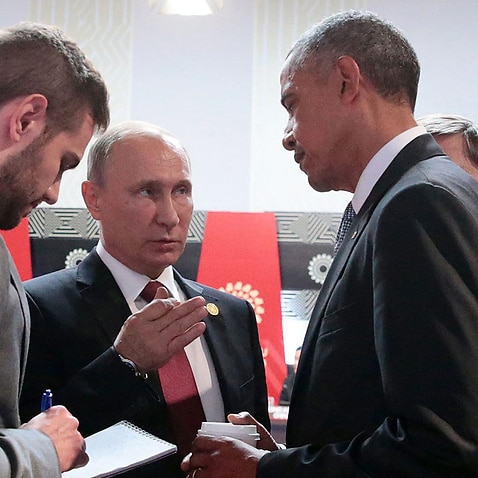 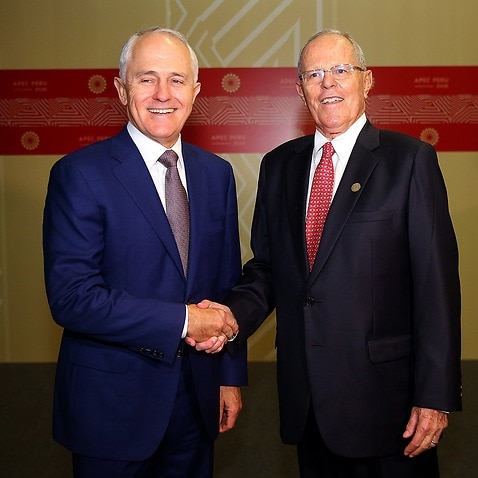