Of the 24 new local COVID-19 cases announced on Tuesday, 21 are linked to known outbreaks and 14 were in quarantine during their infectious period. 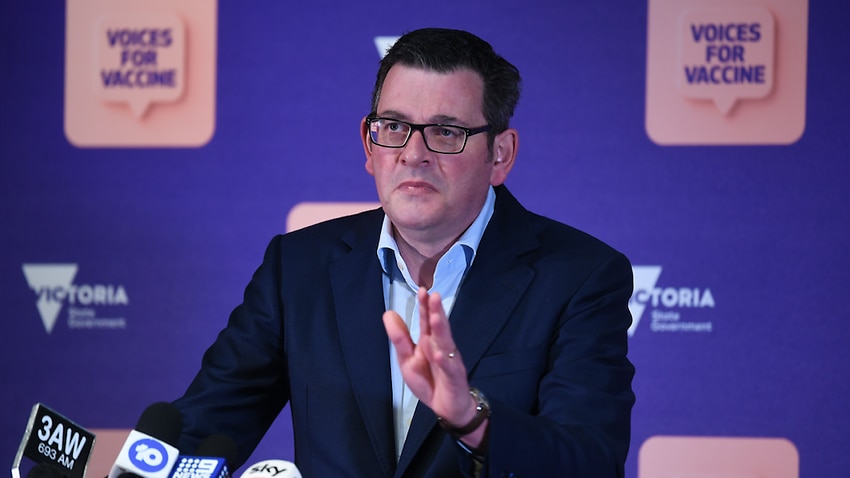 Victorian authorities have been left appalled by the "profoundly wrong" anti-Semitism directed at the state’s Jewish community after it emerged some flouted lockdown rules to attend an illegal party in Melbourne last week.

There were 24 new local cases of COVID-19 announced in Victoria on Tuesday, the first day of stricter lockdown measures in Melbourne.

Three infections were linked to the engagement party held in Caulfield North, which was attended by members of the Jewish community, taking the cluster's total number of cases to six.

The partygoers have drawn heavy criticism, but Premier Daniel Andrews stepped in on Tuesday morning to call out “some pretty appalling commentary” around the event.

“Anti-Semitism is unacceptable and evil, and we have a zero-tolerance approach to that in our state,” he told reporters.

“The event … was not a function of being Jewish. Those people [who broke the rules] are being dealt with. Them breaking the rules was not a reflection on the Jewish community more broadly.

“There is never, ever a place in Victoria for anti-Semitic behaviour or language. It's simply evil. We called out some bad behaviour yesterday. We didn't call out a community because that would be simply unfair and wrong, and that's clearly evidenced by so many Jewish community leaders stepping up and having condemned what has occurred.”

“We have seen it with Islamophobia, and the reality is communities are focused on protecting themselves, their families, and those around them.”

Of the 24 new local COVID-19 cases announced on Tuesday, 21 are linked to known outbreaks, while the source of the remaining three are unknown. Fourteen were in quarantine during their infectious period.

There were 31,519 tests processed on Monday, but officials want to see higher numbers.

"That is not high enough and I would ask every single Victorian, regardless of where you live, your circumstances, if you register any symptoms at all, please come forward and get tested," Mr Andrews said.

Melbourne's lockdown has been extended by two weeks, and the state government has reintroduced a curfew between 9pm and 5am and closed playgrounds in an effort to contain the city's latest Delta outbreak.

Exercise has also been limited to two people, large-scale construction restricted to 25 per cent of staff and people will not be allowed to remove their masks to drink alcohol in public.

From 11:59pm on Tuesday, authorised workers will be required to carry permits.

A person wearing a face mask is seen crossing a street ahead of the curfew in Melbourne, Monday, 16 August, 2021. Source: AAP

Overnight, the ACT was declared an extreme risk zone under Victoria's travel permit system. Anyone who has been in the ACT in the past 14 days cannot enter Victoria without an exemption or valid permit.

Greater Darwin and Katherine, which entered a 72-hour lockdown on Monday, were also reclassified as red zones, meaning anyone arriving in Victoria from the local government areas will need a permit and must quarantine for 14 days.

The upper house, however, will gather on Tuesday to debate and vote on whether it should continue to sit.

There are currently more than 14,200 close contacts self-isolating across Victoria and more than 540 exposure sites.