Scott Morrison has been elected Australia's 30th Prime Minister. One former Liberal Party leader says the latest leadership spill has some features that distinguishes it from episodes in the past.

"This is not a policy-driven event this time," he told SBS News.

"I mean, it's not as if there are substantial differences on energy policy. It was used as a bit of a cover. "But the fact is that Tony Abbott has been desperate to get even for the fact Turnbull replaced him as leader. And he's been working to undermine for many, many months, and this has brought it to a head getting Dutton to challenge." After John Howard's four terms in office from 1996-2007, there have been five Prime Ministers.

First, it was the Labor Party in 2010 and 2013, with Julia Gillard toppling the incumbent Kevin Rudd, and then Mr Rudd seizing back the leadership from Ms Gillard.

John Hewson led the Liberal Party in the four years to 1994 and was at the helm when the Coalition was defeated at the 1993 federal election.

He then lost a leadership spill to Alexander Downer in 1994. 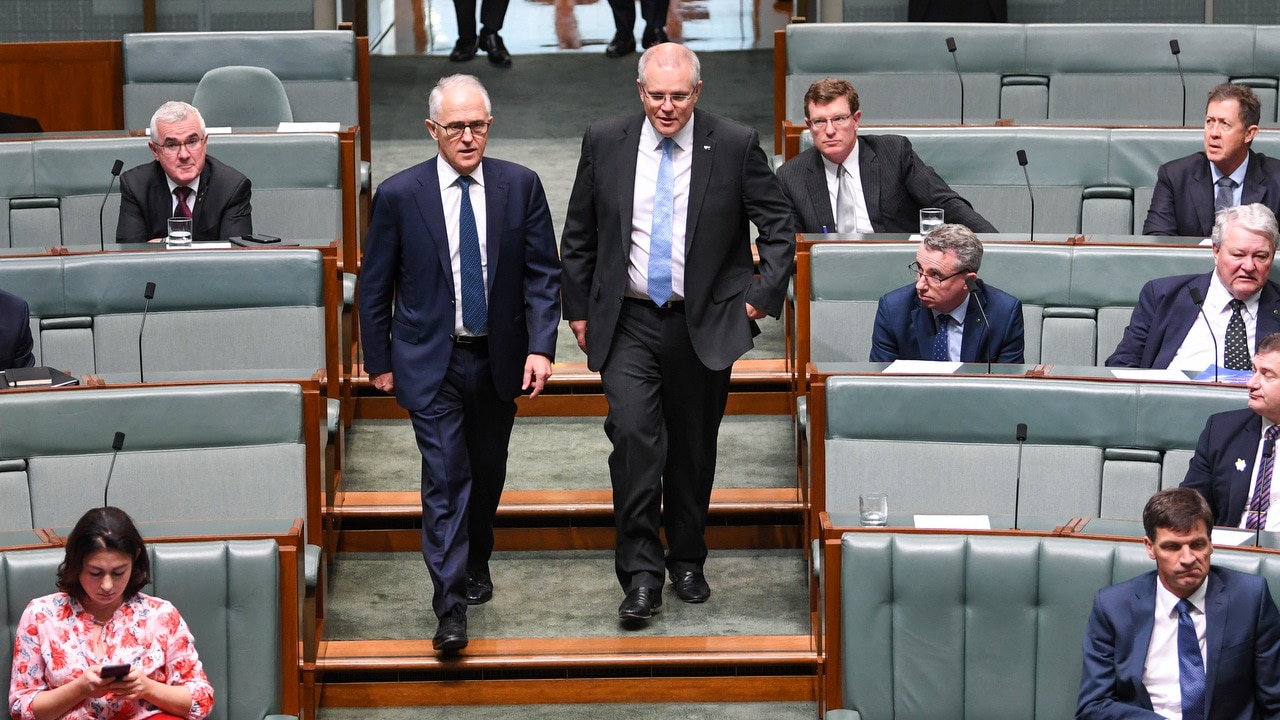 Happier days for Malcolm Turnbull when he was Prime Minister and Scott Morrison was Treasurer.
AAP

He said the political landscape has changed rapidly since then.

"People concentrate more on themselves and what they can get out of the system, then making a contribution to good government. That's been a big trend in both major political parties."

The pattern of leadership spills

When there is strong discontent within the party room, the leader of the party is forced to convene a meeting.

All members of the party attend and all positions are declared vacant.

Nominations are called for leader and deputy leader of the party.

Whoever receives more than 50 per cent of the party room vote becomes the leader.

'A slap in the face for Australian public'

Queensland Labor Premier Annastacia Palaszczuk said there is another unusual facet of this spill.

"To adjourn parliament is a slap in the face to the Australian public. I haven't seen the likes of that happen before, and let's hope that the turmoil ends in Canberra, and our federal parliamentarians can get back to their jobs."

Under the Westminster political system, Australians vote for the party, not the prime minister. It's up to the party in power to elect their own leader and by doing so, decide who will fill the top spot.

Within the Coalition, the leader of the Liberals becomes prime minister, while the Nationals' leader becomes deputy prime minister.

"The expectation of the electorate is that if the government's going to change, they want to change it," he said.

"They want to be part of the process of changing it, not have someone inflicted upon them that they wouldn't have otherwise supported."

Liberal Senator Linda Reynolds has told the Senate she has been distressed and disturbed by events.

"I think the tragedy of what has been happening, I think the madness of what has taken hold of a number of my colleagues is that this has been a very good government, and a government is always more than a leader, and the leader is only ever the sum of those he or she serves with."

In another unusual feature of this crisis, Mr Turnbull is accusing sections of the media of waging a campaign against him. Timeline: How the rising threat to Turnbull unfolded

"News Corporation - so we're talking about The Australian, Daily Telegraph and all of those tabloid newspapers around the country, 2GB in Sydney, led by Alan Jones and Ray Hadley, and Sky News in particular, with its evening line-up - are waging a war against the Prime Minister of Australia.

"Now that's what they think, that's just reporting the news. Apparently if you say that to them now they get their knickers in a huge twist. Now, if they want to be players in this game, which is apparently what they are, and they're working behind the scenes as well as in front of the scenes.

"If they are making phone calls to people, trying to push people over the line, then they're part of this story. So all I'm saying is, if they want to dish it out they should be prepared to take it. And they're among the biggest bullies in the land and it's time people call them out for what they are."

Former prime minister Julia Gillard has weighed in, saying she understands why Australians would look to a leader like New Zealand Prime Minister Jacinda Ardern in times like these.

"I can understand why people would want to go and live in New Zealand given the leadership of the current prime minister; and to be there in a nation that's showing to the world that you can be a prime minister, a woman, a mother, and still be doing it all."

Liberal MP Craig Laundy, an ally of Malcolm Turnbull, has told the ABC change is needed to avoid another situation like this in the future.

"I think we're sadly seeing modern politics is broken and it needs to be fixed. And sadly I think the cause of that dates back to the Rudd and Gillard years. "And I, as someone who comes from outside politics in, not a political background, I think that until we have generational change inside politics today and the next generation of politicians coming through -- and there are still people involved with legacy issues from that period -- I sadly think we're going to see more of the same."

Nationals MP Mark Coulton says there are more important issues the government should be worrying about, such as the drought in New South Wales.

Mr Coulton has called for an end to the leadership chaos.