Ross Cameron has been let go from Sky News after on-air comments many said were 'racist'.

Sky News host Ross Cameron has been fired after making “totally unacceptable” on-air comments earlier this week about the appearance of Asian people.

Sky News head Paul Whittaker confirmed Mr Cameron’s sacking in a statement on Friday afternoon and apologised to anyone who may taken offence from the comments.

"Sky News is committed to robust discussion and debate, however this language is totally unacceptable and has no place on any of our platforms, nor in modern Australian society,” Mr Whittaker said.

“If you go to the Disneyland in Shanghai on any typical morning of the week you’ll see 20,000 black haired, slanty-eyed, yellow-skinned Chinese, desperate to get into Disneyland,” he said.

The episode has been removed from all Sky News platforms.

Part of me doesn’t want to give this any attention, but this is nasty even by the low standards of Sky News and Outsiders. Ross Cameron and Rowan Dean: don’t complain if you’re called racist and bigoted. That describes your program accurately https://t.co/tozHGAjsUx

The comments were also picked up by activist group Sleeping Giants Oz, who have been pressuring companies who advertise with Sky News to withdraw their ads.

Mr Cameron has since said he is “happy to apologise” to “anyone who has taken offence” at his remarks.

“I think it was clumsy and it could have been done better and it was a failure on my part, definitely,” he told Macquarie Radio on Friday afternoon.

Mr Cameron is the second Outsiders host to be sacked in two years, after former Labor leader Mark Latham was fired in March last year. 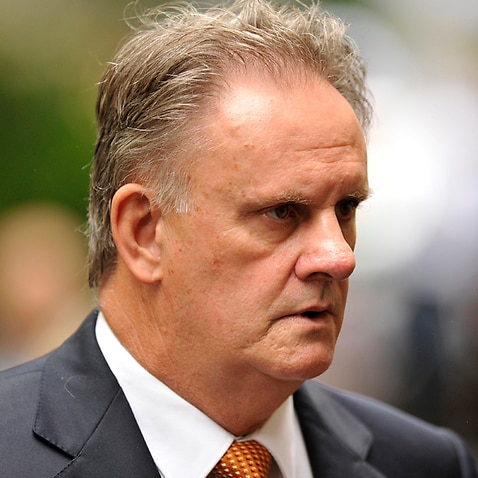 Sky News and Mr Cameron have made the headlines a number of times in 2018.

Liberal Democrat Senator David Leyonjhelm was invited onto the Outsiders program in July to discuss comments he made in parliament  about Greens Senator Sarah Hanson-Young, which has since yielded a defamation case.

In May, Sky also issued an apology after backlash for allowing far-right activist Blair Cottrell - who was convicted in 2017 of inciting contempt and ridicule of Muslims - to appear on the network to talk about immigration.