Arthur Seigneur is carving out his niche in the art market

Straw marquetry, the 17th century European art form, is seeing a revival in the unlikely place of Sydney, thanks to French artist Arthur Seigneur. 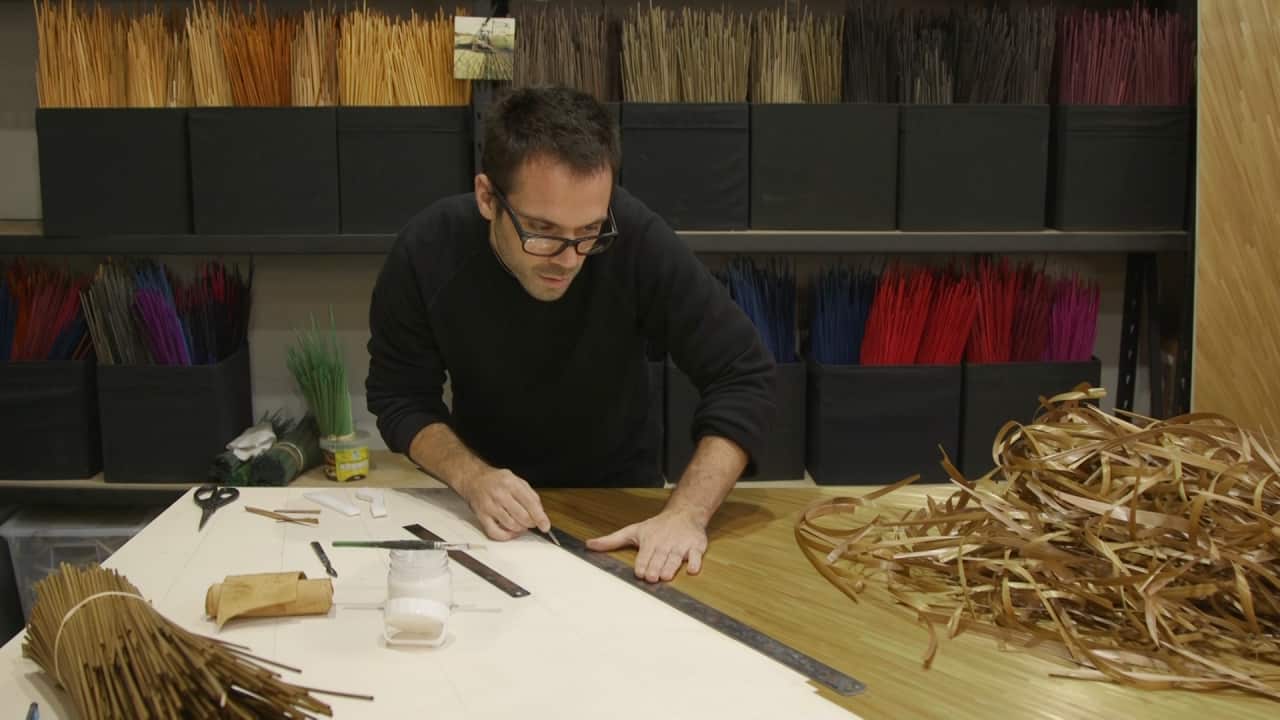 Artist Arthur Seigneur is one of only a handful of straw marquetry artists in the world, and to his knowledge, the only one based in Australia.

Arthur creates his art using only straw, a ruler, and glue.

“Each straw is maybe less than a centimeter wide, so they all glue on one by one,” says Arthur.

“They first have to be opened, split with the nail and then flattened. And then one by one each straw needs to be glued on to the service to create that décor”.

Straw marquetry became popular across France, England, Italy and the Netherlands in the 17th Century, when it was cheaper than using traditional wood.

It was practiced by cabinet makers as a replacement to expensive wood marquetry.

The art form saw a brief resurgence in the early 20th century again in Europe, but now Arthur is determined to make his mark in Australia in the present day.

But the journey hasn’t been easy for Arthur.

Moving to Australia with no designer contacts and with few people knowing of the craft made it difficult for Arthur.

“I sort of arrived with nothing. I had to build all the networking, and nobody knew the material.”

“I had to do pieces at my own costs, go to exhibitions, and explain to people what straw is and where it’s been used”.

Arthur believes it has been social media that has helped him create the interest of straw marquetry in Australia.

“The internet is a great tool today for our society. If we want to show our work, I think it’s really important to have social networking”.

Arthur trained as a furniture maker in France before falling in love with straw marquetry.

He says he was intrigued by the craft because of its simplicity.

“I think it was because of the shine of the straw, and the idea of working with such tiny material,” Arthur describes.

“It’s still a craft that is from the 17th century.”

“No power tools are used, everything is done by hand. It’s really a hands-on craft and that’s what I really like about it”.