For the love of scarves

A love of natural fabrics and bespoke designs inspired Sonya Michele to make her own scarf range, but a family tragedy gave her the push to take the business to the next level. 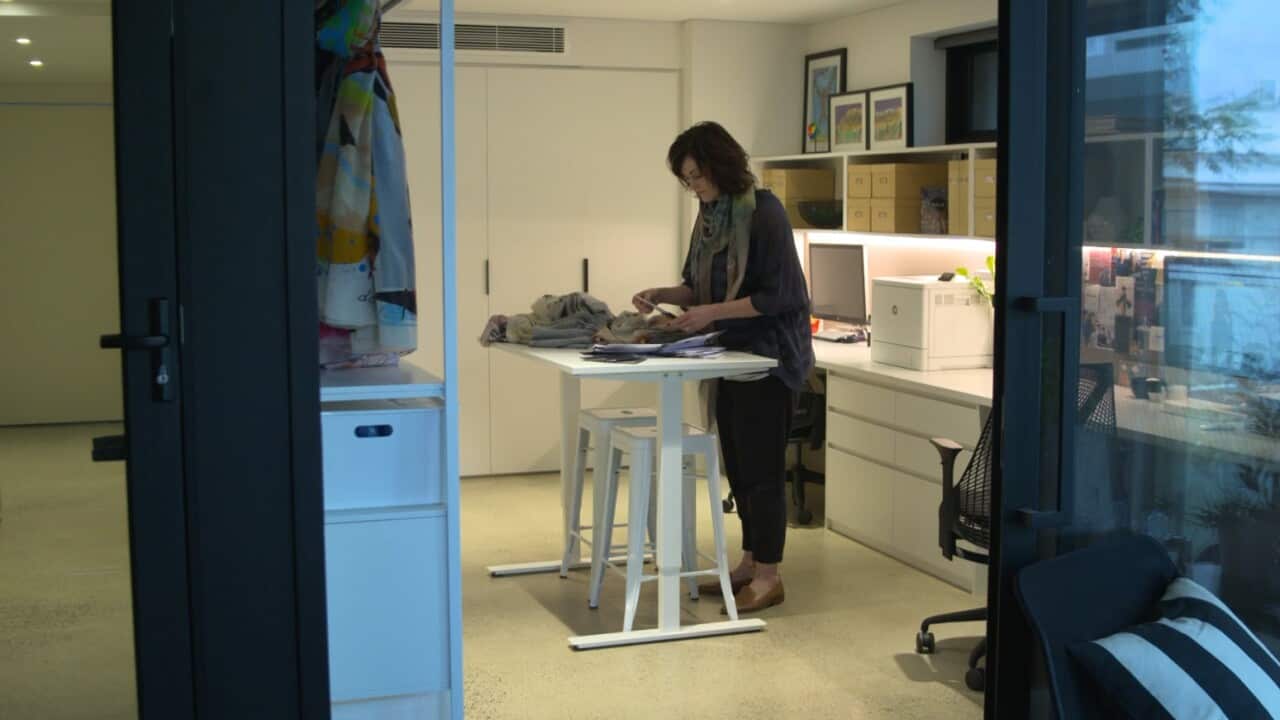 In business, they say follow your passion, and for Sonya Michele, her passion has long been a particular fashion accessory.

“I was a scarf lady! I’ve always worn them as part of every day,” she laughs.

But becoming a scarf designer was never the plan - until a fateful conversation with a friend.

Advertisement
“I’d been in the corporate world for quite a while and just wasn’t satisfied with it,” Sonya says.

“And literally one fine day in the dog park I said to a friend, 'I can’t find scarves -  I love scarves but there nothing interesting out there'."

The idea stuck, and dog&boy is the result.

The brand of premium scarves, named after her own dog and boy, launched two years ago - the product of a lot of hard work.
Sonya's dog and boy. Source: Supplied

"I don’t come from manufacturing so everything I found out was new. So initially I engaged an agent here in Australia and they sourced a factory in China. And what I didn’t realise was how premium that service was,” Sonya explains.

“Quickly I learned my manufacturing costs were something I could control. In subsequent ones I’ve then gone out and sourced directly myself.”

She now has a manufacturer based in Hangzhou.

Sonya's start-up investment totalled $50,000, funded from her and her husband's own savings. That was spent on things like setting up a website, inventory and marketing.

But just as she was setting up, she faced a major setback: her mother was diagnosed with brain cancer and quickly passed away a month later.

“It happened while I was in the process of building the business and ready to launch it. Her death doesn’t define the business but it had a big impact on the branding and the story as well. It really made me realise what it is to appreciate everything, every day - so that's where these design stories come from.”

Her mother’s legacy lives on in her scarves too. Sketches she drew of magnolias – her favourite flower - have been used in a scarf design.
Sonya's mother's sketches have been incorporated into one of Sonya's scarf designs. Source: Supplied

“She'd be pretty chuffed about that,” Sonya says. “She would have loved to have been along on the journey with dog and boy."

Two years since launching,  dog&boy is covering its costs and donating part of its earnings to the Cure Brain Cancer Foundation. The plan is to be profitable within the next two years.

About 10% of Sonya’s sales go overseas at the moment, but she’s keen to grow that further, particularly in Asia and the US.

“We have just over 50 stockists in Australia and New Zealand now  - we export directly to consumers in the UK, Hong Kong, Singapore, Canada and the US - then on the wholesale side of things, we’ve launched into China, and soon into Indonesia as well.”
dog&boy scarves. Source: Supplied

As the business grows, Sonya is looking at investing another $30,000 to grow the export side of the business.

“I mean I’ve never worked such long hours for no pay - but I’ve never been so satisfied either,” she says.

“I’d love to be stocked in the Anthropologie store in the US. I think we have similar brand ethos. That would be the ultimate goal.”