The 'greatest convenience store on earth'

From a shop in Redfern to a pop-up at the Opera House, Hazem Sedda's humble convenience store has come a long way - all thanks to Instagram. 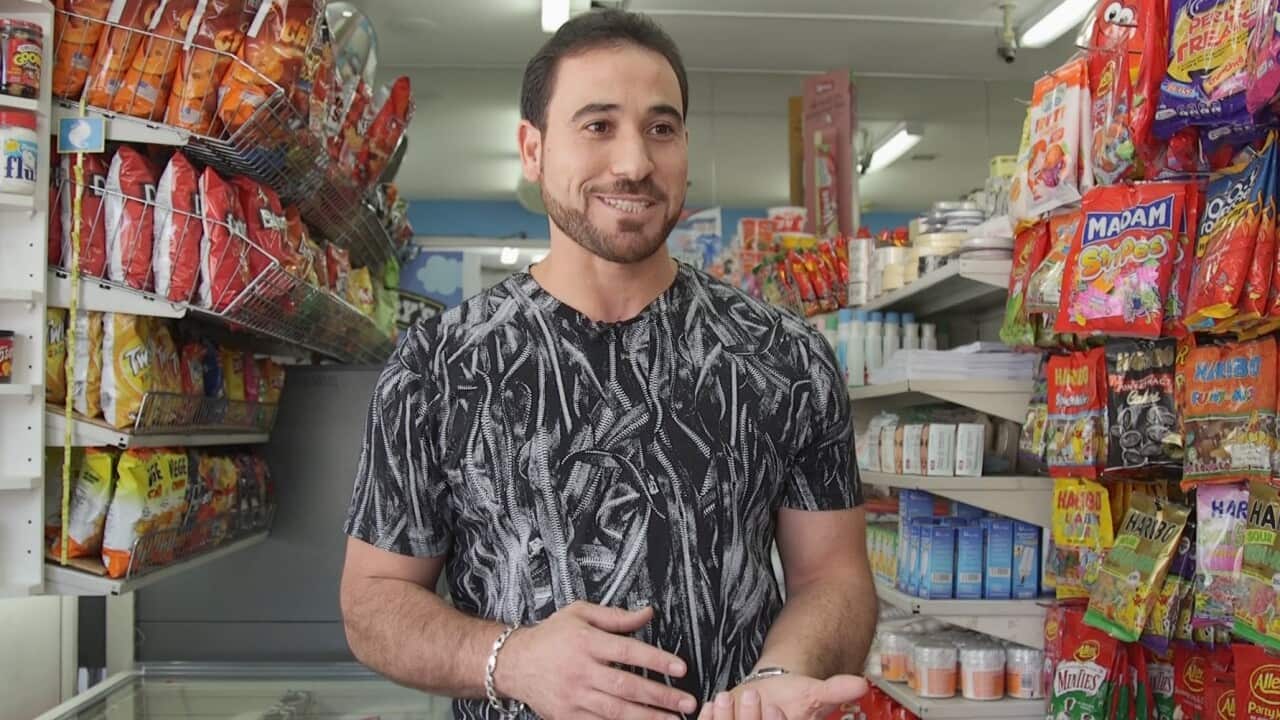 When Hazem Sedda's father opened a convenience store in the Sydney suburb of Redfern nearly 20 years ago, he could have scarcely imagined it would one day become a social media sensation.

And some day being asked to create a pop-up location at the Opera House? Inconceivable.

"My dad came here and started the business, struggling the whole time, trying to raise his family... he didn't even know how to get to the Opera House," Hazem says.

But recently the Opera House is exactly where father and son found themselves, selling snacks to the crowds attending Binge Fest, a podcasting, TV, and performance art festival.

It all follows from the success of the store's Instagram account, something Hazem was convinced to set up by his friend and 2GB presenter, Ben Fordham.

"[At first] I said, come on man, it's a convenience store! Who's going to come from city to my shop to buy 600 Coca-Cola! But he says 'no your shop is different'.

That's because the shop is a bit of a haven for expats - Americans can find childhood favourites like Pop Tarts, Cinnamon Toast Crunch and Cheetos, while an Irishman can get his Irn Bru fix. Jarritos soft drinks from Mexico, and Giant Jelly Babies from the UK are also on offer.

"We start to tag people as 'customer of the day' [on Instagram] and that's how it just jumped from one level to another level."

Hazem tags a 'customer of the day' on Instagram. Source: Supplied

Hazem has since collected more than 7700 followers, and was named one of the top Instagram accounts in Sydney by Buzzfeed.

He says the social media fame has boosted business by 10 - 20 per cent.

And while other convenience stores in the area have closed, he says his Instagram success has helped him stay afloat.

From the Middle East, to Redfern, to the Opera House, it's been a remarkable journey for Hazem, who says he knew only basic English when he arrived in Australia in 2003, three years after his father.

"I'd just finished high school back home in Palestine. I was a little scary to speak in the beginning. So I [would] hear people talking to me, I understand them, but I'm afraid to talk back to them."

Hazem serves customers at his pop up location at the Opera House during Binge Fest in December 2017. Source: Supplied

He credits his success to his Middle Eastern work ethic, and the opportunities made possible in Australia: "We [Middle Easterners] don't like to ask for things, we like to make things happen - so if we need something, if we have a goal, we have to do it."

"I love Australia. I love it as much as I love my home country. Australia gave us everything we need - the study, the work, the safety. So we are lucky to be here."