The milk bar that's a blast from the past

One businessman is reviving the humble romance of Australia’s love affair with milk bars by re-opening a suburban corner shop in all its former retro glory. 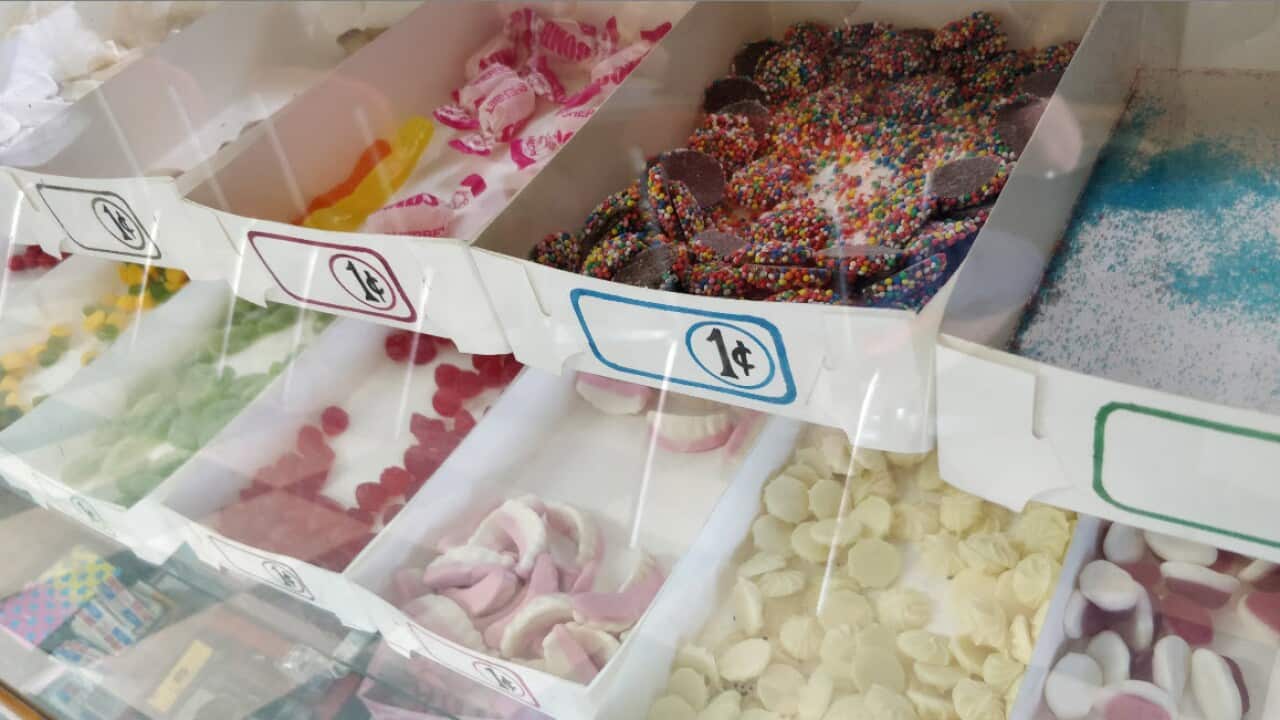 But it’s not enough to scare Tony Fitzgerald away from his love for milk bars.

The owner of Milk Bar Café 2223 has a passion to share his memories of the iconic suburban milk bar with others, through his 2017 version of the thriving 1960s-1980s business.

“There are hundreds of cafes all around Sydney and they’ve got a general theme so I wanted to do something different where people can come in and relive a bit of their youth,” Tony said.

The business has only been open for two months but has been overwhelmed by customers.

He says he’s got a lot of staff and it’s necessary, but wages in all small businesses “are always a killer”.

“But the biggest challenge in a business is with council,” he said.
Tony spent about $130,000 on the cafe, which is decked out with retro memorabilia that took about nine months to find. Source: Supplied

“There’s a lot of restrictions I never knew about, and that was a learning curve."

“But our council has really come on board and given me guidance… if I didn’t have their support I don’t think I could’ve done it.”

He is confident the busy business isn’t thriving from the novelty factor, but from people’s desire to re-establish community and trust through the iconic Australian milk bar when the Australian Dream was a strong societal value.

And he’s been pleasantly surprised by seeing who comes through the shop’s doors to relive buying one cent lollies, playing with pinball machines or seeing memorabilia associated to their youth.

For Rosemary Psaila, it’s something that resonates with her and prompted her to take her children there for a visit.
Rosemary's parents and grandparents once owned a milk bar. Source: Supplied

“It feels amazing and definitely takes me back to my childhood where my grandparents and parents owned a milk bar in the country,” she said.

“So it feels awesome just to get the kids to experience the same thing these days.”

“It’s like you’re rolling back in time and it reminds me of me going into the milk bar … it just brings back memories, it’s unbelievable,” said another customer Paul Lambrow.

The cafe has attracted a range of customers ranging from young to old. Source: Supplied

Tony says he’s been surprised by such a diverse clientele that range from young mums to students and couples in their 90s.

“We’ve got people coming in because they want to have that nostalgia,” he said.