Given one-third of all small businesses in Australia are operated by migrants, it should come as no surprise many are culturally diverse. But there is always room for improvement.

Emmanuel Makrandreou took over Irene's Dry Cleaning 12 years ago, keeping in the family the business set up by his parents in 1972.

"It wasn't something that I consciously thought was something I wanted to do," he said.

"I used to work for a mining company beforehand and my skill set was different, but at the time my father became ill my mother was the primary carer, so I had to step up and help them."

His mother Irene still works in the business.

She's one of 12 employees from a migrant background.

"We have people from 16 to 65, male, female, and from many corners of the globe, it is a United Nations, essentially."

Despite that mix, Mr Makrandreou said cultural background wasn't a consideration in their employment.

"It's all about skill set, it's all about the ability to train and to deliver an outcome so we hire on the basis of existing skills or the promise of what people will be able to deliver for us."

Lisa Annese, CEO at Diversity Council Australia, said businesses which genuinely recruited on merit and talent would automatically get a diverse workforce.

"When you see homogeneous workplaces then you know something is afoot."

"For small organisations who don't even think about it, if you genuinely only recruited on merit and talent you would automatically get a diverse workforce.

"When you see homogeneous workplaces then you know something is afoot, you know that people are being ruled out even subconsciously because of something that makes them different."

An exclusive survey conducted by Sensis for SBS found that 61 per cent of small business owners considered their workforce to be diverse when it came to factors like race, gender and age.

On multiculturalism in the workplace, 59 per cent said they were culturally diverse.

The report identifies Victorian small businesses as the most culturally diverse, and Tasmania the least.

By industry nationally, 79 per cent of health and community services operators consider themselves multicultural but only 43 per cent of retailers.

The Diversity Council's Lisa Annese said they were good results.

"They're high numbers compared to the corporate world."

However, she said more can be done.

"Most organisations have customers or shareholders or employees who are from diverse groups, and therefore it makes sense that diversity in the workplace is the right thing to do to satisfy those commercial needs.

"But overall it's designed to be consistent with increases in complex problem solving, employee engagement, productivity and profitability."

Ms Annese added there might be some challenges associated with a diverse group.

"You do have to be aware that sometime diverse thinking leads to a lack of groupthink, which is a good think but can lead to conflict as well.

"But managers who are good managers who do diversity well know how to create workplaces who are inclusive of people who are different and so they are able to mitigate those risks."

As for Irene's Dry Cleaning's Emmanuel Makrandreou, he said the cultural diversity helps his business.

"Perhaps it is when we have a network of people who can help us with customers who can't speak a certain language.

"We know it all too well being Greek migrants how the Greek community would come to us and we would communicate and I would translate for my parents at the counter." 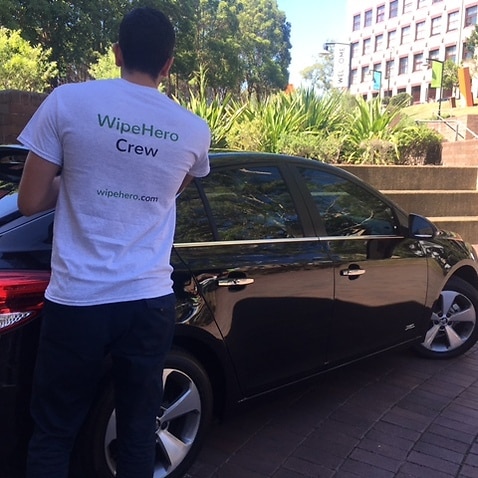 Information around small business grants not always easy to find