Activists from the Get Up! organisation have released footage secretly filmed inside the closed detention centre on Papua New Guinea's Manus Island earlier this week which they say depicts a 'living hell' for the men there.

The footage, filmed by the activists on Sunday night (November 5) shows blocked toilets and filthy bathroom facilities with no running water, and men sleeping outside on folding tables in sweltering conditions.

It shows the men have used wheely bins to catch and store water and also dug wells in search of ground water to use for drinking and cooking.

There are handwritten signs on the wall reading "Why do you exploit our weakness?" and "Shame on you". 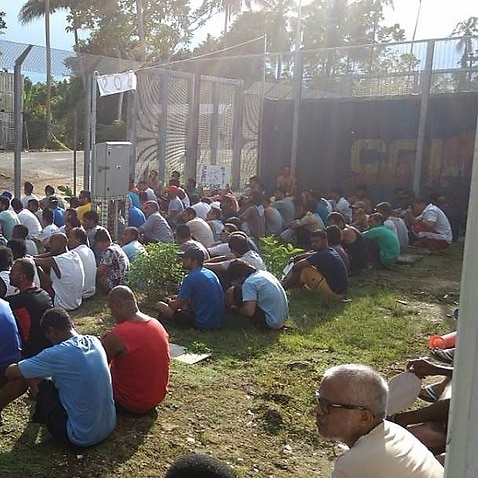 The detention centre was closed nine days ago after a decision by the Papua New Guinea Supreme Court.

Approximately 600 men have refused to leave and move to other facilities, saying they fear for their safety if they do so.

The ABC was granted some access just before the camp closed last week.

On Thursday the PNG authorities gave the men 48 hours to leave voluntarily or they would face forcible removal or arrest. Authorities then began dismantling the high security fences around the camp.

Food, water and power to the site were cut off nine days ago.

The refugees who are gathering in a shelter in RPC are asking humanitarian organisations, ppl & politicians around the world to prevent Australia & PNG from killing us in this remote prison

The refugees are emphasising that our protest is completely peaceful. They've made a human chain in a peaceful way. Stop threatening us.

In the footage, one detainee explains why they wanted the activists to film the conditions they are living in.

"We as the detainees and refugees, we did our best to send our voice to the world, but we know that ... people don't believe what we are doing. Only the minority are believing on it.

"This for us, it is a historical moment. Since 2001 when Australia made an agreement with the Papua New Guinea government to open this detention centre on Manus, they did not allow or give access to any media to come inside the detention centre.

"In the day it gets so hot that you can not even stay here for five minutes. 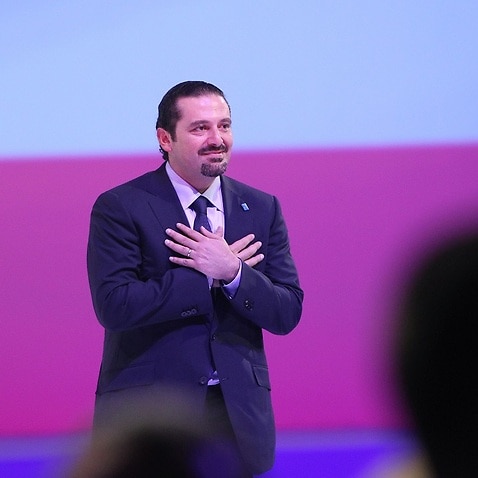 Another detainee says on camera, "There is no water here ... because of the dirtiness and the filthy place that these toilets are, many people have gastro problems and got very ill because of using these toilets. We had 20 people in a day many times having gastro issues."

PNG police and Immigration threw away "water" that we stored from rain for shower and drinking.
They said it's an Order from ABF.
Thank you Australia, @TurnbullMalcolm @PeterDutton_MP @billshortenmp once again. pic.twitter.com/KEqlvS7FXX

Malcolm Turnbull is urging almost 600 men holed up inside the mothballed immigration detention facility on Manus Island to comply with Papua-New Guinea law.

A showdown is looming at the centre with PNG authorities warning they will use force to remove barricaded refugees and asylum seekers.

The men believe it's safer to remain in the compound rather than risk being attacked by locals at new facilities near the main township of Lorengau.

The prime minister insists the new facilities are fully-equipped and resourced.

"They need food, water, security, healthcare, they have all that spare," Mr Turnbull told reporters in the Vietnamese city of Da Nang where is attending the APEC summit.

They also needed to comply with PNG law, as did activists including Greens senator Nick McKim who were encouraging the men to stay put.

"They are acting in a way contrary to the interests of those refugees and other residents," Mr Turnbull said.

'Death is inevitable in coming days'

Get Up!'s human rights co-directors Shen Narayanasamy and Matthew Phillips said they were smuggled into the camp with videographer Paul Mackay at night by local Manus Islanders "who are increasingly opposed to the Australian government's treatment of the refugees".

"Death or serious illness is inevitable in coming days. These men are sick, thirsty and hungry. The conditions are appalling and it's obvious you wouldn't choose to stay here if you thought you could be safer elsewhere," Ms Narayanasamy said.

"There is a great threat of violence from the PNG army and the Manus Island community has made it very clear it doesn't want the men to move into accommodation closer to town.

"The men face a slow death if they stay in the detention camp, but outside they believe they will rapidly be in danger. It is a humanitarian emergency." 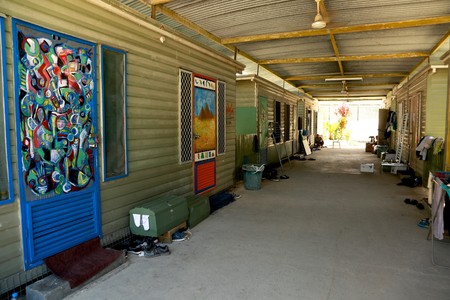 The activists blame the Australian government for the standoff, which they said is a humanitarian crisis.

"Only the Australian government has the capacity to evacuate the camp," Mr Phillips said.

But on Friday Cabinet minister Christopher Pyne said the refugees who remain in the centre are squatting.

"All those people in Manus Island who are at that detention centre are effectively squatting there," Mr Pyne said.

In a statement, the Department of Immigration and Border Protection said media reports regarding the conditions of the facility "fails to acknowledge that those still residing are doing so by choice. There is new, clean, safe, alternative accommodation available to them."

Earlier this week the PNG Supreme Court rejected an application by a refugee to have services to the camp restored, and now a lawyer representing one of the refugees has lodged an appeal against that decision.

"It should come as no surprise that the refusal of some to move from the decommissioned RPC site has allowed these facilities to fall into disrepair," the Immigration Department wrote in a statement.

"We categorically reject all claims that this represents a ‘humanitarian emergency’ as has been alleged in some quarters.

"A small group of people, intent on coming to Australia, continue to misrepresent the circumstances they face.

"There are already around 150 refugees and failed asylum seekers who have moved to, and are receiving services at, the alternative accommodation sites."