The evacuation from Western Australia of European passengers on board an infected cruise ship will begin in a matter of days.

German tourists to be evacuated from an infected cruise ship in Western Australia have expressed frustration that social distancing measures are being “completely ignored”.

The MS Artania cruise liner was allowed to dock at Fremantle port Thursday night, due to a medical emergency involving one its passengers.

The cruise liner was expected to arrive in Western Australia this week to refuel only, but later requested health assessments and COVID-19 tests from WA authorities.

The evacuation of passengers looks set to begin this weekend
Facebook

Some passengers of the MS Artania have expressed concern on social media that orders to self-isolate are being ignored.

“We are supposed to stay in our cabins, but each deck is allowed outside three times a day for one hour,” passenger Peter Holzer posted on Facebook.

Mr Holzer said passengers have been told they will be transported directly by bus to Perth Airport on Saturday, where chartered flights have been arranged to depart on Sunday.

Another passenger posted: "(On the 24th of March) everyone had their temperature recorded. But even since then, potential patients have been wandering through the ship.”

“One woman ran onto the deck shouting ‘my husband is sick’”. 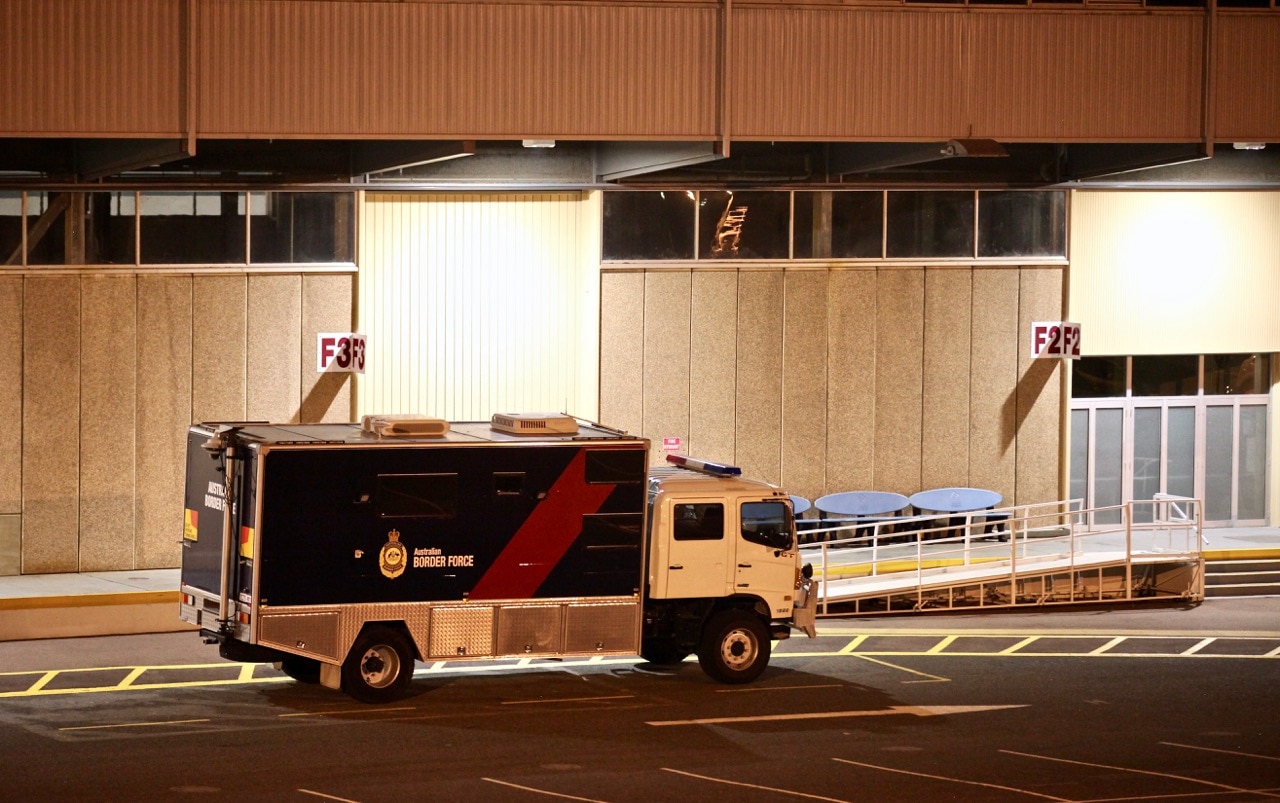 Seven passengers have been diagnosed with COVID-19.
Aaron Fernandes/SBS News

The concerns come as Australian authorities finalise arrangements with the German government to evacuate some of the more than 800 passengers and 500 crew members on board.

The company responsible for the MS Artania, Phoenix Reisen, issued a statement saying specially-chartered flights will take passengers from Perth to Frankfurt.

“Passengers may only take one item of luggage - the rest will be shipped to Germany,” the statement said.

“Non-permanent residents of Germany must have onward international flights organised from Frankfurt, to be allowed to fly from Perth.” 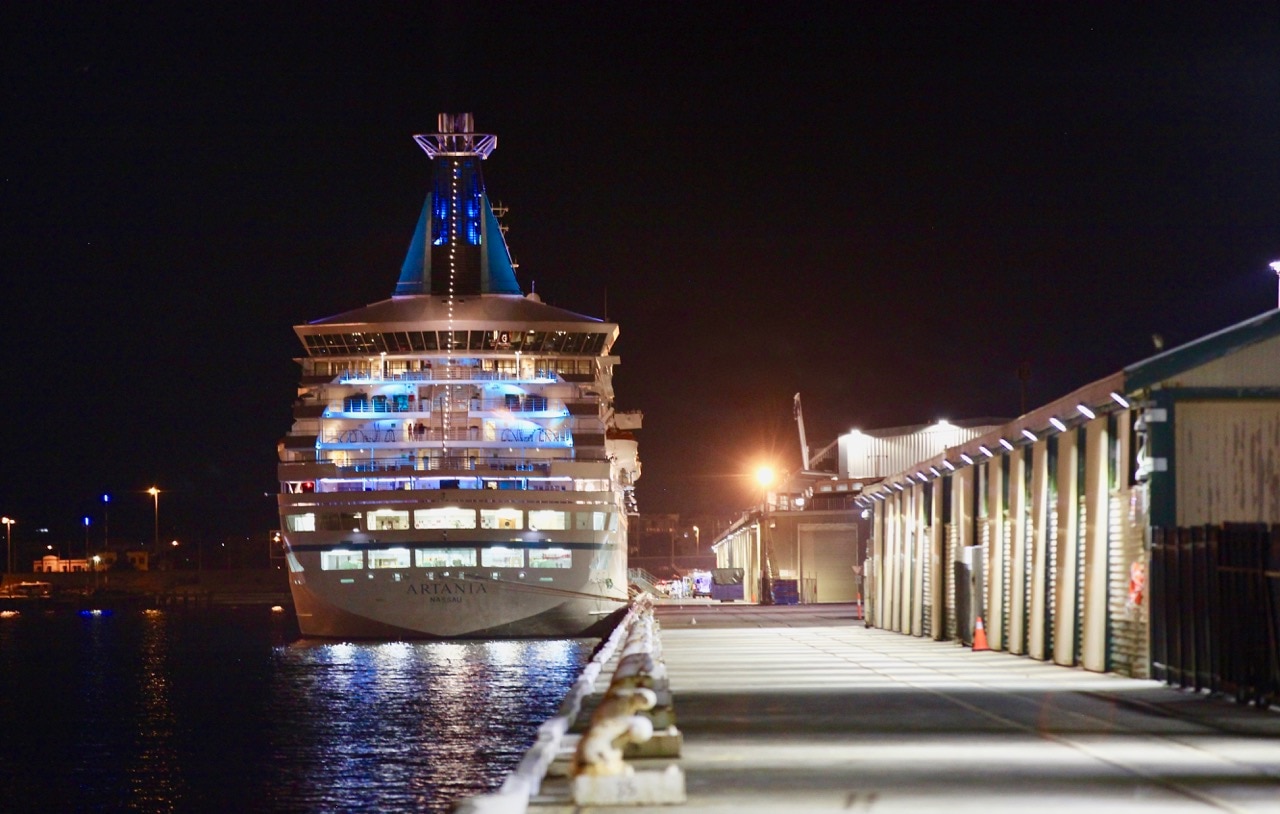 WA Senator Mathias Cormann told reporters on Friday that the operation will be completed within a matter of days.

"By the end of the weekend, nearly all of them will be evacuated on three planes back to Germany," Senator Cormann told Sky News on Friday.

In a statement provided to SBS News, the German Embassy in Canberra confirmed that its representatives “are in close contact with the Australian Government and the Government of Western Australia…to facilitate the repatriation off passengers aboard the MS Artania within the next few days.”

“The tour operator has chartered aircraft for this purpose. Moreover, the tour operator’s agent in Perth is liaising with local authorities and the ship’s captain to handle this issue expeditiously,” the statement read. 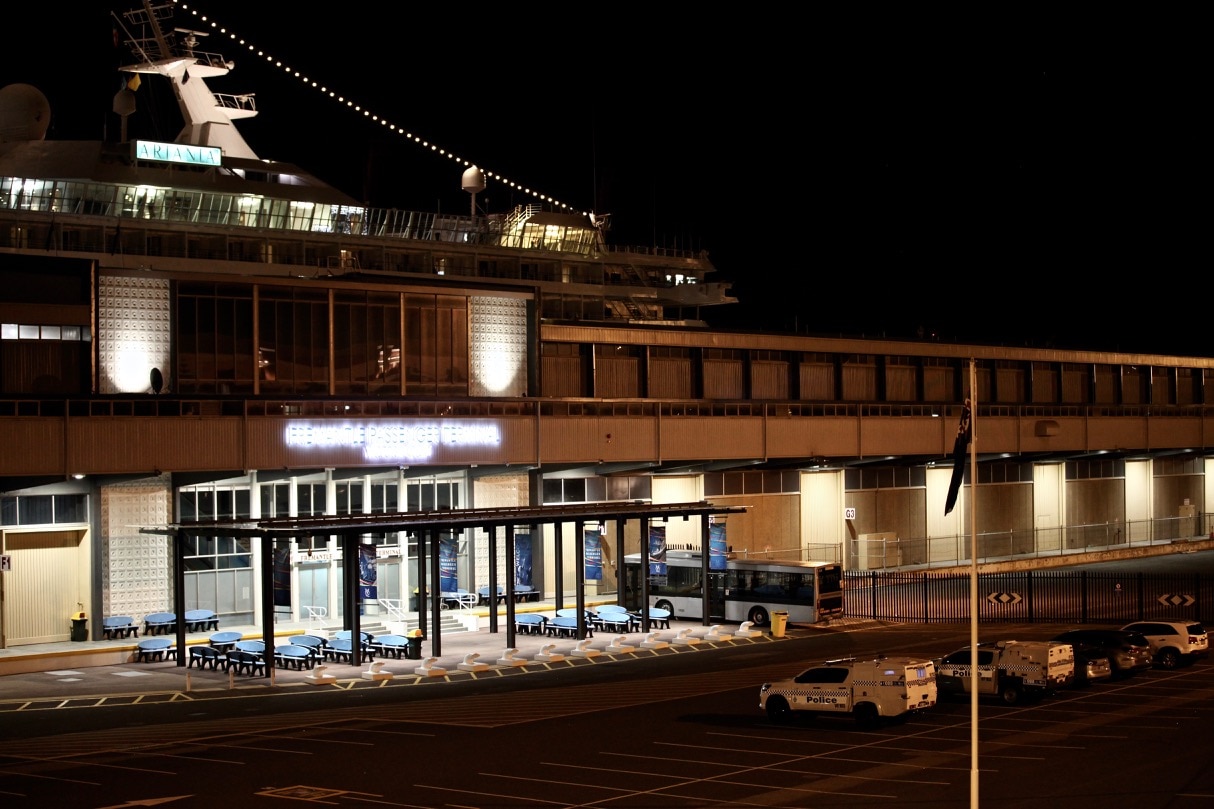 There are 800 passenger and 500 crew on board.
Aaron Fernandes/SBS News

SBS News understands some of the passengers positively identified as having COVID-19 will remain in Western Australia for treatment, but it is unclear how many passengers will be evacuated by charter flight.

The vessel is expected to remain in Western Australia for three weeks quarantine before returning to Germany.

The WA Premier will be speaking later today.