Several Morrison government MPs say they won't download the app to help track Australians who have been in contact with a COVID-19 case.

A number of federal politicians reportedly won't download the mobile phone app to help trace people who have been in contact with a coronavirus case, citing privacy concerns.

"I treasure the government knowing as little about me as possible," Mr Joyce told Nine newspapers on Sunday.

"Australia is doing an extraordinary job of flattening the curve by reason that we are overwhelmingly decent and logical people. We don't need an app to tell us that." Mr O'Brien said there was a "snowflake's chance in hell" he would use the app.

"It is way too Big-Brotherish for me," he told News Corp Australia Sunday newspapers.

The contact tracing app would check Bluetooth connections made by the phone of someone with the virus while they were contagious.

At least 40 per cent of the population would need to install it for the results to be effective.

The App we are working on to help our health workers trace people who have been in contact with coronavirus will not be mandatory.

Prime Minister Scott Morrison on Saturday took to social media to hose down concerns the app would be mandatory, saying the government would be seeking the "co-operation and support" of Australians to download the app to help health workers, protect the community and help get the economy going again.

"The App we are working on to help our health workers trace people who have been in contact with the coronavirus will not be mandatory," Mr Morrison tweeted. Who are the experts behind Australia’s coronavirus response?

News Corp has also reported he has sent an email to MPs, saying privacy issues are being "carefully addressed", but saying it's an important tool to help Australia return to normal.

"...we need to get people signing up. We all have a role to play here," he wrote.

Mr Morrison has said the nation needs to have a broader testing regime, better contact tracing and greater capacity to respond to local outbreaks before governments can look at easing restrictions.

Other MPs canvassed by the Sydney Morning Herald said they would happily download the app.

"Everyone should make their own decision but I will happily, voluntarily be downloading the app with an expectation it will be removed immediately after the pandemic, and a firm commitment from the government that all data disappears with COVID-19," Liberal MP Tim Wilson said.

While Labor MP Tim Watts said there needed to be more consultation and detail released by the government.

"A well designed contact tracing app, with rigorous privacy protections and governance arrangements, could potentially play a significant role in helping us respond to the virus," he said.

If two registered users of the phone app spend 15 minutes within 1.5 metres of each other and one person subsequently tests positive for Covid-19 the app will provide that information to public health officials and alert the other user. 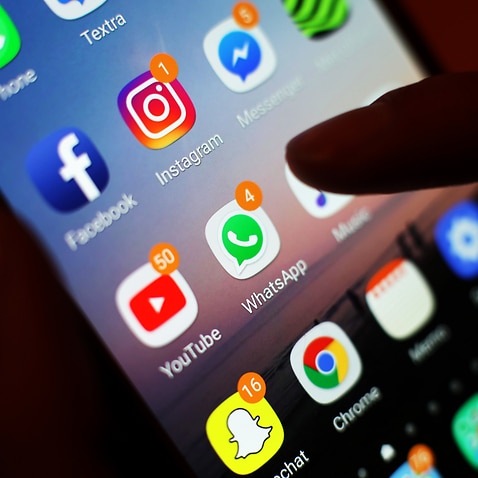 ‘For the common good’; experts back coronavirus tracking app despite privacy concerns