The federal government has for the first time listed a right-wing extremist group as a terrorist organisation under Australia's criminal code. 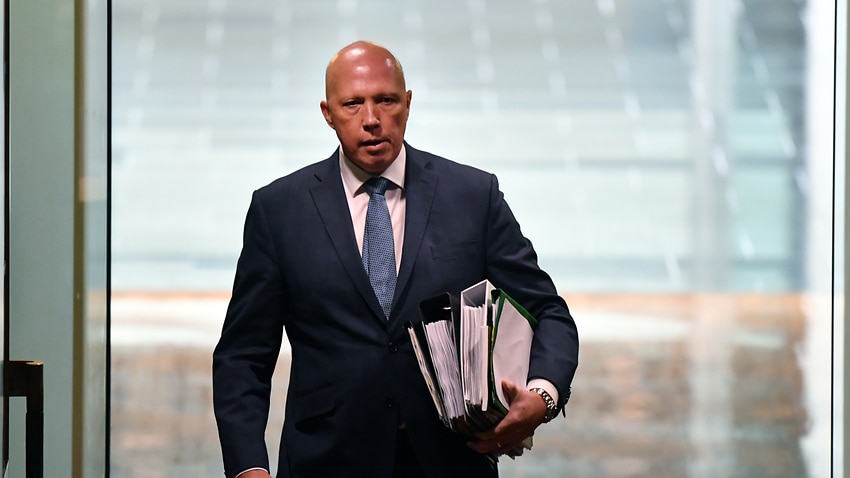 Australia has for the first time listed a right-wing extremist organisation as a terrorist group, paving the way for investigations and possible jailings of members.

Home Affairs Minister Peter Dutton is listing the Sonnenkrieg Division - also known as SKD - under the criminal code, joining the likes of Islamic State and al-Qaeda.

Members of the group have been convicted for plotting to attack the British royal family, as well as disseminating terrorist material.

Mr Dutton said the listing reflected the government's commitment to stamping out violence and extremism of all kinds, regardless of ideology or motivation.

"SKD adheres to an abhorrent, violent ideology that encourages lone-wolf terrorist actors who would seek to cause significant harm to our way of life and our country," Mr Dutton said on Monday.

"Members of SKD have already been convicted of terrorist offences in the United Kingdom, including encouraging terrorism, preparing for a terrorist attack and possession and dissemination of terrorist material."

The listing enables all available terrorist offences and penalties to apply to the organisation, including up to 25 years in jail for some offences.

ASIO boss Mike Burgess said the domestic spy agency had proposed listing other groups but it was up to others to decide if the legal threshold was met.

"Here it's a very high bar because there are very high penalties," he told a Senate estimates hearing in Canberra.

"Of course we will pay attention to any groups here in Australia and we look at them but our principal focus is actually on individuals and the group itself about whether they promote acts of violence or terrorism."

Mr Burgess declined to say how many ASIO analysts were assigned to right-wing groups.

He defended using the catch-all term ideological extremism to refer to terrorist organisations across the political spectrum during a speech last week.

"Some commentators suggested I had banned words and that's simply not true," Mr Burgess said.

Labor has been urging the government to start listing right-wing extremist groups.

But the government has insisted it was waiting for advice from ASIO.

Until Monday, Australia was the only country inside the Five Eyes intelligence network - which includes the United States, United Kingdom, Canada and New Zealand - not to have labelled any right-wing extremists as terrorists.