A major national survey of Australian born and immigrants has found most think Australia is a good place to live and have a strong sense of belonging, but there are high levels of discrimination against African migrants, Aboriginals and Muslim women in particular.

Most immigrants are happy in Australia, but South Sudanese and Muslim women are more likely to have heightened experiences of discrimination, a major national survey has found.

The ‘Australia at 2015’ survey is a collaboration between the Scanlon Foundation, the Australian Multicultural Foundation and Monash University. It's the largest ever study capturing Australian attitudes on social issues including citizenship, media, discrimination and confidence in government.

SBS language groups played a key role in promoting the survey and translating the questionnaire into 19 languages. The survey received over 10,000 responses and is the largest parallel survey ever undertaken of those born in Australia as well as immigrants.

'Monkey, go to your country'

Of those surveyed, 23 per cent of South Sudanese said they were unemployed, only 26 per cent trusted the police and more than half had experienced discrimination when in contact with the police in the past 12 months.

One respondent described a scenario when walking along the street and in shops: 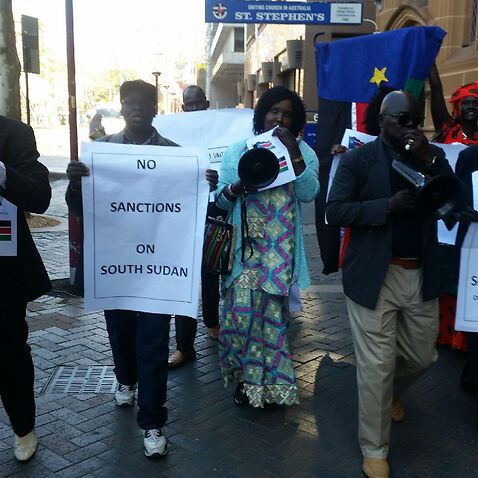 “When you walk to the bus station, some of the drivers…young Australian…they just…put the window down and just tell bad thing to you. Like, ‘Monkey, go to your country…’, the respondent said.

Another person said she was shopping at a make-up store when she was discriminated against.

“I wasn’t buying make-up, I was just looking at something else," she said.

"And the lady that worked there came up to me and she’s like ‘We don’t have foundations your colour’… [and] I wasn’t even looking at foundations…And I don’t know it was just such a shock to me.”

Agot Del, 20, who is from Kenya and of South Sudanese heritage, is living in Melbourne and working in a café.

She told SBS News she had experienced discrimination on public transport and in everyday interactions.

“It makes you feel like you’re not part of the community,” Ms Del said.

"They just…put the window down and just tell bad thing to you. Like, ‘Monkey, go to your country…"

“You’re supposed to belong because you live in Australia and you call Australia home, but if people treat you differently it makes you feel like ‘Oh, am I meant to be Australian?’” “[There are some] quite harrowing stories about the day to day reality of discrimination that they face.”

With a large population of South Sudanese migrants in Melbourne, SBS News asked the police force there for a response to the report's findings of low levels of trust.

Acting Commander Richard Watkins said in a statement: "Engagement with new and emerging communities is a key priority for Victoria Police and underpins every aspect of policing - from training and recruitment to front line service delivery."

Muslim women surveyed detailed experiences of physical discrimination and objections to them wearing a headscarf.

One woman detailed an interaction where her friend was told: “why [are] you wearing this [headscarf] when you came to Australia? You shouldn’t wear that”.

Another woman was spat at and someone’s mother had her scarf pulled off in the grocery store.

Muslim women were 50 per cent more likely to experience discrimination than their male counterparts, according to the survey.

“This is the most racist country I’ve set foot into and I’ve been all around the world."

Problems identified included negativity towards Muslims as well as a lack of awareness about the diversity within the Muslim community.

One participant commented: "we are lumped as one by the media or some politician, while in reality we are not as one, we are extremely diverse".

Indigenous participants from two focus groups in Perth discussed discrimination in a range of contexts.

One participant said: “we are classed with the fauna and flora…We’re at the bottom of the colour spectrum.”

Another Aboriginal girl, who had recently visited China and traveled around the world returned to Western Australia only to declare: “This is the most racist country I’ve set foot into and I’ve been all around the world”.

The survey is the largest done by the Scanlon Foundation to date, with more than 10,000 people taking part, along with focus groups.

“The objective was to better understand the experience of different groups of immigrants and the aim of getting such a large number was to be able to understand…different national groups and their experience,” Professor Markus said.

When respondents were asked to indicate their level of happiness in Australia, of those who arrived in the last 15 years just 13 per cent said they were 'very unhappy' or 'unhappy.'

An estimated 200,000 New Zealand Special Category Visa holders who arrived after 2001 are in an in between status, neither long-stay nor permanent. The survey points to a high level of dissatisfaction.

Those who entered on a New Zealand Special Category Visa (SCV) were asked 'Has your experience of Australia been more positive than you expected before your arrival or has it been more negative?'

The highest proportion, 28 per cent, indicated it had been more negative.

"There are issues with many people who have come from New Zealand on special category visas which enable them to gain, in effect, permanent residence, but not full citizenship," Professor Markus said.

Attitudes towards government and trust in institutions

Survey respondents were asked about the level of trust they had in certain institutions and professions like government, real estate agents and doctors.

Those born in Afghanistan indicated the highest levels of institutional trust, averaging 73 per cent.

Those from South Sudan and New Zealand recorded the lowest levels, with only 26 per cent of South Sudanese respondents saying they trusted the police.

Of New Zealand respondents, only 27 per cent trusted the Department of Immigration, compared with 70 per cent from survey respondents from Iran. 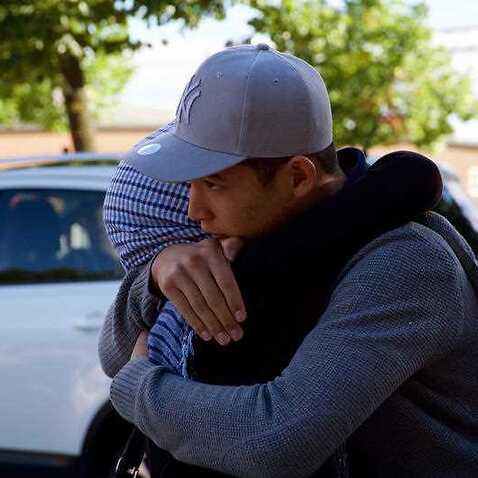 Afghan family reunited in Sweden a year after they were separated

Across the board doctors and Medicare were trusted and hospitals also rated well across all respondents.

South Sudanese respondents reported lower levels of trust in employers, 24 per cent, and the Department of Immigration, 35 per cent.

"The work of Australian multiculturalism is yet to be complete," Dr Soutphommasane told SBS.

"Our country is stronger when we have migrants who arrive here and feel that they can belong to Australia society and contribute."