The men, aged 27 to 29, had been accused of raping the woman, then aged 18, at the entrance to an apartment building in Pamplona on July 7, 2016, at the start of the week-long San Fermin festival, which draws tens of thousands of visitors.

The five, who are all from the southern city of Seville, allegedly filmed the incident with their smartphones and then bragged about it on a WhatsApp messaging group where they referred to themselves as "La Manada," or "The Pack" in English.

On Thursday they were found guilty of "sexual abuse," which in Spain means that there was no "violence or intimidation" in the case.

The judges at the Pamplona court in northern Spain did not sentence them to the more serious charge of sexual assault, which includes rape. This sparked protests outside the courthouse, with people shouting, "it's not sexual abuse, it's rape."

Many demonstrators shook their fists at the building or held up signs that reading: "We believe you, sister", images broadcast on Spanish TV showed.

Protests across were planned across Spain for Thursday evening, including outside the justice ministry in Madrid as well as in Barcelona.

"I am outraged that after a gang rape you must suffer the violence of patriarchal justice," Barcelona mayor Ada Colau said in a Twitter message addressed to the victim.

"You are not alone, today we will be thousands taking to the streets and joining our voices to yours," she added.

Spain's Deputy Prime Minister Soraya Saenz de Santamaria said that while the judge's sentences must be respected, the authorities need to analyse what had happened "to avoid such behaviour happening again in this country".

Prosecutors had argued during the trial last autumn there was "serious intimidation and it prevented resistance or flight".

They had asked for each to be jailed for 22 years and 10 months.

One of the accused is a Guardia Civil policeman - currently suspended - and another was once in the army. Several are "ultras" who support FC Sevilla.

Apart from the jail sentence, the court ruled they would have to pay the victim 50,000 euros in compensation. 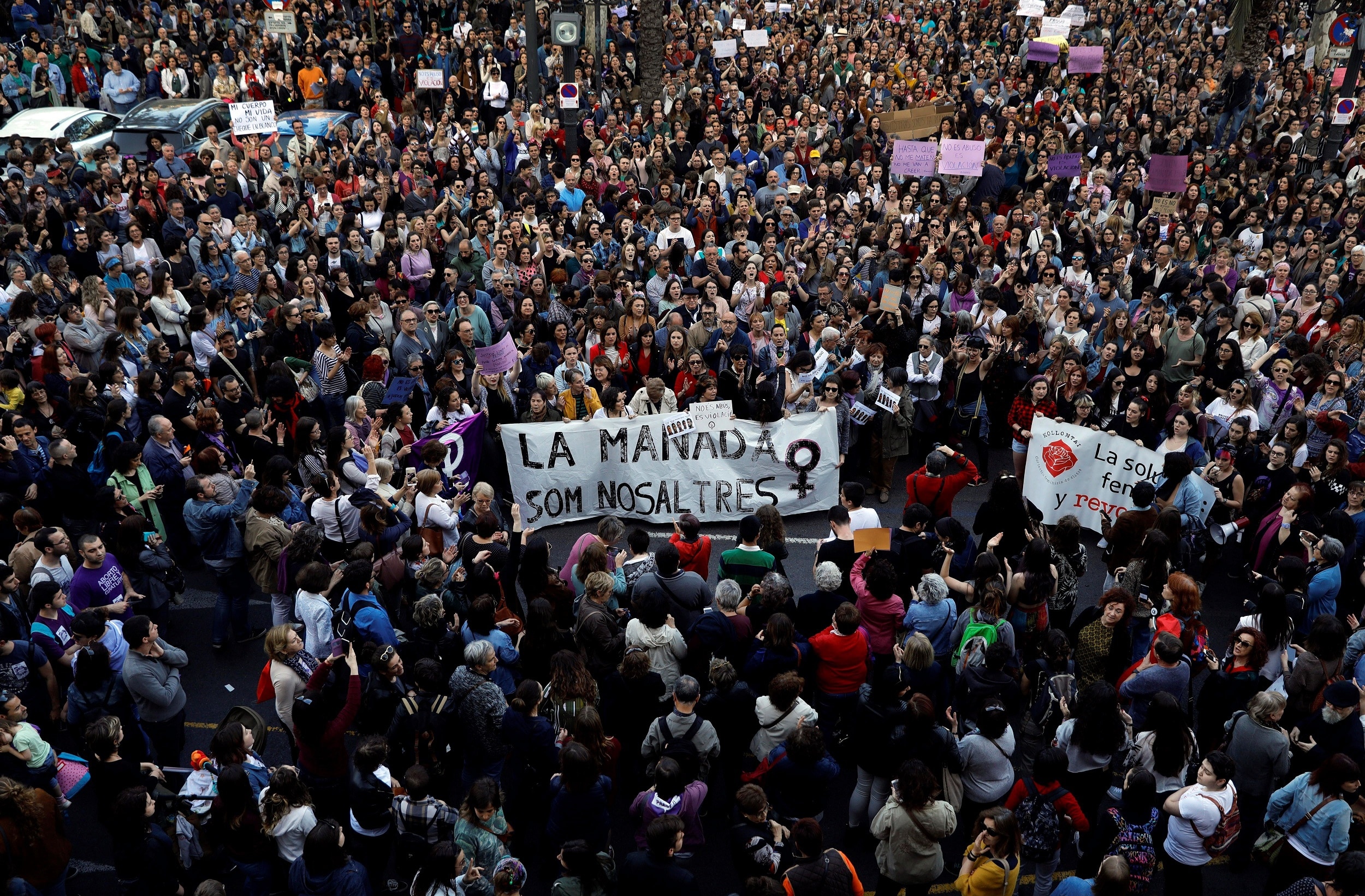 Defence lawyers had argued the victim agreed to the sexual encounter and would only acknowledge the gang had stolen the mobile of the girl, who was left half naked in the building entrance.

But prosecutors pointed out that the victim had met the men just seven minutes before the incident and did not even know their names.

The case sparked criticism from women's groups after the court initially agreed to admit as evidence a private detective's report into the alleged victim's behaviour afterwards, including her presence at a party.

Spaniards adopted the slogan "I believe you" on their social media profiles in support of the woman and street protests were held in Madrid and other Spanish cities in November.