It's crucial that Sri Lanka employ foreign judges and prosecutors to ensure justice when bringing to trial those responsible for crimes against humanity during the country's civil war, Human Rights Watch urges.

On Wednesday he beckoned asylum seekers who fled to Australia to return, assuring they would be "quite safe".

"They can come back to Sri Lanka and we will help them... but remember, they broke the law by attempting to come to Australia," he said.

A decades-long civil war in Sri Lanka ended with the defeat of Tamil separatists in 2009, prompting an international investigation into alleged crimes against humanity. The investigation found indications of "grave" violations in Sri Lanka between 2002 and 2011.

UN High Commissioner for Human Rights Zeid Ra’ad Al Hussein said in 2015: "Our investigation has laid bare the horrific level of violations and abuses that occurred in Sri Lanka, including indiscriminate shelling, extrajudicial killings, enforced disappearances, harrowing accounts of torture and sexual violence, recruitment of children and other grave crimes."

Both the Sri Lankan government and the rebel Liberation Tigers of Tamil Eelam were likely to have committed the abuses, the investigation found.

The investigation recommended Sri Lanka bring to trial those responsible for alleged war crimes in a court that was both domestic and international - where the international element would help ensure accountability.

It urged the country integrate "international judges, prosecutors, lawyers and investigators, that will be essential to give confidence to all Sri Lankans, in particular the victims, in the independence and impartiality of the process, particularly given the politicisation and highly polarised environment in Sri Lanka." 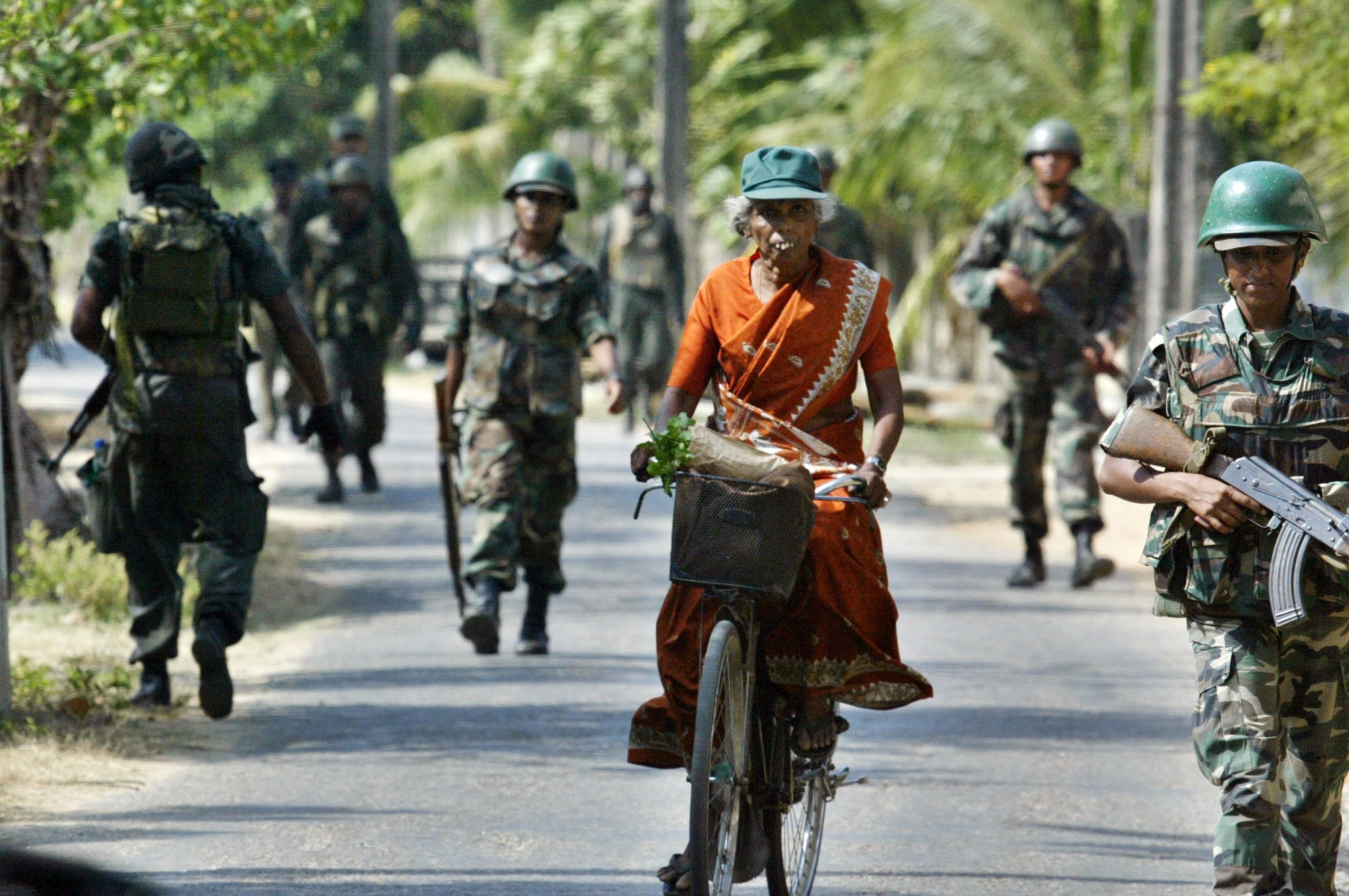 A UN Human Rights Council resolution was tabled that same year which mandated a domestic justice mechanism that comprised "appropriate forms of international support" to help ensure this accountability.

The Sri Lankan Government agreed to the resolution in 2016.

Sri Lanka has made progress towards the national component of the resolution, Human Rights Watch's Elaine Pearson said.

The UN High Commissioner for Human Rights and several UN experts have visited over the last 18 months. The Wickremesinghe government passed legislation to create an Office of Missing Persons, and signed the International Convention against Enforced Disappearance.

It has reportedly begun drafting legislation for truth-seeking and reconciliation. It has also supposedly begun drafting law for reparations and to prevent a recurrence of the widespread human rights abuses carried out by the army and the Liberation Tigers of Tamil Eelam.

However, Ms Pearson told SBS News she was concerned that work towards ensuring the international component of the justice process remained to be seen.

"Despite having agreed to the resolution, there has been a lack of progress on the international component… on establishing accountability," she said.

Sri Lankan President Maithripala Sirisena has also spoken out against including foreign judges in the justice process.

In an interview with BBC last year, Mr Sirisena said: "I will never agree to international involvement in this matter.

"We have more than enough specialists, experts and knowledgeable people in our country to solve our internal issues."

Ms Pearson said forgoing international involvement could deter those who had fled from coming back.

"The reality is, why would you want to come back when the prosecutors [against the Tamils] are still walking around?" she asked. Women wait near coffins to receive the bodies of relatives who died in an explosion in a vegetable market in Trincomalee, Sri Lanka, Thursday, April 13, 2006.
AP

She also called on the Sri Lankan government to repeal the “draconian” Prevention of Terrorism Act, as set out in the resolution.

Many people imprisoned under the act were charged after reportedly being tortured to confess, Ms Pearson says.

"But they still haven’t done that [repeal the act]," she said.

Initially Australia said it opposed the investigation into the alleged war crimes. But with the election of the Wickremesinghe government, it became a co-sponsor of the UN resolution. On Mr Wickremesinghe's recent visit, however, Australian Prime Minister Malcolm Turnbull did not disclose whether he discussed the resolution.

"The Australian and Sri Lankan navies have a strong and growing relationship," he said.

"We also have long-standing, close cooperation aimed at ending the scourge of people smuggling and it's a testament to our success that there have been no illegal boat arrivals from Sri Lanka since 2013."

Hundreds of Sri Lankans, mostly Tamils, tried to flee to Australia after the civil war.

There are 1,241 people subject to regional processing in Australia's offshore detention centres on Nauru and Papua New Guinea's Manus Island.

While the department would not release the number of Sri Lankans there, a spokeswoman for Immigration Minister Peter Dutton said that the largest groups were Iranian, Sri Lankan and Afghani.

"Offer help in terms of providing judges and prosecutors to ensure it’s [the justice process] an independent or impartial mechanism," she said.

Back in 2015 Prime Minister Wickremesinghe had said that the Australian government's silence on alleged human rights abuses in Sri Lanka was in exchange for cooperation from the former Rajapaksa government on stopping asylum-seeker boats.

In an interview with The Australian, he said: "Once this deal was done between Australia [under Prime Minister Tony Abbott] and the Rajapaksa government, where you looked the other way [on human rights abuses], then the Secretary of Defence got the Navy to patrol."