Two Sri Lankan top officials, including the police chief, have been arrested for failing to prevent the Easter Sunday bombings.

He said Inspector-General Pujith Jayasundara and former defence secretary Hemasiri Fernando were arrested a day after the attorney general said their failure to heed security warnings amounted to a crime against humanity. Both men were at different hospitals undergoing treatment when detectives arrested them, Gunasekera said, adding the move followed instructions from Attorney General Dappula de Livera who said they could press murder charges. 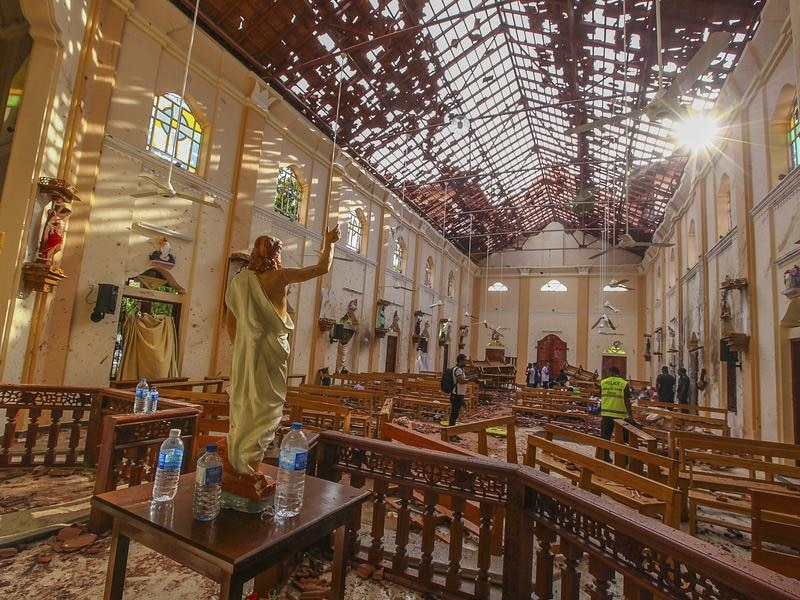 The inside of St. Sebastian's Church damaged in a suicide bomb blast at Negombo, north of Colombo.

Mr De Livera said Monday that they failed to act on advance warnings of the deadly Easter Sunday attacks, which were blamed on a local jihadi group. They should be brought before a magistrate for their "criminal negligence" de Livera said in a letter to the acting police chief.

"Their negligence amounts to what is known under international law to be grave crimes against humanity," he wrote.

Another nine senior police officers have been named by the attorney-general as suspects who should be prosecuted for their role in the security lapses.

Mr Jayasundara and Mr Fernando have testified before a parliamentary inquiry and accused President Maithripala Sirisena of failing to follow established protocols in assessing threats to national security.