The Star Wars actor has not revealed why she deleted her Instagram photos, but fans speculate it's related to racist bullying.

Star Wars actor Kelly Marie Tran has deleted all photos from her Instagram account after harassment from followers.

Tran is the first Asian-American woman to play a major role in the movie franchise, starring as maintenance worker-turned-Resistance-hero Rose Tico in The Last Jedi.

Tran has previously spoken about Asian representation in the movie, telling Rolling Stone: “I would love to live in a world where no one person has to represent a very large group of people in movies or TV. Obviously, we don’t, and it’s something I think about a lot. I don’t take it lightly at all.

While Tran has not commented publicly on her reason for wiping her social media clean, fans have speculated it was due to the abuse she was suffering from trolls who didn’t like her character.

Speaking earlier with GQ, Tran said she had endured “really acidic, racist comments,” since her appearance in the film.

“I remember thinking how unfair it was and wondering whether to respond. My biggest coping mechanism is just looking out at the world and realizing that none of this is really about me. 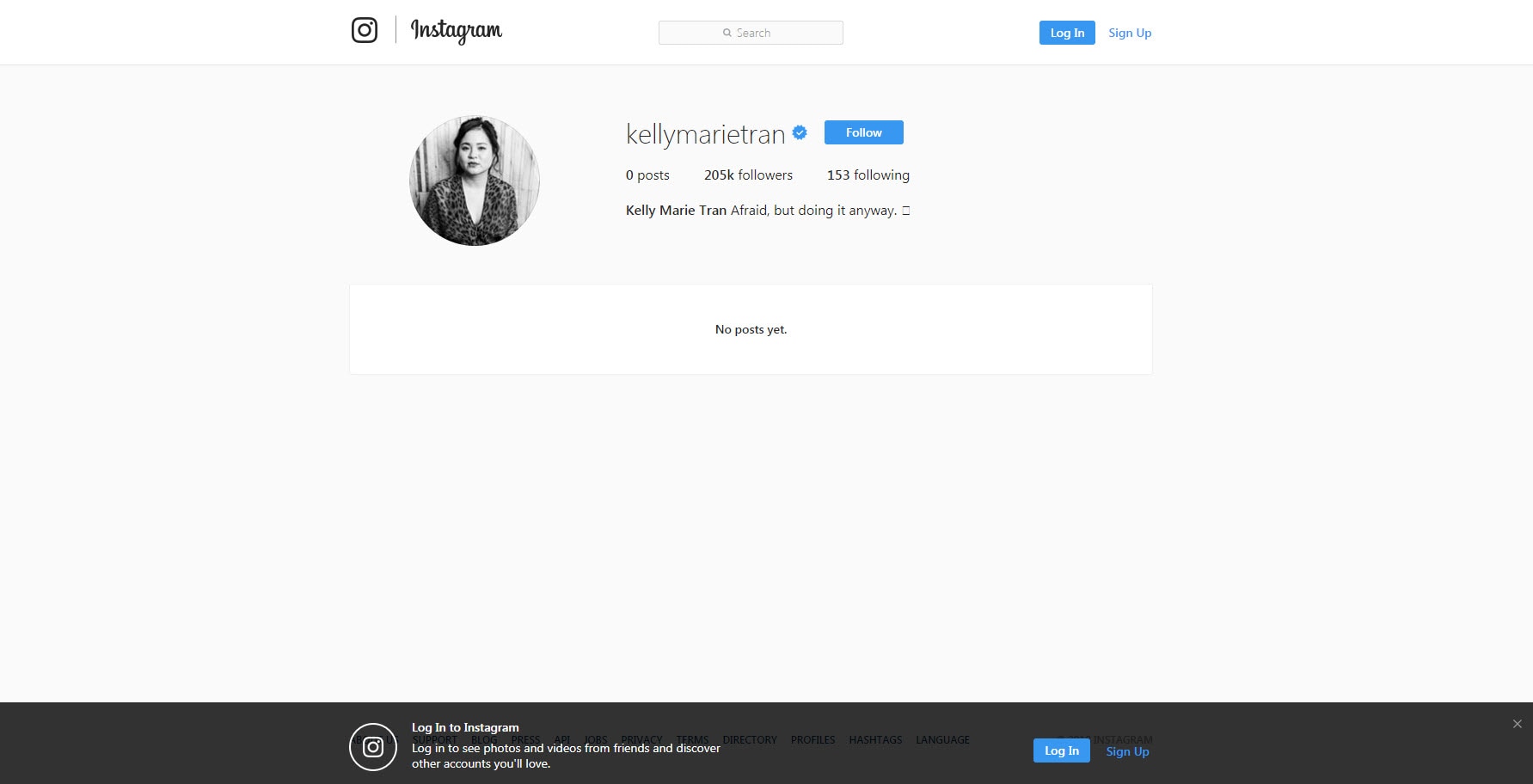 Tran has experienced backlash from some trolls who targeted her ethnicity and appearance.

Shortly after The Last Jedi was released in December 2017, Tran became a target of abuse.

Hi if you think Kelly Marie Tran / Rose Tico's presence in Star Wars changed the franchise for the better, please RT so we can drown out the manbabies. pic.twitter.com/Q95CGI4lcY

While Tran has not commented personally, The Last Jedi director Rian Johnson tweeted: “On social media a few unhealthy people can cast a big shadow on the wall, but over the past 4 years I’ve met lots of real fellow SW fans.

"We like & dislike stuff but we do it with humour, love & respect. We’re the VAST majority, we’re having fun & doing just fine.” “Kelly Marie Tran’s is a voice we seriously needed on social media and I hate that she can’t share her thoughts without racist and sexist idiot comments,” one user tweeted.

“Why do Star Wars fans hate women so much?” another Twitter user asked, referencing when Rey actor Daisy Ridley deleted her social media.

At the time Ridley said she did it because of how bad it is for mental health.