The three month opt-out period has begun for the My Health Record database amid digital security and privacy concerns.

From today, Australians have three months to opt-out of being part of the country’s electronic health record, a system which has sparked cybersecurity and privacy concerns.

Almost six million people have signed up for the digital medical history so far – it has been in operation for six years. 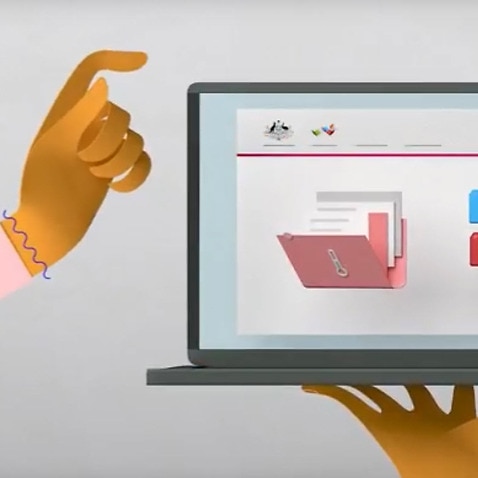 The public has until October 15 to declare they do not want their medical records stored on Australia’s My Health Record.

After this date an e-health record will be created for every Australian by default.

The launch of the opt-out period has been met with problems, with some users claiming they were not able to log in or get through to a hotline to opt out.

When SBS News called the hotline on Monday about 4pm AEST, our reporter got through in less than two minutes.

Some users also claimed they had been informed health records had already been created for them during their attempts to opt-out.

Why do people want to opt-out?

While various health and migrant groups say the database could save lives, there are fears about the security of data.

The database allows both patients and doctors to upload medical details including prescriptions, allergies and medical summaries.

Healthcare providers such as doctors, physiotherapists and pharmacists will be able to access the information. Carers, family members and friends can also be given access if authorised by the individual.

Law enforcement will also be allowed access and de-identified information may be provided to third parties such as medical researchers, according to the Office of the Australian Information Commissioner.

Reasons to ‘stick with it’

Mr Hunt said there had been no breaches of the My Health Record system in the last six years.

"It is not just bank-level security but the advice from the Digital Health Agency is that it has been defence-tested," he told reporters.

"They have a permanent cyber security network. It's arguably the world's leading and most secure medical information system at any national level."

The Digital Health Agency said patients could switch off their entire record and make it only available using a pin code, or use that process with individual documents.

No guarantees have being given.

Lobby group Digital Rights Watch has expressed concerns about the security of My Health Record, and is urging everyone to opt out.

"No guarantees have being given that individual citizen's personal information will be kept safe and secure," Digital Rights Watch chair Tim Singleton Norton said.

"Health information is incredibly attractive to scammers and criminal groups.

"There are also concerns of the current or future access being granted to private companies."

Opposition Leader Bill Shorten said the system was an important reform because it would lead to better health outcomes.

"But I don't blame people for being sceptical about this government in terms of the way it implements digital change programs," Mr Shorten said.

The National Rural Health Alliance said it would save lives in regional Australia, and urged people not to opt out.

"This is actually going to save lives - if someone was unconscious in an emergency department on the other side of the country, and you've got a My Health Record, it can be viewed in an emergency situation, give important clinical details about medications you're on or previous allergies or previous situations," he said.

If you want to opt-out of My Health Record visit myhealthrecord.gov.au or call 1800 723 471, you will need identification to complete the process - for help with opting-out click here.

Users who do opt-out can create a health record at any time in the future.