Prime Minister Scott Morrison says Chinese-Australians provided "one of the greatest defences" in the early weeks of the COVID-19 pandemic in Australia. 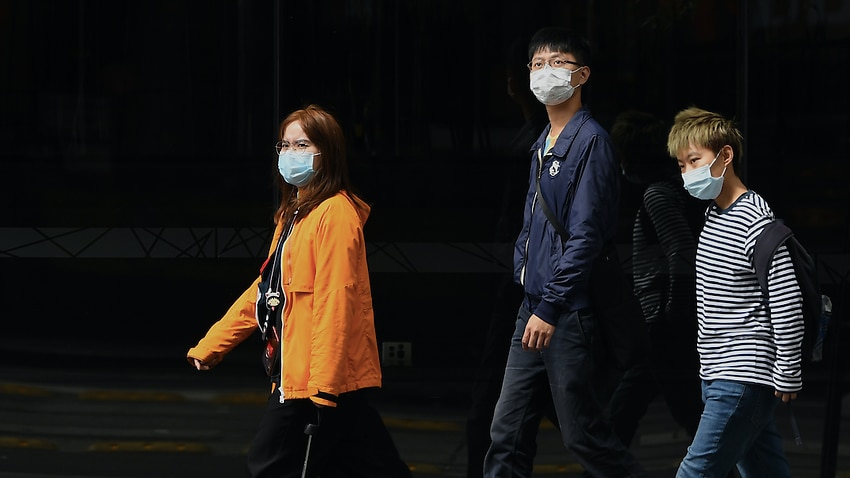 Prime Minister Scott Morrison has once again slammed perpetrators of racial abuse stemming from the coronavirus pandemic, telling Australians to simply "stop it".

He also praised the early response of Chinese-Australians in a press conference following a national cabinet meeting on Tuesday, who he said provided "one of the greatest defences" in the early weeks of the outbreak.

The statement echoed comments he made during an SBS News interview last week, in which he condemned racism and described Asian migrants as "leading the way" in Australia's COVID-19 response.

Asian-Australians have frequently been reporting an increase in racist attacks and abuse since COVID-19 was first discovered in the Chinese city of Wuhan at the end of last year.

"I deplore that sort of behaviour against any Australian regardless of their ethnicity or their religion or whatever it happens to be. And I think that is the view of all Australians. So we have to call that sort of thing up. It's not on," he said on Tuesday.

"It was through their care, their commitment, their patience that actually Australia was protected in that way."

A database set up to track incidents of anti-Asian abuse during the pandemic had received more than 170 responses in the two weeks since it was launched, SBS News revealed last week.

The Australian Human Rights Commission has also reported a spike in racial complaints in recent months, with 32 per cent of complaints made in February COVID-19 related.

During the conference, Mr Morrison also defended Australia's calls for a global inquiry into China's response to the outbreak as an "issue of importance for public health".

Foreign Minister Marise Payne on Sunday said an independent inquiry would help identify the genesis of the virus, the effectiveness of the international response and identify issues of transparency.

The proposal, which has bipartisan support in Australia, follows strong criticism of the relationship between the World Health Organization and China from United States' President Donald Trump, who has threatened to cut funding to the organisation.

"It’s important that the World Health Organization acts, and all parties that are part of the WHO act with great transparency," Mr Morrison said, after outlining a plan to lift a ban on some elective surgeries after the Anzac Day weekend.

Procedures that will be allowed include IVF treatment, eye surgeries, colonoscopies, endoscopies, joint procedures and all treatment for children under 18 years of age.

The decision to relax restrictions was due to an influx in personal protective equipment and a slowdown of new COVID-19 cases.

"We are on the road back and I think we have already reached a turning point on these issues provided we can keep the controls in place to keep the virus under management," he said.