Stranded Australians have filed legal action against the federal government in the United Nations’ Human Rights Committee in Geneva.

The group of Australians declared the Morrison government has “arbitrarily breached their right to return to the land of their birth or citizenship”, noting they were willing to comply with the public health measures required of them, including a 14-day quarantine period.

They said the caps on incoming flights prevented them from returning home. 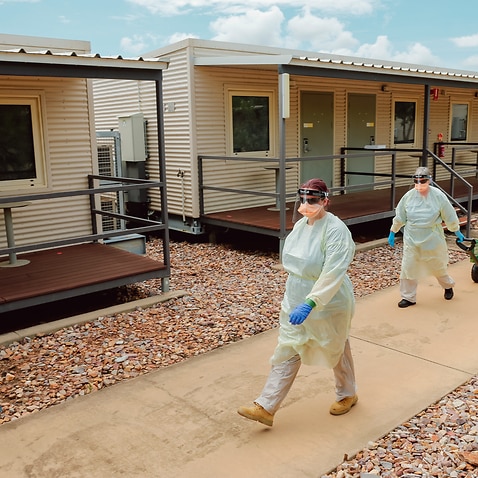 Geoffrey Robertson QC, who has advised the petitioners, said: “International law recognises the strong bond between individuals and their homeland and no respectable government would impose travel caps to prevent, for over a year, its citizens from returning if they are prepared to do quarantine.

“Both our political parties have, in the past, done what they can to help Australians overseas but Mr Morrison is behaving as if in a moral vacuum – he does not seem to care very much about the suffering caused to fellow Australians.” Spokesperson Deborah Tellis described the petitioners as “a group of ordinary Aussies who have been left high and dry by an unfeeling government”.

“The government is responsible for quarantine and has a duty to allow its citizens to return and enter into it – it should force the states to admit us and provide for them to increase their quarantine facilities. What it must not do is to breach international law.

“The damage it is doing to many stranded Australians is terrible – they are unable to get back to see dying parents or sick relatives, unable to return to take up jobs or start university courses. By going to the UN, we hope to highlight what an unfeeling government Mr Morrison heads.”

In December last year, Mr Morrison told reporters he intended to get “as many people as possible home, if not all of them, by Christmas”.

Federal Health Minister Greg Hunt likewise said “we want to ensure that every Australian who wants to come home is home by Christmas”. More than 36,000 Australians remain stranded overseas due to government-enforced travel caps, with a total of 4,860 of these described as vulnerable, according to figures released to the Senate from the Department of Foreign Affairs and Trade (DFAT) last week.