Thousands of Australians have queued around Centrelink offices across the country and the online portal for government services has crashed as people scramble to apply for benefits amid the coronavirus pandemic.

Government Services Minister Stuart Robert has backtracked on claims a cyber attack was responsible for crashing the MyGov website, admitting the website was overwhelmed by demand.

Mr Robert corrected his earlier statements in Parliament on Wednesday afternoon, saying there were 95,000 users on the site at 9.40am, well above the maximum 55,000 users the site can handle.

This triggered a distributed denial of service alarm as the system thought it was under attack.

Mr Robert said that didn't mean there was no need for tighter cyber security.

"MyGov has not been offline, it's simply suffered from a distributed denial of service attack this morning," he told reporters in Canberra.

"At present there are delays, we don't give a running commentary on delays." 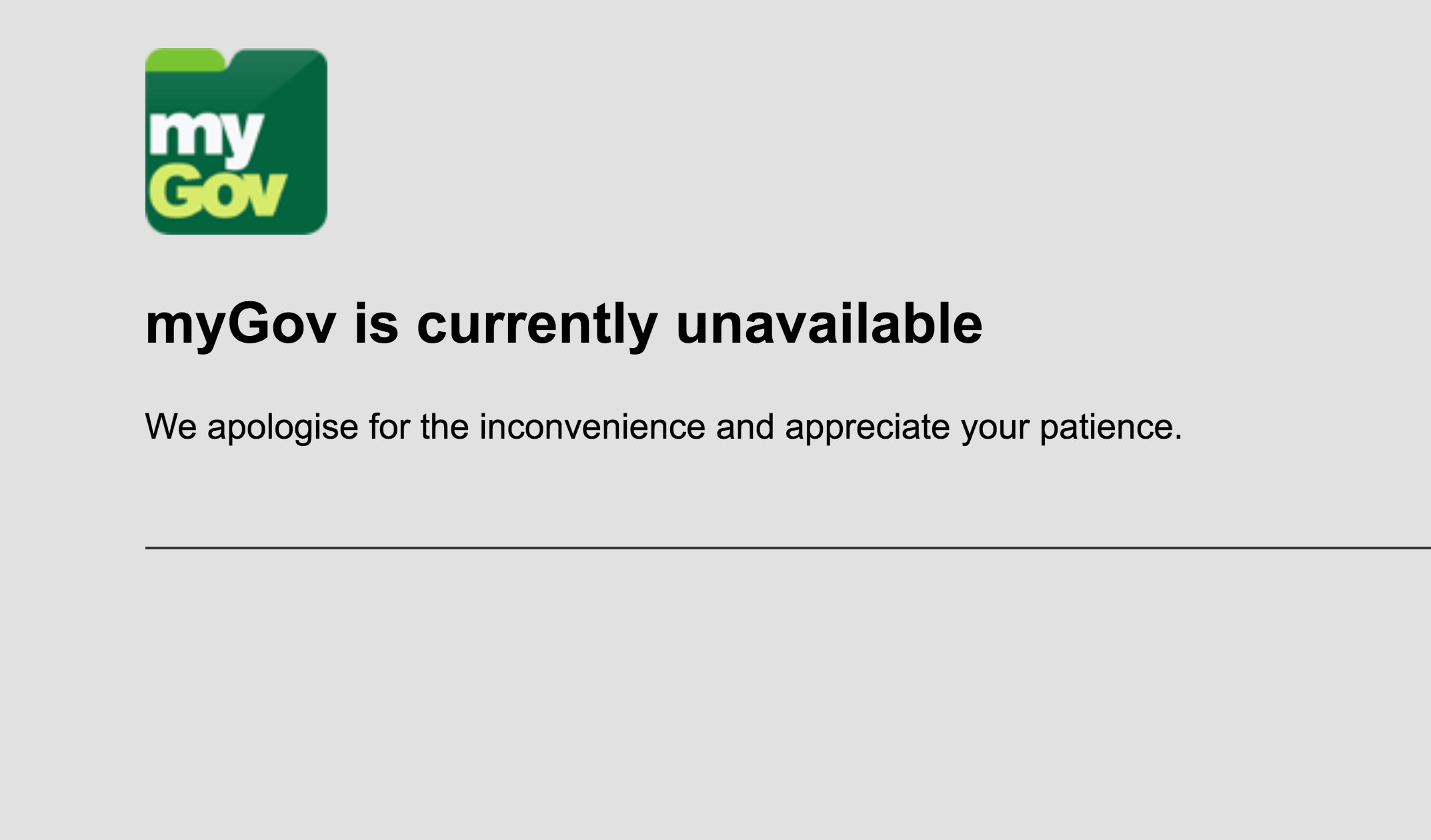 The Federal Government said myGov was hit by a cyber attack.
MY.GOV.AU

Mr Robert has urged people to go online to start their claims. Centrelink will boost its workforce by 5000 people to deal with the influx of applicants and extend call centre hours.

But there will be fewer staff in offices due to social distancing requirements and no pop-up shopfronts are planned.

If you don’t currently get an income support payment and you need help because you’ve lost your job or had your income reduced, please start your claim online.

The Opposition, which was sceptical about Mr Robert's claims the system was hacked, seized on his correction.

"Now more than ever we need ministers to be honest with us," Senator Murray Watt tweeted.

Now, more than ever, we need Ministers to be honest with us. How can Stuart Robert claim the crashed myGov website is “fine” when it’s so patently untrue? pic.twitter.com/5Ie5Xx5dcR First-time welfare recipients have been told they can only get a customer reference number by applying in person.

One woman wearing a surgical mask said she had been waiting outside the Chatswood Centrelink office in Sydney’s north for half an hour after failing to get through on the phone since Friday. 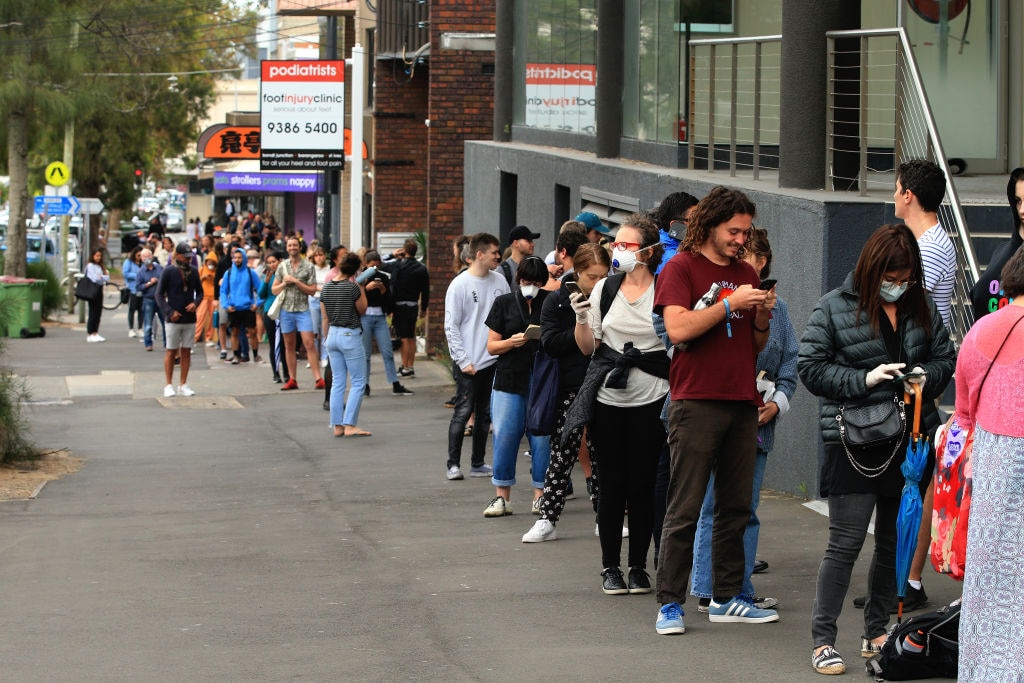 Thousands of Australians who have lost their jobs due to coronavirus restrictions are seeking access to income assistance.
Getty

A hospitality worker who has recently lost his job said it was frustrating that it wasn't possible to email Centrelink from home.

“You have to come in and physically do it. I’ve called but you get put on hold for about an hour and there’s still no answer, so it’s better to just do it in person, I think." 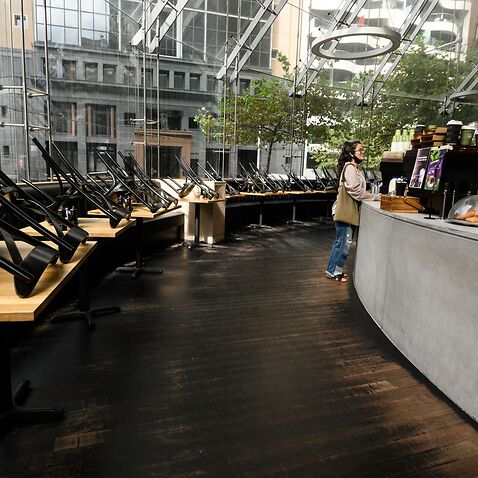 What are the essential and non-essential services under the virus shutdowns?

The government has promised to hire an extra 5,000 Centrelink staff to deal with the additional demand.

The Australian Council of Social Service CEO Cassandra Goldie said those already receiving a social security payment would automatically get the $550 fortnightly payment.

"The first payment should be coming into your account where advised anytime between now and mid-next month,” she said.

Given the stress on the system today, Ms Goldie urged people who are still receiving income from a job to hold off for a couple of days before lodging their intention to claim.

“We’ve got to keep people with a roof over their head.”

Ms Goldie also urged those with access to the internet to go online to ease the pressure on the system.