A Sudanese teenager sentenced to death for killing her husband after he allegedly raped her has filed an appeal, her lawyer said Thursday.

Noura Hussein had been found guilty of the "intentional murder" of a man she said raped her after being forced to marry him at the age of 16 by her father.

Her death sentence triggered international outrage and condemnation from the United Nations and global rights groups.

"Today, we filed an appeal in the appeals court against the lower court's ruling," lawyer Al-Fateh Hussein, a member of Hussein's defence team, told AFP.

"It might be months before the appeals court delivers its ruling."

Activists have launched a campaign called "Justice For Noura", with many changing their profile pictures on Twitter and Facebook to a painting depicting a white veil and clenched fists.

A number of high profile women have added their voices to the campaign, including former Prime Minister Julia Gillard, and supermodel Naomi Campbell.

I, Naomi Campbell, urge the Sudanese government to pardon rape victim Noura Hussein and show the world, that women who are brutally raped, are the real victims. #JusticeForNoura 🙏🏾 pic.twitter.com/M101615hxm

The United Nations has slammed the death sentence handed to Hussein, now aged 19.

"We have received information that Hussein's forced marriage, rape, and other forms of gender-based violence against her were not taken into account by the court as evidence to mitigate the sentence," UN rights office spokeswoman Ravina Shamdasani said last week.

She told journalists in Geneva that the "most stringent guarantees of a fair trial and due process were not fulfilled".

Shamdasani said the agency was "acutely concerned about her safety and that of her lawyer and other supporters". 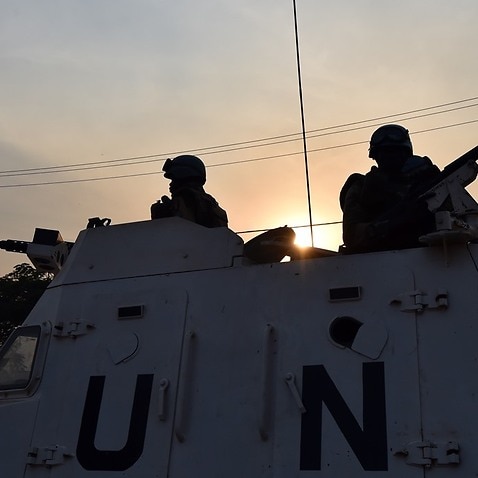 Amnesty International said Hussein was forcibly married at the age of 16, and that when she refused to consummate the marriage, her husband invited two of his brothers and a male cousin to pin her down, while he raped her.

When he tried to rape her a second time, she stabbed him to death, and it was her father who reported her to police, said the London-based human rights group.

Sudanese law allows children above 10 to be married.

The UN spokeswoman urged Sudan to amend its laws to criminalise domestic violence and marital rape, and stressed it had the opportunity with Hussein's case "to send a clear message that gender-based violence will not be tolerated in the country". 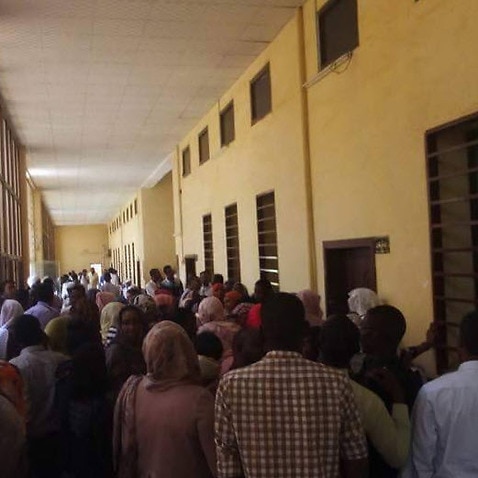 "Noura and indeed the women and girls of Sudan have too often been treated as chattels to be traded and given away as though they are property and as though they have no rights," the group said in a statement issued in English.

"We want to turn on the light against perpetrators who prey on children and women, violate them and expect protection from the law," the group said, urging Khartoum to protect Hussein.

Sudanese officials claim that a lot has to do with the African country's centuries-old traditions, often tribal in nature.

"Had Noura gone to a court right at the beginning when she was being forced to marry, she would have been protected," Abdulnasser Solom, a commissioner with government's Human Rights Commission, told AFP last week.