Sunrise is reportedly being investigated by the broadcasting watchdog for airing "highly offensive, racist and divisive" content.

Chanel Seven's Sunrise program is being investigated by the Australian Communications and Media Authority (ACMA) over its Indigenous child protection panel, according to reports.

The Guardian reported on Thursday that the broadcasting watchdog is investigating whether Sunrise breached the Commercial Television Industry Code of Practice 2015.

The panel in question was hosted by Samantha Armytage with commentators Prue MacSween and Ben Davis on March 13. 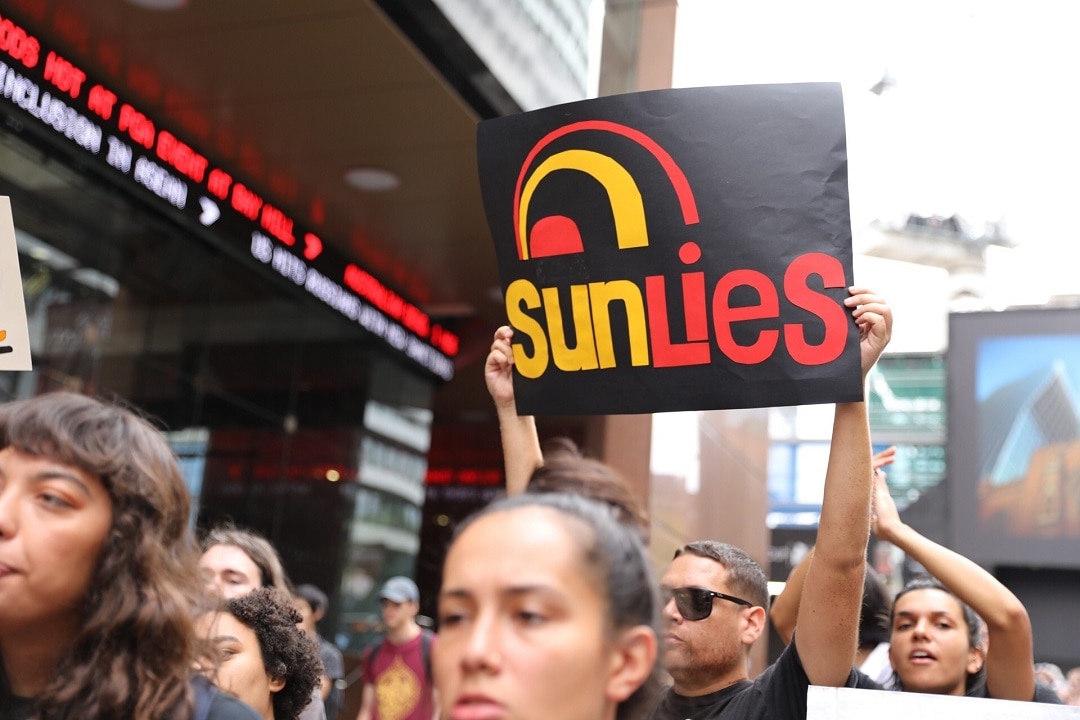 They discussed a News Corp article which claimed the federal assistant minister for children, David Gillespie, had called for "white families" to be "allowed to adopt abused Indigenous children". Mr Gillespie has said he did not use this phrasing.

The investigation comes after NSW Greens MP and Aboriginal Justice Spokesperson David Shoebridge lodged a formal complaint with the ACMA.

In a complaint letter seen by SBS News, Mr Shoebridge specifically cited Ms MacSween's "support ... for the continuation of a Stolen Generation".

One of Ms MacSween's quotes was highlighted: "Please don't worry about the people who will decry and hand wring and say this will be another Stolen Generation. Just like the first Stolen Generation where a lot of children that were taken because it was for their wellbeing, we need to do it again."

The letter said this was "a highly offensive, racist and divisive statement". Mr Shoebridge told SBS News that the media regulator is "quite rightly investigating Sunrise for their broadcast in support of a continued Stolen Generation policy".

"Sunrise made no attempt to condemn or rebuke Prue MacSween when she said on air that the Stolen Generation policy was for the wellbeing of Aboriginal children and should be done again," he said.

"It has been more than two weeks and Sunrise still hasn't apologised to First Nations people for its racist and biased commentary of the Stolen Generation.

"Worse still Sunrise made a concerted effort to silence opposition and cover up protests outside their studio with a fake background.

"We will continue to stand with First Nations people who deserve respect and a well overdue apology from Sunrise and Channel Seven."

SBS News has reached out to Channel Seven and Sunrise for comment on the ACMA investigation.

In the fallout from the segment, co-host David Koch conducted another panel on the "complex and very emotional issue" of childhood protection in Indigenous communities with Indigenous experts.

This morning we held a special edition of Hot Topics, taking a closer look at the issue of child protection, particularly in Indigenous communities.

Three panellists who are experts in their field joined us to discuss. pic.twitter.com/PPnKJbZV9Q

Mr Koch acknowledged that the previous segment had "sparked concern and protests "and the program was "responding to calls by the Aboriginal community to look at the issue with the experts".