The 16-year-old Swedish climate activist has urged the European Union to double its ambition for greenhouse gas cuts.

Greta Thunberg, the 16-year-old Swedish climate activist who has inspired pupils worldwide to boycott classes, urged the European Union on Thursday to double its ambition for greenhouse gas cuts.

At an EU conference, Thunberg warned that politicians who fail to tackle climate change will be "remembered as the greatest villains of all time" for leading the world to disaster.

"If the EU is to make its fair contribution to staying within the (Paris climate deal) carbon budget for a two-degree limit, it means a minimum of 80 percent reduction by 2030," Thunberg told the conference before joining a student protest march in Brussels.

"And that includes aviation and shipping," she said in a ten-minute speech before European Commission chief Jean-Claude Juncker and EU civil society. "So around twice as ambitious as the current proposal."

Under the 2015 Paris deal to limit global warming to well below 2 degrees Celsius, the 28-nation EU has pledged to cut greenhouse gas emissions by at least 40 percent by 2030, compared to 1990.

EU officials are now talking of increasing the figure to 45 per cent. 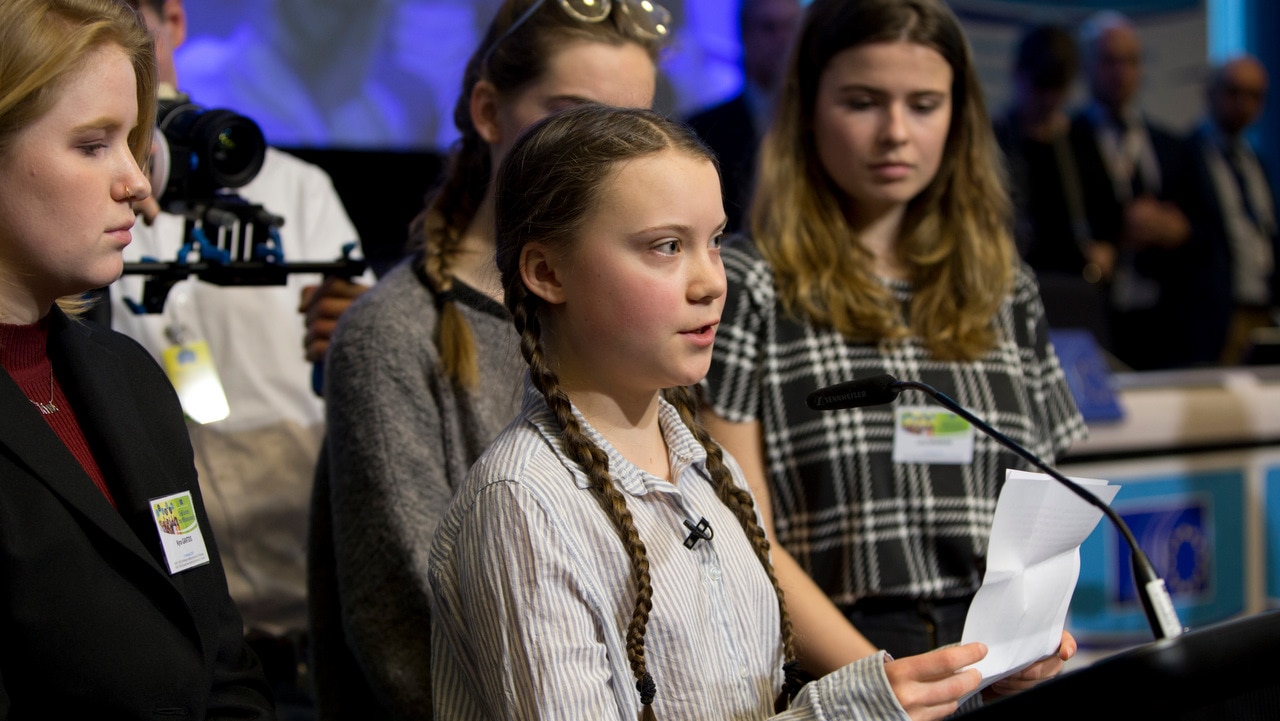 The young Swede alluded to warnings from the UN's Intergovernmental Panel for Climate Change (IPCC) that warming is on track towards a catastrophic 3C or 4C rise, and avoiding global chaos will require a major transformation. She said there was still about a decade to act to make such a transformation.

"If we fail to do so, then all our achievements and progress have been for nothing," she said, often receiving warm applause from conference participants.

"And all that will remain of our political leaders' legacy will be the greatest failure of human history," Thunberg said.

"And they will be remembered as the greatest villains of all time because they have chosen not to listen and not to act."

Our conference continues in the afternoon with 7 workshops on the #futureofEurope.

She said protesting students were asking politicians to "unite behind science" after having had ignored its warnings about climate change for decades.

"We are school striking because we have done our homework," she said.

Thunberg later joined 7,500 Belgian student activists who staged a march against climate change in Brussels, their seventh such protest. "I think it is very good that the young protest in the streets of Europe to defend the environment," Juncker told the conference, adding adults should join them.

Thurnberg hit global headlines with her speech in December at a UN climate meeting in Poland and has received support from climate activists.

Every Friday since August, she has staked out a spot in front of the parliament building in Stockholm, demanding that her government step up the fight against climate change.

In the last six months, tens of thousands of high school students -- in Sydney, Brussels, Berlin, The Hague, London and other cities -– have followed suit.