A Swedish judge has ruled that details concerning an alleged rape by WikiLeaks founder Julian Assange be held behind closed doors.

A Swedish prosecutor says WikiLeaks founder Julian Assange should be detained in absentia on suspicion of rape because he poses a flight risk.

Speaking in court on Monday after a closed-door session where details of the alleged 2010 rape were discussed, deputy chief prosecutor Eva-Marie Persson said the request was necessary due to the risk that Assange would evade justice after completing his sentence in Britain for skipping bail.

Assange is serving a 50-week sentence but could possibly be released in September or October, according to Persson.

Assange denied the allegations, according to his Swedish defence lawyer, Per E Samuelson, who countered that there was "no immedidate risk of flight" as his client was in a British prison.

After hearing arguments from both sides, the Uppsala district court adjourned and said a decision was due later Monday.

Samuelson earlier said that the prosecution could travel to London to conduct the interview with Assange or interview him via video-link.

In April, police dragged Assange out of the Ecuadorian embassy in London where he had been holed up since 2012. 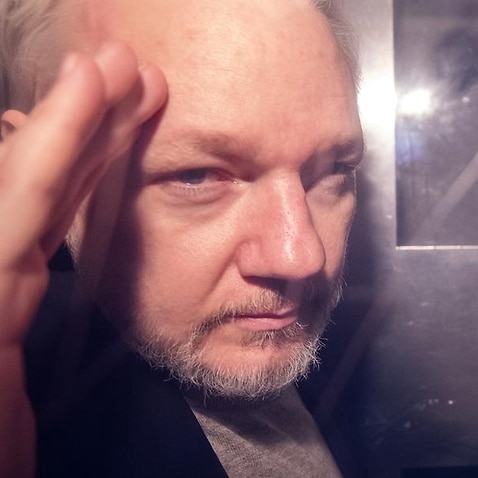 The United States is also seeking his extradition.

Washington has accused Assange of conspiring with former US military intelligence analyst Chelsea Manning to leak a trove of classified material in 2010.

US prosecutors recently brought a new 17-count indictment against Assange for the publication of classified information.

Last Thursday, undisclosed health reasons prevented the 47-year-old Australian from taking part in an extradition hearing via video-link from London's Belmarsh Prison over a US request.

Samuelson told the Swedish court that there were grounds to suspect that the Swedish prosecutor's move was "to compete with the US over an extradition."

The lawyer added that Assange "has compelling reasons to remain in Britain" after the US widened its probe to 18 counts, and that Assange needed to be in regular contact with his British lawyers to fight that.

Persson rejected that claim and said Assange was suspected of a crime in Sweden, and as such should beinvestigated there.

The prosecutor and lawyer disagreed over whether Assange has been willing to cooperate in the investigation of the alleged rape.

Persson recently announced that Sweden was to reopen a preliminary rape investigation into Assange that was dropped in 2017.

Three other cases of alleged sexual assault against Assange were dropped in 2014 due to the Swedish statute of limitations, but the rape probe does not run out until August 2020.

Prior to Monday's hearing, Persson said that if the Uppsala district court approved the request, she would issue a European Arrest Warrant concerning his surrender to Sweden.

Last week, Nils Melzer, the UN rapporteur on torture, said Assange showed "obvious" signs of the psychological torture inflicted on him due to years of confinement and persecution. His assessment came after a visit he made to Assange in early May.