It was the first time the Sydney Gay and Lesbian Mardi Gras parade was not held on Oxford Street since it began in 1978.

A truly unique Sydney Gay and Lesbian Mardi Gras parade went off with a bang on Saturday, with thousands of spectators flooding a rainbow and glitter-filled Sydney Cricket Ground.

It was the first time in history the annual parade was not held on Oxford Street, the site of the first protest in 1978, with COVID-19 restrictions prompting organisers to move the event to the stadium where attendance was able to be ticketed.

The stadium's capacity was capped at 75 per cent, or about 36,000 attendees on Saturday night, a small portion of the hundreds of thousands of people who usually flock to Oxford Street each year. But the change of venue from street to stadium and limited crowd numbers did not dampen the mood, with about 5,000 glitter-clad paraders representing more than 100 community groups dancing around the confetti-filled grounds.

As is tradition, the Dykes on Bikes motorcycle group led the parade to loud cheers from the crowd, followed by the First Nations float - who dressed in black to pay tribute to the Black Lives Matter movement and Indigenous people killed in custody - and the 78ers contingent representing people who marched in the first Australian Mardi Gras protest.

"It’s a privilege to be here today to celebrate the bravery and unity of the medical profession and the Australian public in 2020-21 as we tackle COVID together," doctor Sophie Keen told SBS News after marching with the GLADD group representing LGBTIQ+ doctors and dentists. 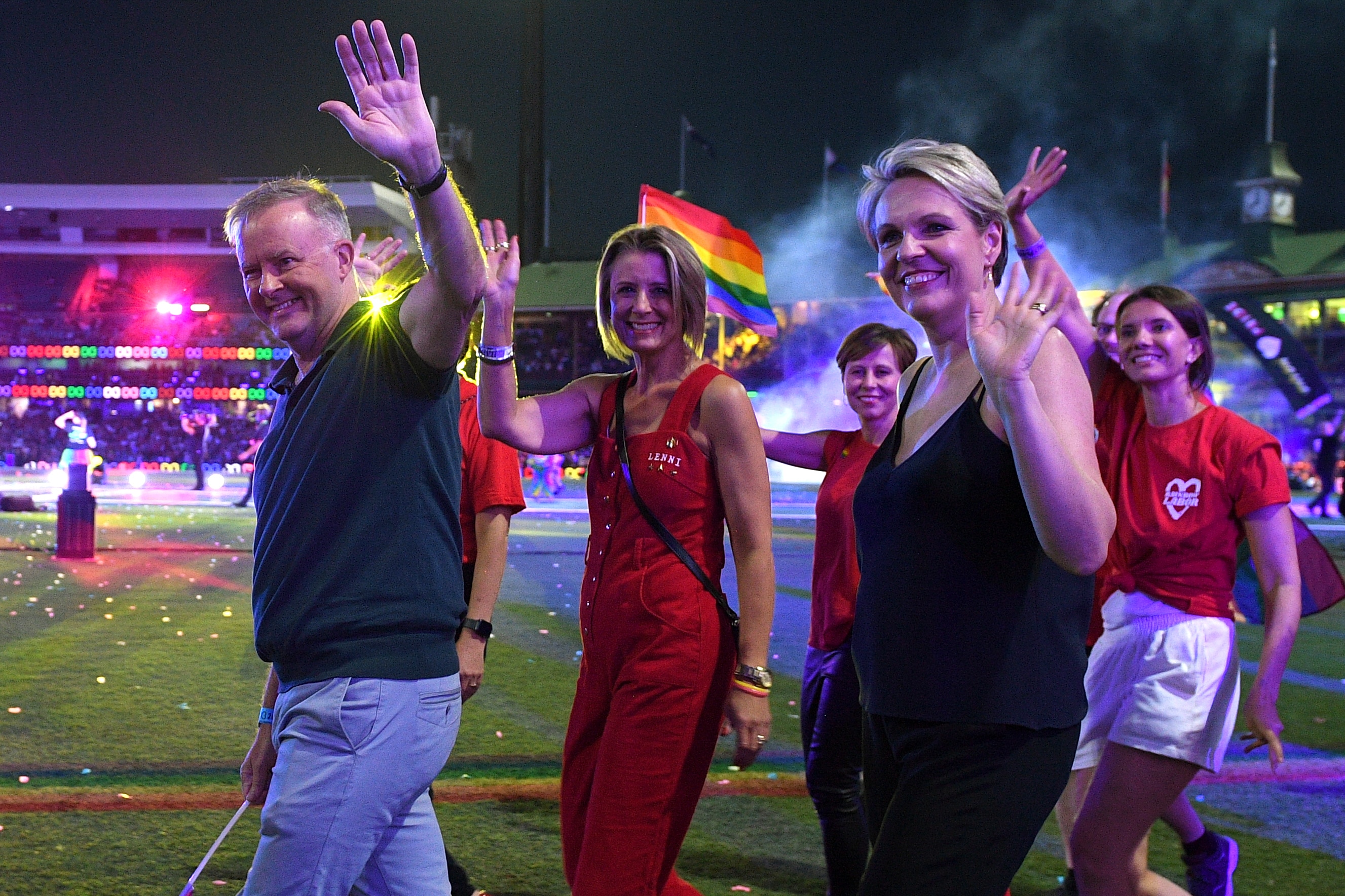 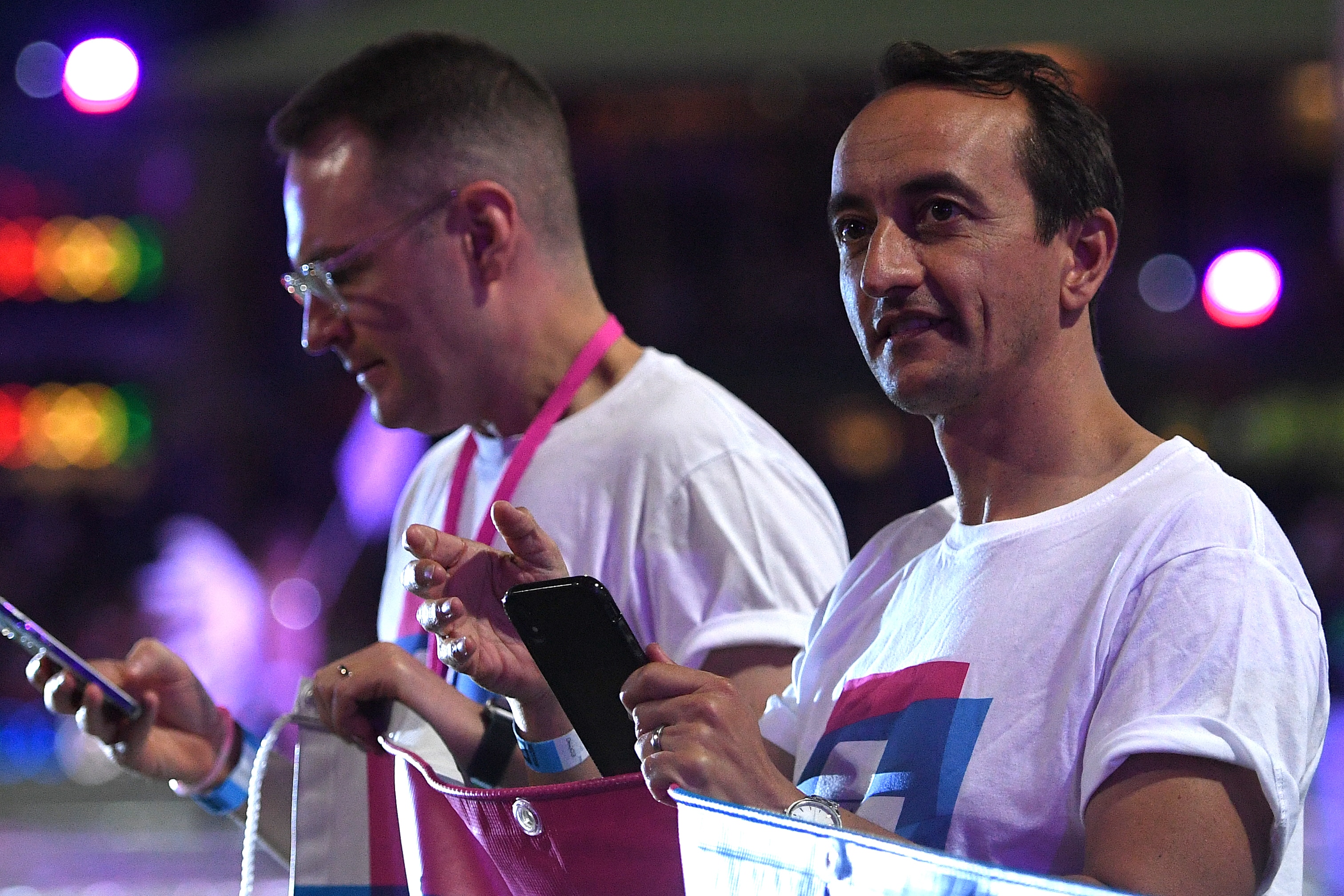 Due to social distancing restrictions floats were limited to 40 people, meaning many familiar performances were smaller than usual - but attendees said it was exciting that they were able to come together at all.

"We’ve done this multiple times and we weren’t sure what this venue was going to be like," she told SBS News. "But it was unbelievable, we couldn't have dreamt of anything better." 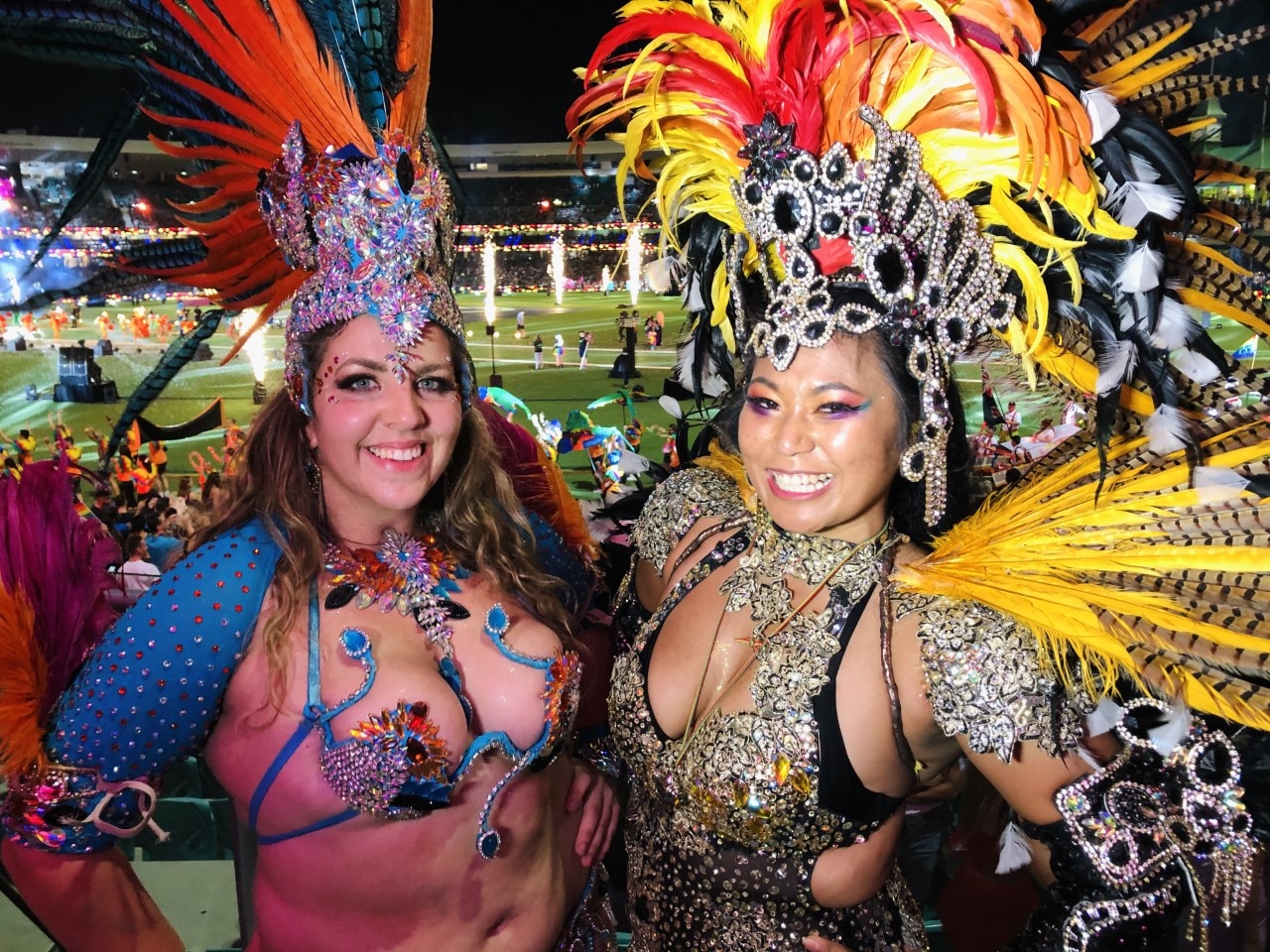 British singer-songwriter Rita Ora, who headlined the event, fought back tears as she reflected on the hardships of the past year.

"I'm a little bit emotional, this is my first show in a very, very long time," she told the crowd. "This is the best community in the world."

All attendees had their temperatures checked before entering the stadium and were urged to remain in their seats.

Dr Bhushan Joshi and Sophie Keen marched with GLADD. Sophie says:
“It’s a privilege to be here today to celebrate the bravery and unity of the medical profession and the Australian public in 2020-2021 as we tackle COVID together.” @SBSNews #MardiGras pic.twitter.com/JE4MU4qrpt

Sydney Gay and Lesbian Mardi Gras chief executive Albert Kruger said the event was "better any expectations we ever had" after earlier fears it would not be able to go ahead due to the pandemic.

The theme of the 2021 event was "rise", touching on the difficulties of the past 12 months and the need for Australians to come together.

Earlier in the day, a separate protest was held along the traditional Oxford Street parade route, with Pride in Protest activists calling for an end to what they say is the commercialisation of Mardi Gras, as well as wider LGBTQI+ and race discrimination. The Dykes on Bikes in the 43rd annual Gay and Lesbian Mardi Gras.
AAP

The protest was given the green light to go ahead on Friday just before a scheduled hearing in the NSW Supreme Court, where organisers were set to argue for a public health exemption.

The Facebook event for the protest described it as a "joyful march of resistance" and a "Mardi Gras with no cops, no corporations, no conservatives."

You can watch the full parade on SBS On Demand.