Sydney Lord Mayor Clover Moore has questioned the independence of the Australian Federal Police after it dropped an investigation into the Angus Taylor fake documents affair.

The agency on Thursday closed its investigation into his use of dodgy travel figures to attack Ms Moore, saying there was no evidence Mr Taylor was involved in falsifying information.

But Ms Moore on Friday said the public had been failed by the AFP and the federal government.

Clover Moore: "The people might pay the salary but they work for the government who appoints them".
AAP

"It seems to me that the police resources haven't been expended on looking for the evidence of who was responsible," she told ABC Radio.

She also questioned the agency's independence. 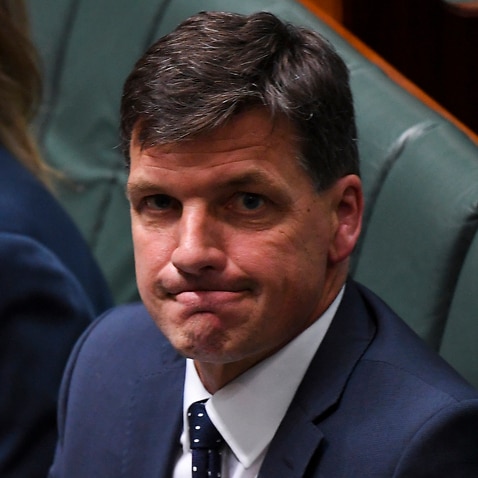 "The people might pay the salary but they work for the government who appoints them," Ms Moore said.

"I don't think until we have a federal ICAC [corruption commission] would we ever get to the bottom of matters like this - they're choosing to not investigate this matter."

Asked if she was alleging the AFP was subjected to political interference or influence, Ms Moore said: "I don't believe the federal police work for us."

Angus Taylor has been cleared by the AFP over a letter, which purported to reveal the City of Sydney council's travel expenditure.
AAP

"This outcome - that they haven't bothered to investigate this matter - would indicate that".

The AFP hadn't "bothered" to look for the information required "because they're not prepared to take on a federal minister for a mayor of a city," Ms Moore added.

Opposition leader Anthony Albanese repeated calls for Mr Taylor to be sacked but declined to criticise the AFP's investigation.

It was clear the document was a fake and the government couldn't sweep lingering questions under the mat, Mr Albanese added.

"The prime minister needs to ask Angus Taylor where it came from. People have a right to know these things," he told reporters on Friday.

Mr Taylor sent a letter to the lord mayor last year accusing her of driving up carbon emissions by spending more than $15 million of ratepayers money on domestic and international travel for council staff.

But that figure, cited in documents distributed by the minister's office, proved to be wildly incorrect.

The minister apologised to Ms Moore but has never explained where the dodgy document came from.

"The AFP assessment of this matter identified there is no evidence to indicate the Minister for Energy and Emissions Reduction was involved in falsifying information," an AFP spokesperson said.

"The low level of harm and the apology made by the Minister for Energy and Emissions Reduction to the Lord Mayor of Sydney, along with the significant level of resources required to investigate were also factored into the decision not to pursue this matter."

"Nobody has been found to have a case to answer," Mr Dutton said.