Water restrictions will drop from level 2 back to level 1 for greater Sydney, the Blue Mountains and the Illawarra.

Water restrictions across greater Sydney have been relaxed but won't be lifted completely until the NSW government is confident weather patterns will "normalise".

NSW Water Minister Melinda Pavey said water restrictions will drop from level 2 back to level 1 for greater Sydney, the Blue Mountains and the Illawarra on Sunday. Heavy rain in February saw dam levels rise by more than 20 percentage points, with enough water for as much as 150,000 Olympic-size swimming pools.
AAP

Heavy rainfall in February helped boost dam levels with Sydney's Warragamba Dam at over 80 per cent capacity on the weekend.

Ms Pavey said the last time Sydney's dam levels were over 80 per cent was in April 2018 and since then they have been declining at the "fastest rate" on record at 0.5 per cent a week.

But, the restrictions won't be completely lifted yet.

"Until we are confident the weather patterns are normalising, level 1 restrictions will remain in place, so Sydney residents have some stability in their water habits," Ms Pavey said in a statement. 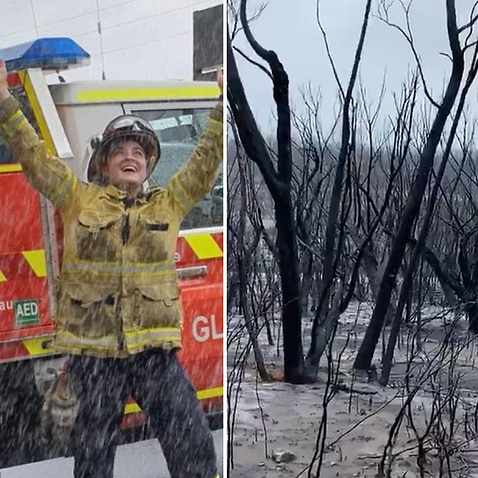 "This drought is a reminder that water is our most precious resource and that saving water needs to be a way of life for us."

Level 1 restrictions include using a hose with a trigger nozzle before 10am and after 4pm. People also cannot leave hoses running unattended or use standard sprinklers and watering systems.

Fines of $220 apply for residential breaches while businesses face a potential $550 penalty.

Level 2 water restrictions were in place from December 10 after dam levels fell rapidly and the region grappled with a deepening drought.