Iran, Russia and Turkey met Friday to discuss the future of Syria's Idlib.

The presidents of Iran, Russia and Turkey held talks in Tehran on Friday, set to determine the future of Idlib province amid growing fears of a humanitarian disaster in Syria's last major rebel bastion.

Shortly after arriving in Iran, Russian leader Vladimir Putin and his Turkish counterpart Recep Tayyip Erodgan sat down for a summit with Iranian President Hassan Rohani, an AFP photographer said.

They met in a conference centre in the north of the Iranian capital as a Syrian regime offensive against the last opposition stronghold appeared imminent.

The three countries are guarantors of the Astana process, a track of negotiations launched after Russia's game-changing 2015 military intervention which has eclipsed the Western-backed Geneva negotiations led by the UN.

Iranian and Russian support for Syrian President Bashar al-Assad has shored up the Damascus regime, allowing it to regain the upper hand in the seven-year civil war which has claimed some 350,000 lives since 2011. Among them were positions of the jihadist Hayat Tahrir al-Sham (HTS) alliance, as well as of the hardline Ahrar al-Sham group, the Britain-based monitor said.

Hundreds of civilians have already begun to flee Idlib as government forces and their allies ready for what could be the last - and bloodiest - major battle of the devastating conflict.

Seized from government forces in 2015, Idlib and adjacent areas form the final major chunk of Syrian territory still under opposition control. The province is home to some three million people -- around half of them displaced from other parts of the country, according to the United Nations.

Turkey, which has long backed Syrian rebels, fears the assault could prompt a flood of desperate Syrians towards its territory.

But regime backers Russia and Iran have sworn to wipe out "terrorists" and Assad has declared his determination to retake control of the entire country. Eight leading aid agencies warned Friday that "once again, it will be the most vulnerable who will pay the heaviest price". They appealed to world leaders to "urgently work together to avoid this horrific scenario".

The Tehran talks could determine the scale and the timeline of the Idlib offensive, which the UN has warned may displace some 800,000 people. 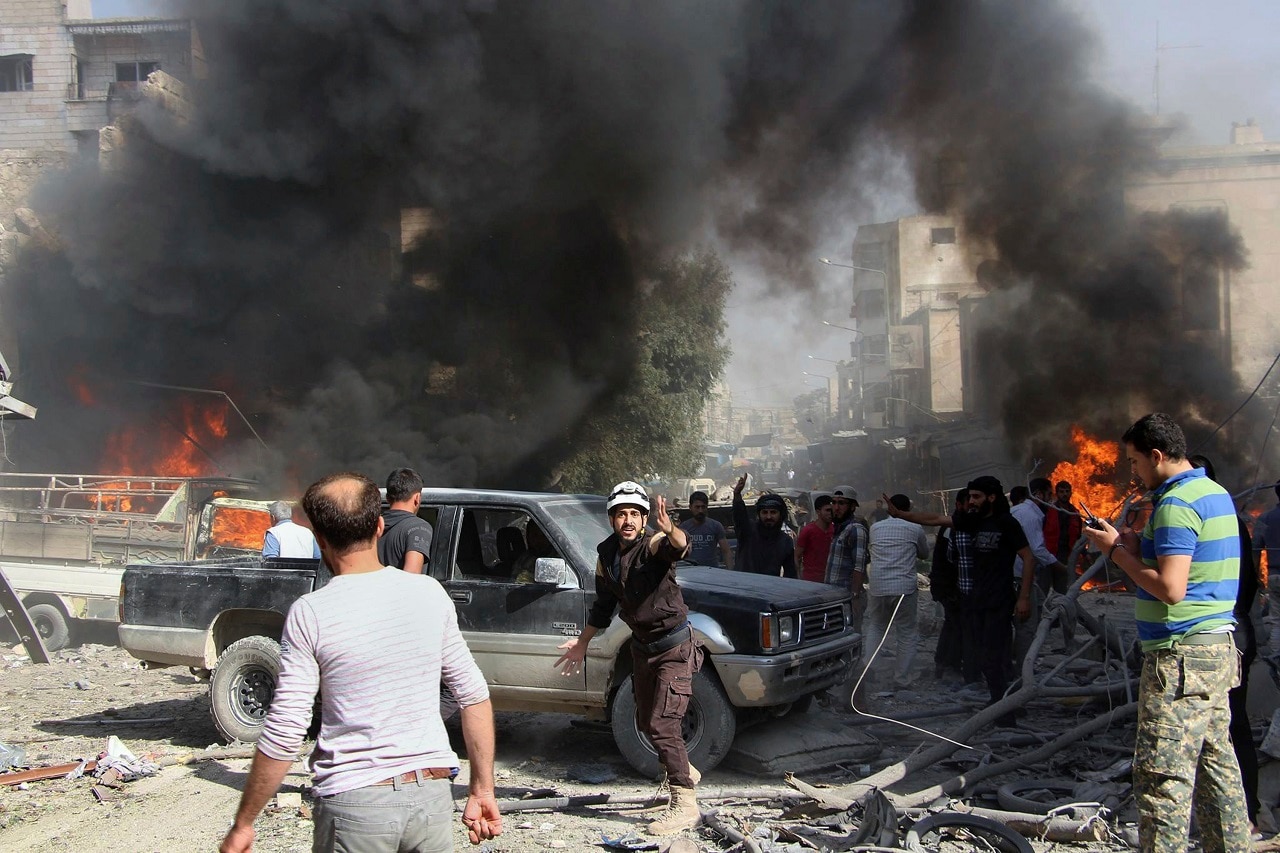 Later Friday, the UN Security Council was also due to meet, at Washington's request, to discuss Idlib.

Russia wants Turkey, which borders the province, to use its influence to rein in the dominant group Hayat Tahrir al-Sham, led by the former Al-Qaeda branch in Syria, as well as rival rebels.

Turkey has limited sway over the jihadists who control an estimated 60 percent of the province, but it backs other rebel groups and has 12 military "observation points" across the area.

Idlib's population has swelled as the regime chalked up a series of victories across the country, reaching evacuation deals that saw tens of thousands of people bussed there.

Russia has said the Syrian army is preparing to solve the problem of "terrorism" in the rebel stronghold and reiterated on Friday that its position had not changed.

"A total and definitive liquidation of the terrorists across all of Syria's territory is necessary," said Russian foreign ministry spokeswoman Maria Zakharova.

She stressed however that Moscow "is doing everything in its power to ensure that human losses and harm to Idlib's civilian population is limited as much as possible".

Her Iranian counterpart, Bahram Ghassemi, assured Damascus of Tehran's support and willingness to "continue its role as adviser and help" for the Idlib campaign. 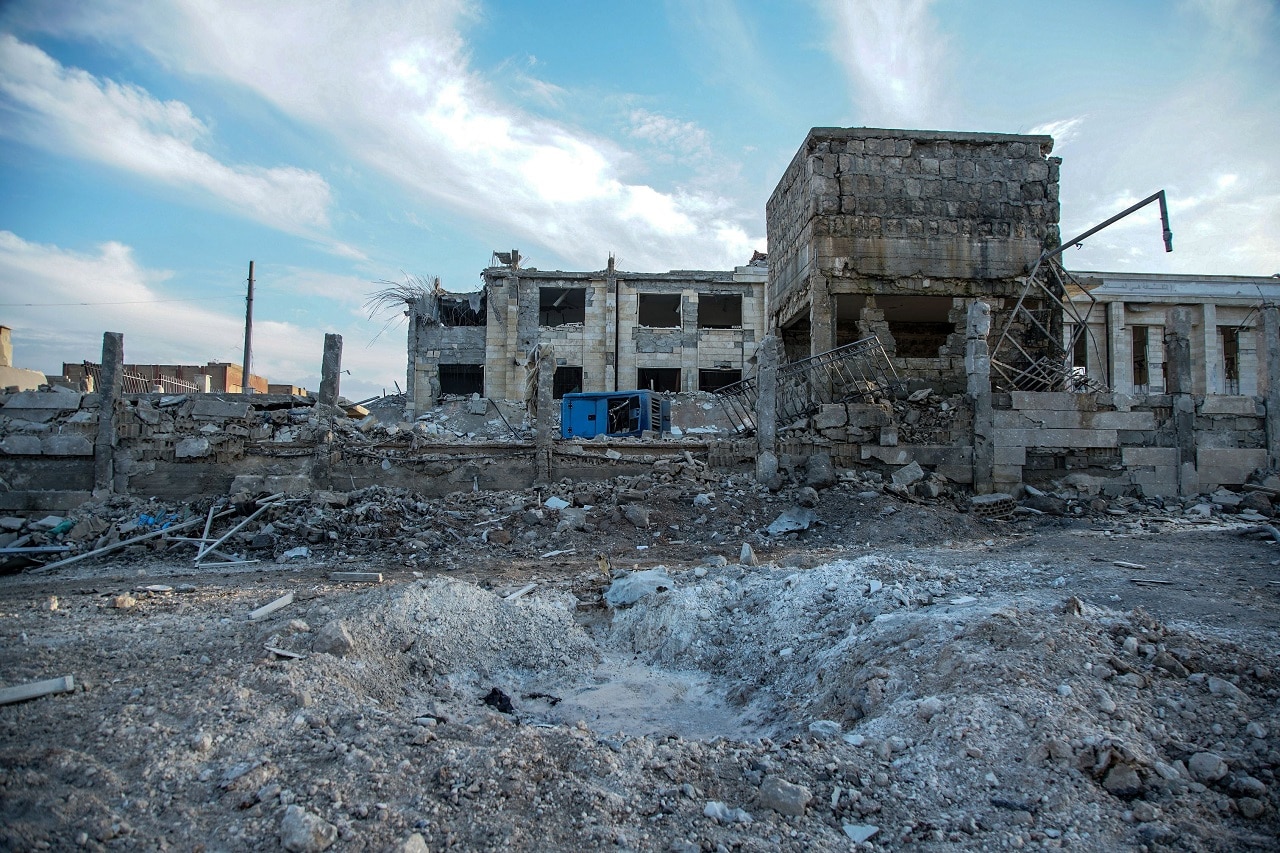 Al-Watan, a Syrian newspaper close to the government, reported Monday the military operation could "immediately follow the summit".

Analyst Sam Heller of the International Crisis Group said there was some hope of a deal.

Any new flood of refugees towards Turkey would come at a time when Ankara is "vulnerable," he told AFP, adding it would be a "huge new burden on Turkey and would overwhelm its humanitarian capacities."

"I don't think that either of these countries, or really anyone, has an interest in doing something which is genuinely destabilising to Turkey," he added.