The suspects were identified late last year in an interior ministry probe into wildfires in the provinces of Latakia, Tartus and Homs. 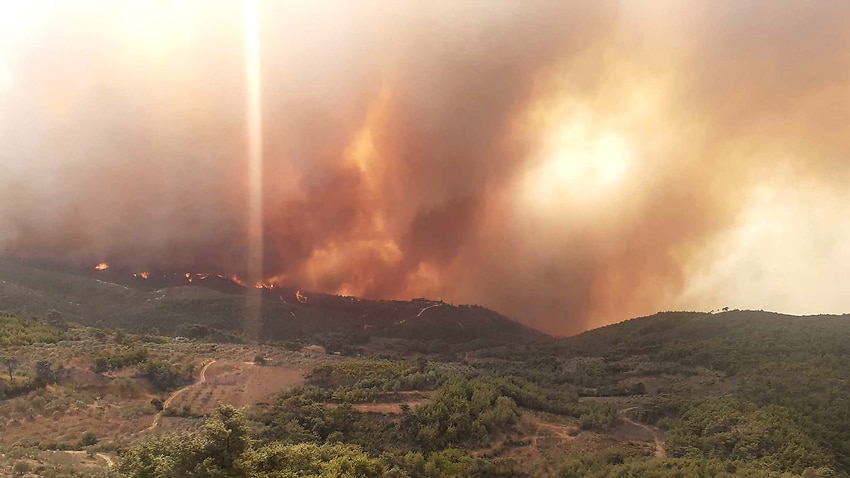 The Syrian government has executed 24 people it convicted of deliberately starting deadly wildfires that raged in the summer of last year, the justice ministry said Thursday.

Those executed on Wednesday were charged with "committing terrorist acts that led to death and damage to state infrastructure and public and private property through the use of flammable material," the justice ministry said in a statement carried by state media.

Eleven others were sentenced to hard labour for life, four to temporary penal labour and five minors were handed jail sentences ranging from 10 to 20 years over similar charges, it added.

Their identities were not disclosed, and no details were provided on where and how the executions took place.

The suspects, the ministry said, were identified late last year in an interior ministry probe into wildfires in the provinces of Latakia, Tartus and Homs.

"They confessed that they had started fires at several locations in the three provinces and they also confessed to convening meetings to plan the fires" that occurred intermittently in September and October 2020, according to the justice ministry.

Read More
'We thought we were done with such attacks': Syria violence leaves 27 dead

At least three people were killed and dozens wounded, state media reported at the time.

Syrian law still provides for the death penalty for offences including terrorism, arson and army desertion, according to rights group Amnesty International.

In its latest death penalty report published this year, Amnesty International said it was able to corroborate information indicating that executions took place in Syria in 2020 but said it did not have sufficient information to give a reliable minimum figure.

The death penalty is usually carried out by hanging in Syria.