Syrian rebels said Saturday they have begun withdrawing heavy arms from a planned buffer zone for northwestern Idlib province, ahead of a deadline to set up the demilitarised area.

The buffer zone, agreed last month between rebel backer Ankara and government ally Moscow, aims to separate regime fighters from the myriad insurgent and jihadist forces of the Idlib region.

The accord aims to stave off a massive regime assault on the last major rebel bastion by creating a 15 to 20-kilometre (nine to 12-mile) buffer zone ringing the area. A Syrian rebel fighter reads the Koran as he sits in a fortified position.
Getty Images

Under the deal all rebels in the demilitarised zone must withdraw heavy arms by October 10, and hardline jihadist groups must leave by October 15.

NLF spokesman Mustafa said the rebel coalition was "maintaining its positions and headquarters with medium and light weapons" inside the buffer zone.

A representative for Faylaq al-Sham, one of the groups making up the alliance, confirmed the withdrawal of arms - including missile and mortar launchers - had begun.

The British-based Syrian Observatory for Human Rights said weapons were pulled back in rebel-held areas in the north of Hama province on the border with Idlib. The monitor said it had information arms had also been shifted in Idlib province on Friday evening, but that the rebels did not publicise the move.

The NLF is the main Turkey-backed rebel alliance in the Idlib region, but jihadist heavyweight Hayat Tahrir al-Sham (HTS) holds most of the province.

HTS, led by former Al-Qaeda fighters, has yet to announce its stance on the buffer zone deal.

Fighting erupted on Friday between Ankara-backed rebels and the jihadist hardliners near the planned demilitarisation zone, the Observatory said.

It said violence first flared between HTS and Nour al-Din al-Zinki rebels in the town of Kafr Halab.

HTS had reportedly been trying to arrest a local commander in the town on the western edge of Aleppo province, near the administrative border with Idlib. "Zinki sent reinforcements to the area, and the clashes expanded to several areas and the National Liberation Front joined in," said Observatory head Rami Abdel Rahman.

At least three civilians and six fighters were killed, the monitor said, before calm was restored after a truce deal between the factions.

Many of the details of the buffer zone agreement, including where exactly the area should fall, remain murky.

The NLF has refused any Russian presence in the buffer zone, which President Vladimir Putin said would be monitored by Russian military police and Turkish troops under the agreement. 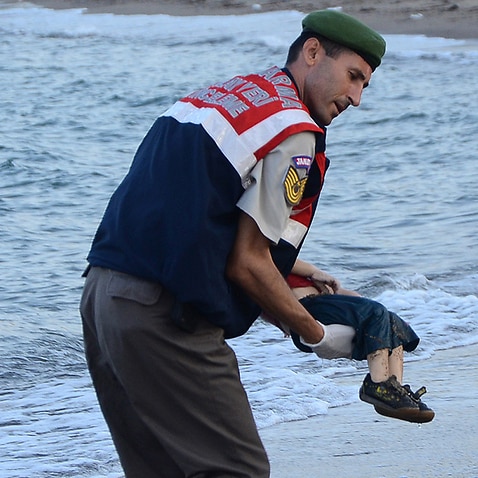 Moscow has accused HTS and other "radical fighters" of trying to torpedo the accord.

Russian foreign ministry spokesman Maria Zakharova said Thursday they "fear finding themselves isolated by the Russian-Turkey deal, and are committing all sorts of provocations and aggravating the situation".

Syria's conflict has killed more than 350,000 people and forced millions more out of their homes, and the UN has warned a full-blown regime attack on Idlib could bring unprecedented suffering.