Gays and lesbians and their supporters have taken to the streets of Taipei, to take part in what organisers say is the largest LGBT pride parade in Asia.

Flamboyant drag queens and horned devils rubbed shoulders with Christian pastors and supporters Saturday as tens of thousands of people took part in Taipei's Gay Pride parade - the biggest in Asia - ahead of a landmark vote next month on LGBT rights on the island.

Taiwan's top court in May 2017 legalised gay marriage, the first place in Asia to do so, and ruled its decision must be implemented within two years.

But there has been little progress towards bringing in the mandatory change since then, with President Tsai Ing-wen saying society is still divided. Members of a pro-gay Christian group at the gay pride parade.
Getty Images

Anti-gay rights campaigners have mounted a referendum against amending the civil code to allow same-sex couples to marry, which will take place alongside local elections in November.

They say marriage should be defined as "a bond between one man and one woman."

In response, pro-LGBT campaigners have put forward their own referendum proposing that the code should be amended, which will also go to the vote next month.

They have also put forward a referendum calling for same-sex education in schools, a counterpoint to another anti-gay referendum opposing it.

The theme of this year's march was to support the pro-gay rights referendums.

Waving rainbow banners, placards and fans printed with slogans including "love is equal" and "vote for a happy future," participants gathered at the square outside the presidential office for the start of the parade.

"I support the referendums because marriage equality is a basic human right that nobody should be deprived of and gender equality education at school is crucial to prevent discrimination and bullying," said Chen Yu-fang, a 39-year-old housewife who brought her two children to the rally.

Organisers estimated a turnout of 137,000, including many overseas participants. A police estimate was not immediately available.

"We pray that the marriage equality will be realised in Taiwan soon and every country in Asia will follow as well," said South Korean pastor Borah Lim, who was among a group of foreign Christian leaders who travelled to Taipei to support the event. Last year's court decision is binding on the government, but did not give specific guidance on how same-sex relationships should be legalised.

If the referendum put forward by the Coalition for the Happiness of our Next Generation is successful, it may require a separate law to be enacted for civil unions between same-sex couples - a move gay marriage campaigners say would be discriminatory and offer fewer legal protections.

"We hope the government will take the issue seriously. It's a pity that there has been no action after the court decision," said Chin Kuang-chih, 26, a drag queen performer.

Referendum proposals in Taiwan are put to a public vote if they are supported by 1.5 per cent of the electorate - a little over 280,000 signatures. If more than 25 per cent of around 19.79 million eligible voters across the island vote in favour, and providing the "yes" votes surpass "no" votes, the government must draw up a bill that reflects the results - which then goes to a parliamentary vote.

Jennifer Lu, a spokeswoman for the Marriage Equality Coalition which is promoting the LGBT referendums, warned it would deal a serious blow to the gay rights movement in Taiwan if the counter proposals were passed.

"We hope everyone will make the right choice in the spirit of democracy."

Analysts said current law does not specify what should happen if two conflicting referendums pass.

The Central Election Commission, which oversees the referendum voting process, told AFP it could not comment on the "hypothetical" question of opposing referendums passing. 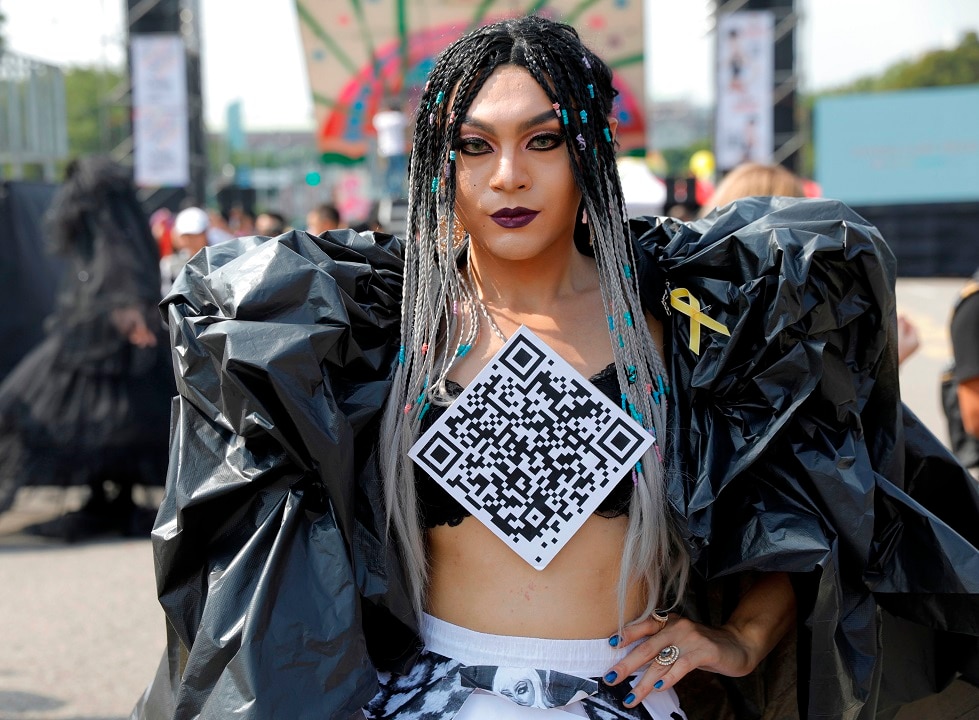 The island will next month vote on LGBT rights.