Lawmakers from the majority Democratic Progressive Party backed the bill, which passed 66 to 27.

Taiwan became the first place in Asia to legalise same-sex marriage on Friday, as thousands of demonstrators outside parliament cheered and waved rainbow flags, despite deep divisions over marriage equality.

Lawmakers from the majority Democratic Progressive Party backed the bill, which passed 66 to 27, though the measure could complicate President Tsai Ing-wen's bid to win a second term in presidential elections next year.

Despite heavy rain, some demonstrators outside parliament in Taipei, the capital, embraced tearfully while others hailed the vote with chants of "Asia's first," and "Way to go, Taiwan!" 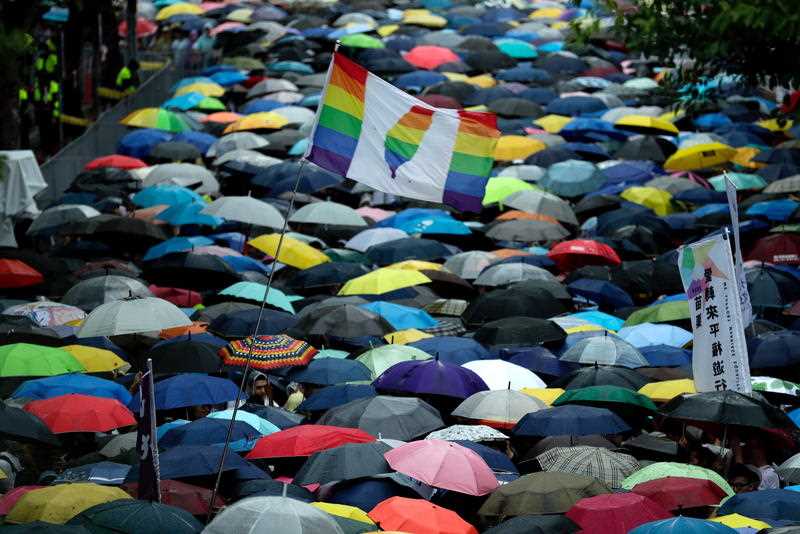 Supporters of same-sex marriage gather outside the parliament building in Taipei.
AAP

The bill, which offers same-sex couples similar legal protections for marriage as heterosexuals, will take effect after Tsai signs it into law.

"Today, we have a chance to make history and show the world that progressive values can take root in an East Asian society," Tsai wrote on Twitter before the vote.

"Today, we can show the world that #LoveWins," added Tsai, who campaigned on a promise of marriage equality in the 2016 presidential election. 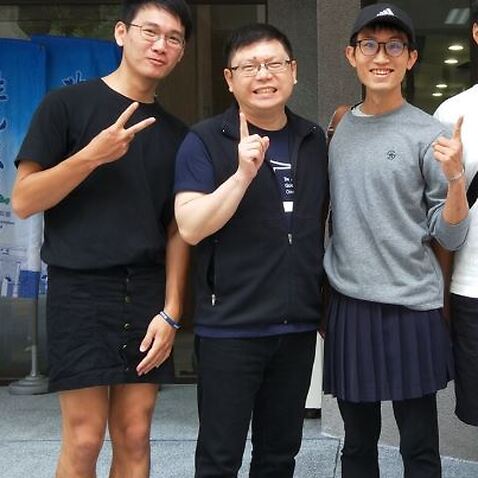 It was not immediately clear, however, if same-sex couples are entitled to key rights, such as adoption and cross-national marriage, with parliament continuing to discuss the measure on Friday.

The vote followed a years-long tussle over marriage equality that culminated in a 2017 declaration by the democratic island's constitutional court giving same-sex couples the right to marry, and setting a deadline of May 24 for legislation.

Taipei's colourful gay pride parade, one of Asia's largest, puts on display every year the vibrancy of the island's lesbian, gay, bisexual and transgender (LGBT) community.

However, Friday's measure could prove a challenge to Tsai's bid for a second term in a January presidential election, after a poll defeat last year for her DPP was blamed partly on criticism of her reform agenda, including marriage equality.

Late last year, Taiwan voters opposed same-sex marriage in a series of referendums, defining marriage as being between a man and a woman, while seeking a special law for such unions.

"How can we ignore the result of the referendums, which demonstrated the will of the people?" John Wu, a legislator from the opposition Kuomintang party, asked parliament before Friday's vote.

"Can we find an appropriate compromise solution? We need more dialogue in society." Supporters campaigned outside parliament in the rain.
AAP

Conservative groups that oppose same-sex marriage said the legislation disrespected the people's will.

"The will of some seven million people in the referendum has been trampled," one group, the Coalition for the Happiness of Our Next Generation said in a statement. "The massive public will strike back in 2020."

Australia passed laws allowing same-sex marriage in 2017, but such unions are not recognised by Hong Kong and neighbouring China, which regards Taiwan as a wayward province to be brought back into the fold by force if necessary.