Culturally and linguistically diverse communities have increasingly fallen victim to scams with new data revealing a sharp rise in the amount of financial losses. 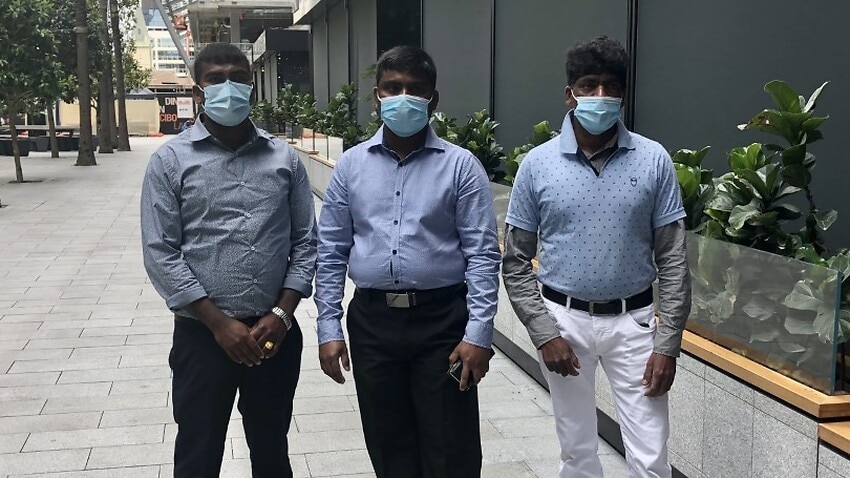 Three men from Sydney's Tamil community have spoken out about being scammed. Source: SBS News

After Kumar* lost $17,000 to an investment scam he says he was left feeling cheated and worried about whether he would ever get the money back.

He is one of three men from Sydney’s Tamil community who have collectively lost $20,000 to a scam known as ‘Hope Business’.

The scam has disproportionately affected people from culturally and linguistically diverse communities, including recent migrants from Sri Lanka and Myanmar, according to the Australian Competition and Consumer Commission (ACCC).

Kumar said he and the other two men were individually approached on Facebook by scammers who communicated in Tamil.

“We lodged the complaint and hope that the money will be given back because the government will do something,” Kumar told SBS News.

Kumar told SBS news he's holding out hope of getting his money back. Source: SBS News

Mohan* is another Tamil community member who says he was caught in the deception and is speaking out to alert others not to make the same mistake.

“We are worried because we lost hard-earned money and many others have lost a big amount of money, that makes us sad,” he told SBS News.

The ACCC released new data this week showing financial losses to scams had increased by 87 percent to $236 million between 1 January and 31 October this year.

There have been more than 242,000 reports to Scamwatch - a website run by the ACCC.

Scammers stole $36.2 million from people who speak English as a second language during this period.

This figure is up almost 93 per cent when compared to the same period last year.

People who speak English as a second language have also been over-represented in specific scams such as identity theft, pyramid schemes and forms of threats.

Read More
Fay fell in love with the captain of a cargo ship, then she found out she’d been sunk by a love scam

But Australian Banking Association CEO Anna Bligh said everyone in Australia was potentially vulnerable to the threat.

“They don't discriminate, they'll try to get money wherever they can,” she told SBS News.

“But where somebody may be at a bit of a disadvantage for example, if English is not their first language … they may well be a little easier for scammers to draw in.”

Labor’s Minister for Financial Services and Superannuation Stephen Jones appeared at a media event alongside Tamil community members on Thursday.

He said if elected, Labor intended to set up a National Anti-Scam Centre to act as a “one stop shop” for people to report their concerns.

“The government needs to step up and do more,” he told SBS News.

“The cost of scams [has] gone up and up and up over the pandemic.”

In a statement, Assistant Treasurer Michael Sukkar said “it’s simply untrue to say the government isn’t acting when it comes to scams".

“The ACCC works with its partners across Government and industry to disrupt scams [and] we’ll continue to work with banks, telcos and regulators to support and protect Australians against scams.”

Mr Sukkar added that the Scamwatch website acted as the "best defence" to help people recognise, avoid and report scams.

You can find out more on how to protect yourself against scams here.

*Not their real name.