The Tanzania government says a cable car on Mount Kilimanjaro could increase tourist numbers by 50 per cent but social media users and local porters and guides have concerns.

Tanzania wants to boost tourist numbers by putting a cable car on Mount Kilimanjaro, Africa’s tallest mountain and is in talks about the project with a Chinese and a Western company.

A cable car could increase tourist numbers by 50 per cent by providing access to the mountain for those unable to climb it, Constantine Kanyasu, the deputy minister for tourism, said. 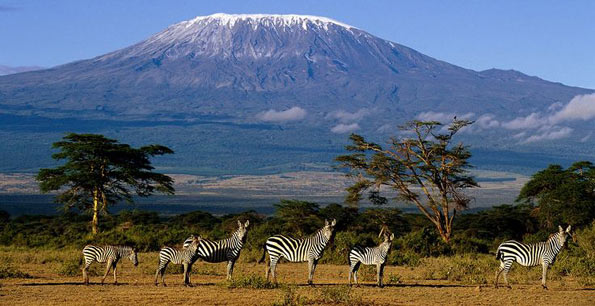 A cable car has been proposed for Mount Kilimanjaro.
pexel

The country is conducting feasibility studies on possible routes at the moment, Kanyasu told Reuters.

“We are still doing a feasibility study to see if this project works,” he said.

“There are two companies one from China and another from a Western country that have shown interest.”

“This won’t be the first time in the world, cable cars are there in Sweden, Italy, the Himalayas."

Kanyasu said the government was looking at business plans, potential investors and profits.

The length of the route has not been finalised, with various options under consideration depending on cost and engineering issues, the minister said.

An environmental impact assessment would also be carried out, he said.

Porter and guide groups who take tourists up the mountain oppose the project because they fear cable cars will reduce the number of climbers.

“One visitor from the US can have a maximum of 15 people behind him, of which 13 are porters, a cook and a guide. All these jobs will be affected by a cable car,” he said.

“We are of the view that the mountain should be left as it is.”

Kilimanjaro hosts about 50,000 tourists every year, and this figure could balloon with a cable car service that could cater to those unable to climb the mountain, including children and the physically challenged pic.twitter.com/HWfAVMoM83

Mount Kilimanjaro from the Top..... pic.twitter.com/wiLq6XvfLa

There are about 20,000 porters working between Mount Kilimanjaro and Meru, another mountain nearby, he said.

Tanzania’s earnings from tourism jumped 7.13 per cent last year, helped by an increase in arrivals from foreign visitors. Tourism revenues raised $2.43 billion for the year, up from $2.19 billion in 2017.

Tourism is the main source of hard currency in Tanzania, known for its beaches, wildlife safaris and Mount Kilimanjaro, which has three volcanic cones and is nearly 5,000 meters high from its base.

The idea of a cable car doesn't appeal to everyone, with plenty of Twitter users voicing their outrage.

"So, pop up Kili by cable car; just enough time for a cappuccino, a stop at the gift shop & a couple of selfies. Back to the hotel in time for lunch. Anyone else feel depressed by this vision?" one user wrote.

Another was more succinct: "No, no and no. What a ridiculous idea."

"I've been fortunate to summit that amazing mountain twice, so far. Scarring its natural beauty with a cable car is a crime," another Twitter user voiced.