Returning Tasmanian senator Jacqui Lambie has joked she wants $10 billion for Tasmania as she weighs up her position on the coalition's tax package.

The Coalition's $158 billion tax cuts are likely to come down to winning the returning Tasmanian senator's support as Labor remains at loggerheads with the Morrison government over the package.

"I know my constituents down there, especially those lower income ones, they'd like their tax cuts now, I know that much," Senator Lambie told reporters. She joked about exacting a funding promise for her home state of Tasmania in return for her support.

"I'm sure Tasmania would love $10 billion dollars mate," she said, before clarifying she was just kidding.

The government needs four out of six crossbenchers to get the three-stage plan through the upper house, while Labor is hoping to convince the crossbench to back its amendments. 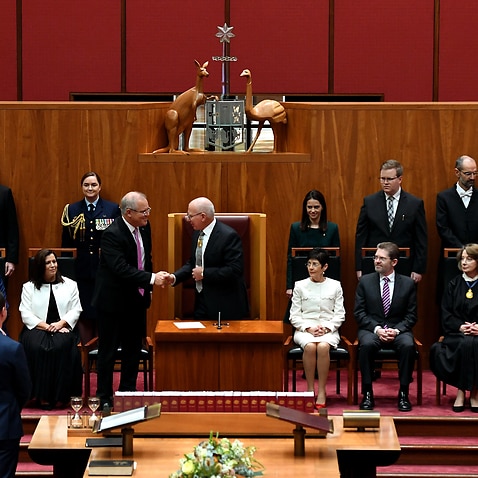 Tax cuts, environment and pomp and ceremony on the agenda for first Parliament sitting

Senator Lambie said she had not made up her mind about Labor's amendments which seek to bring forward the second stage of the package and ditch the third stage.

"I've been up here now just over 24 hours and I just need more information," she said, adding that she was talking to all sides.

Former Liberal Cory Bernardi is the only crossbencher to have resolutely backed the full package, while minor party Centre Alliance - which has two votes - doesn't see any "roadblocks" to negotiations that could earn its support for the tax relief. 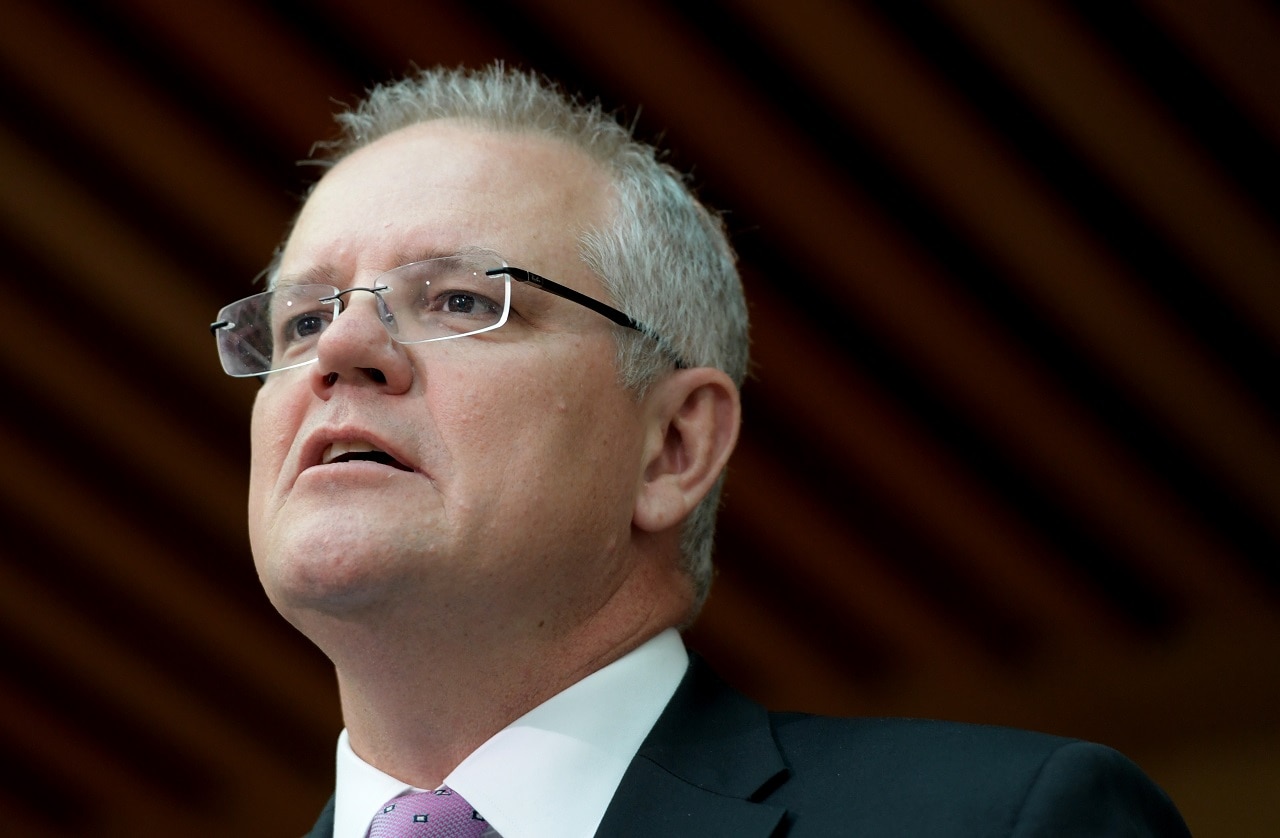 The Morrison government will introduce the legislation to the lower house after the re-opening formalities conclude late on Tuesday.

Labor is sticking by its refusal to back the full plan, but Shadow Treasurer Jim Chalmers said they would reconsider their position if its amendments fail in the Senate. "We're going to put all of our effort into our amendments. If those amendments are unsuccessful, then we will consider our options at that point," Mr Chalmers said on Monday.

"They voted for the personal income tax plan that we set out in the budget," he told ABC's 730 program on Monday.

"I'm very confident we'll be able to take these bills through the parliament, with the support of the parliament and those parliamentarians who don't want higher taxes."

Tax cuts, environment and pomp and ceremony on the agenda for first Parliament sitting

Labor leader Anthony Albanese is concerned stage three of the plan - estimated to cost $95 billion - will permanently reduce the amount of help the government is able to provide the public.

While the Opposition amendments will fail in the lower house, it is possible Labor can get enough support in the Senate to pass them.

It would then be up to the government to accept or reject the Senate's amendments.

One Nation and the Greens don't support the plan, but Centre Alliance is negotiating with the government on measures to reduce gas prices so the tax relief isn't chewed up by rising power bills. "We've still got a few things to nut out with the government ... but I don't see any roadblocks," Centre Alliance senator Rex Patrick told ABC's AM.

"Presuming we can get an assurance that we can get energy prices down, I think we're basically in a position where we'll end up supporting it."

The first stage of the plan will deliver up to $1080 to low and middle-income earners when they lodge their tax returns in the coming months. 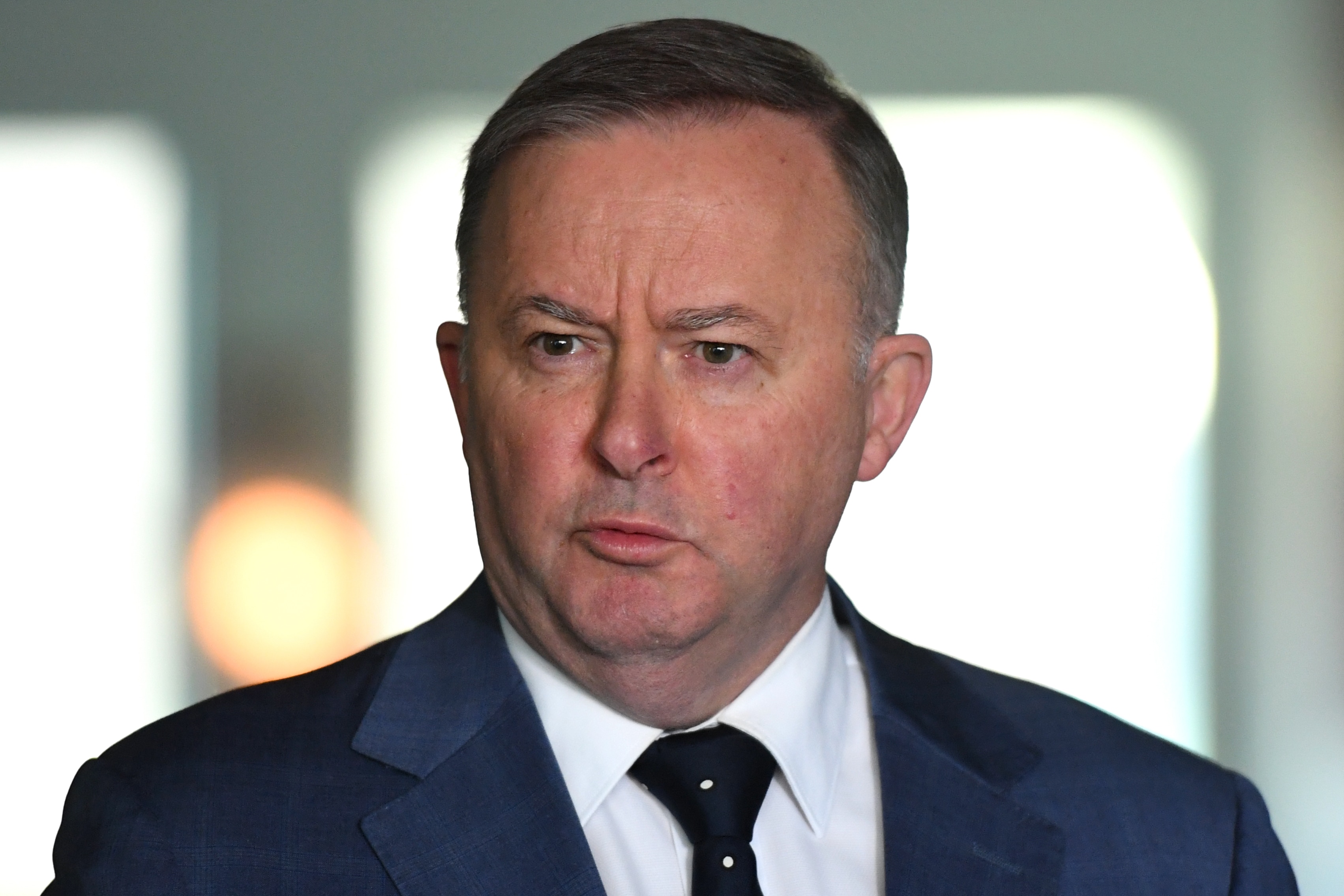 Among Labor's concerns about the third stage is that it will be unaffordable for the budget in five years time.