Sixteen-year-old Greta Thunberg has responded to an op-ed written by columnist Andrew Bolt which describes the teenager as ‘deeply disturbed'.

Her response follows an opinion piece by the News Corp columnist, labelling the 16-year-old a ‘deeply disturbed’ messiah.

In a tweet, Greta returned fire, saying "hate and conspiracy campaigns" around climate change had prompted her strident advocacy action.

"I am indeed 'deeply disturbed' about the fact that these hate and conspiracy campaigns are allowed to go on," she tweeted.

"Just because we children communicate and act on the science. Where are the adults?"

I am indeed ”deeply disturbed” about the fact that these hate and conspiracy campaigns are allowed to go on and on and on just because we children communicate and act on the science. Where are the adults? pic.twitter.com/xDSlN0VgtZ

She followed up with another tweet, urging people to "unite behind the science".

This is the question that needs to be repeated to all people in power every single day. Over and over again.#UniteBehindTheScience https://t.co/NsaZjqzH1g

She has been nominated for a Nobel peace prize for her campaigning, which has emphasised the need for urgent human action against global warming.

But in his opinion piece, Mr Bolt questioned why so many are listening to her "climate panic".

"No teenager is more freakishly influential than Greta Thunberg," Mr Bolt wrote in his op-ed. He described her as one of the most "astonishing" messianic figures in world history.

"I have never seen a girl so young and with so many mental disorders treated by so many adults as a guru."

Greta has in the past talked openly about her experience with Asperger syndrome - a form of autism - and selective mutism, a childhood anxiety disorder.

"It also makes me see things from outside the box," she told BBC Radio 4 in April.

"I don’t easily fall for lies, I can see through things." Conservative commentator and journalist Andrew Bolt.
AAP
This week, Greta announced plans to sail across the Atlantic in a zero-emissions yacht to attend a UN summit in the United States and Chile.

She refuses to fly over concerns around the greenhouse gas emissions.

Mr Bolt targeted this unwillingness to "compromise" in his opinion piece.

"This allows followers who are tormented with doubt and burden of freedom to relax into her totalitarian certainty," Mr Bolt wrote.

"What is so fascinating about this Thunberg cult is not just that she’s believed so fervently even though she’s wrong." 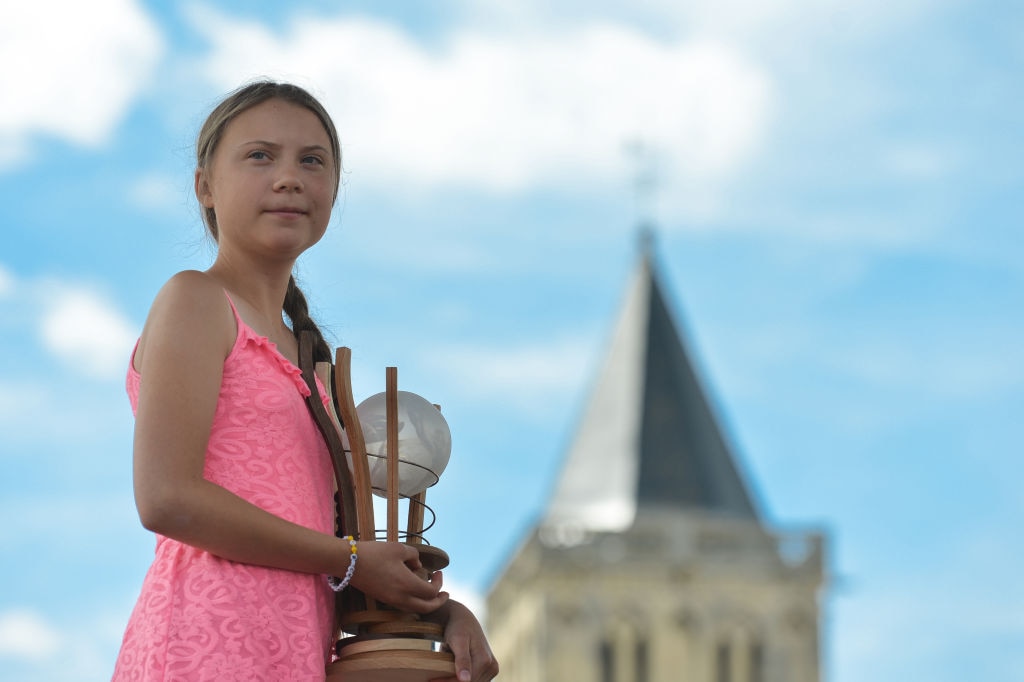 Mr Bolt took issue with what he described as the "humanity faces doom" perspective on climate change, saying he was concerned at the number of elected politicians and business leaders who have "treat[ed] a young and strange girl with such awe and even rapture".

He said it was troubling to him that this "wrong" view was being accepted.

"The world has recently posted record grain crops and record life expectancy," he wrote to support his argument that the forecast impact of climate change has been overstated.

This year, Greta told world leaders at the World Economic Forum in Davos that "I want you to panic. I want you to feel the fear I feel every day."

Mr Bolt said the evidence does not suggest the world faces such imminent doom. Greta is currently taking a year off school to attend climate conferences throughout the Americas.

The UN Climate Action Summit on 23 September is aimed at accelerating actions to implement the Paris Agreement on climate change across the globe.

Leaders have been encouraged by UN Secretary-General António Guterres to attend the summit with "concrete, realistic plans" to reduce their greenhouse gas emissions.