A 16-year-old Swedish climate champion has received the first Freedom Prize in France, and has urged people to recognise the link between climate change and "mass migration, famine and war."

Flanked by two WWII veterans who sponsor the prize, the 16-year-old accepted the award at a ceremony in the northwestern city of Caen, Normandy, on Sunday.

"This prize is not only for me," Greta said. "This is for the whole Fridays for Future movement because this we have achieved together." 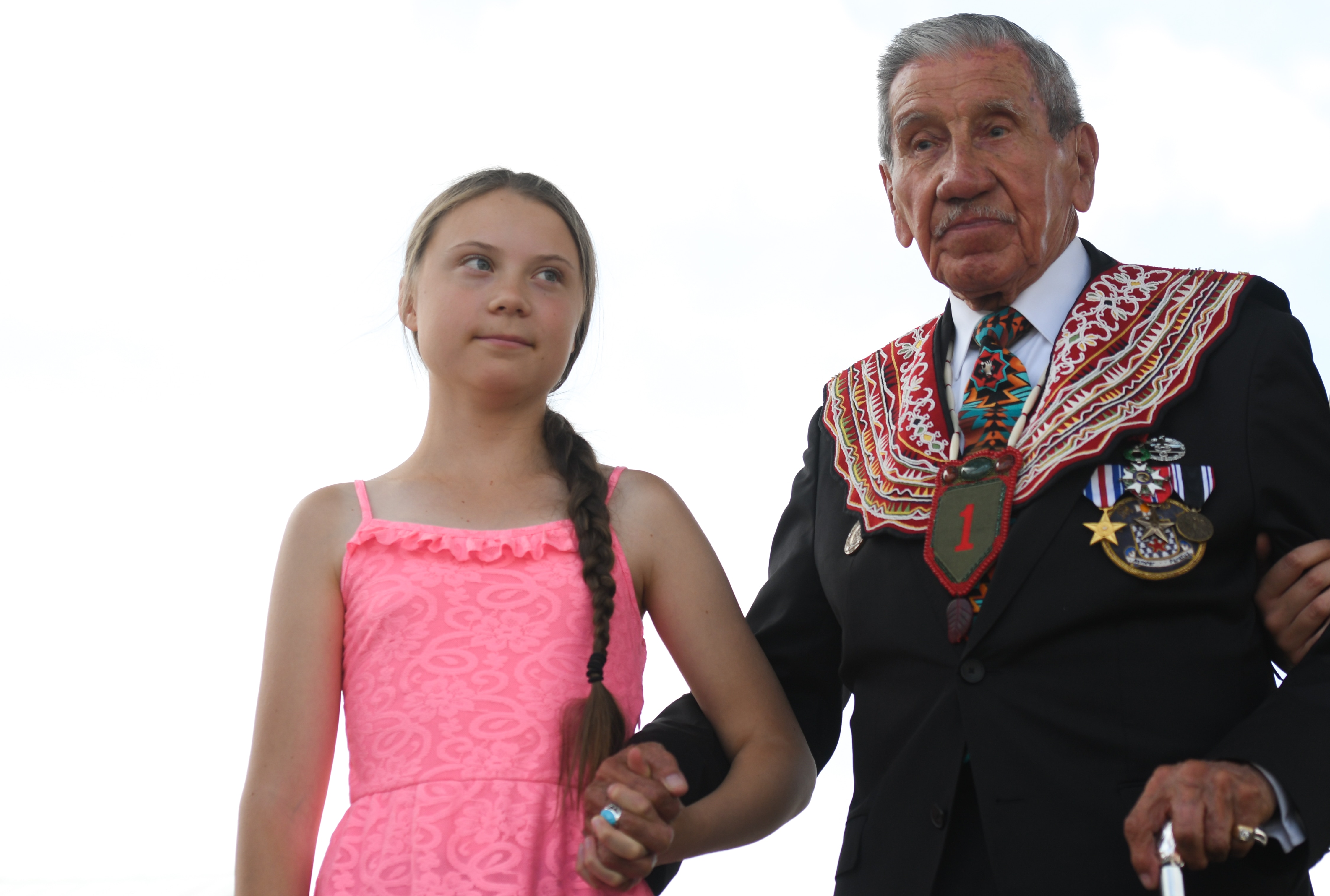 She said she would donate the AU$28,000 prize money to four organisations working for climate justice and helping areas already affected by climate change.

The prize was awarded before an audience of several hundred people and in the presence of several D-Day veterans, including France's Leon Gautier and US native American Charles Norman Shay.

Greta said she had spent an unforgettable day with Mr Shay on Omaha Beach, one of the sites of the 1944 Normandy landings that launched the Allied offensive that helped end World War II.

These are the most powerful words on the climate and ecological emergency I’ve ever heard.

Paying tribute to their sacrifice, she said: "the least we can do to honour them is to stop destroying that same world that Charles, Leon and their friends and colleagues fought so hard to save for us."

Mr Shay said that young people should be prepared to "defend what they believe in." Greta Thunberg: Is a future too much to ask for?

"As a soldier, I fought for freedom and to liberate Europe and the world from Nazism 75 years ago."

"I'm deeply happy that you and the young generation fight for this noble cause," he told Greta.

"This is a silent war going on," she said.

"We are currently on track for a world that could displace billions of people from their homes, taking away even the most basic living conditions from countless people, making areas of the world uninhabitable from some part of the year." She said the "link between climate and ecological emergency and mass migration, famine and war was still not clear to many people" and urged change.

The Freedom Prize was set up to honour the values embodied by the Normandy landings. Its winner is chosen by a worldwide online poll of respondents aged between 15 and 25.