The 10 women are facing charges of joining foreign armed groups and terrorist groups in Syria and Iraq from 2014 to 2019.

Ten women repatriated to Kosovo from Syria at the weekend have been placed under house arrest on charges of participating in terrorist groups, a court said on Tuesday.

They were among a group of 110 Kosovo citizens brought back on Saturday from Syria, including 32 women, 74 children and four jihadists who had gone to fight in the country’s civil war.

The four fighters were immediately arrested and detained for one month awaiting questioning. 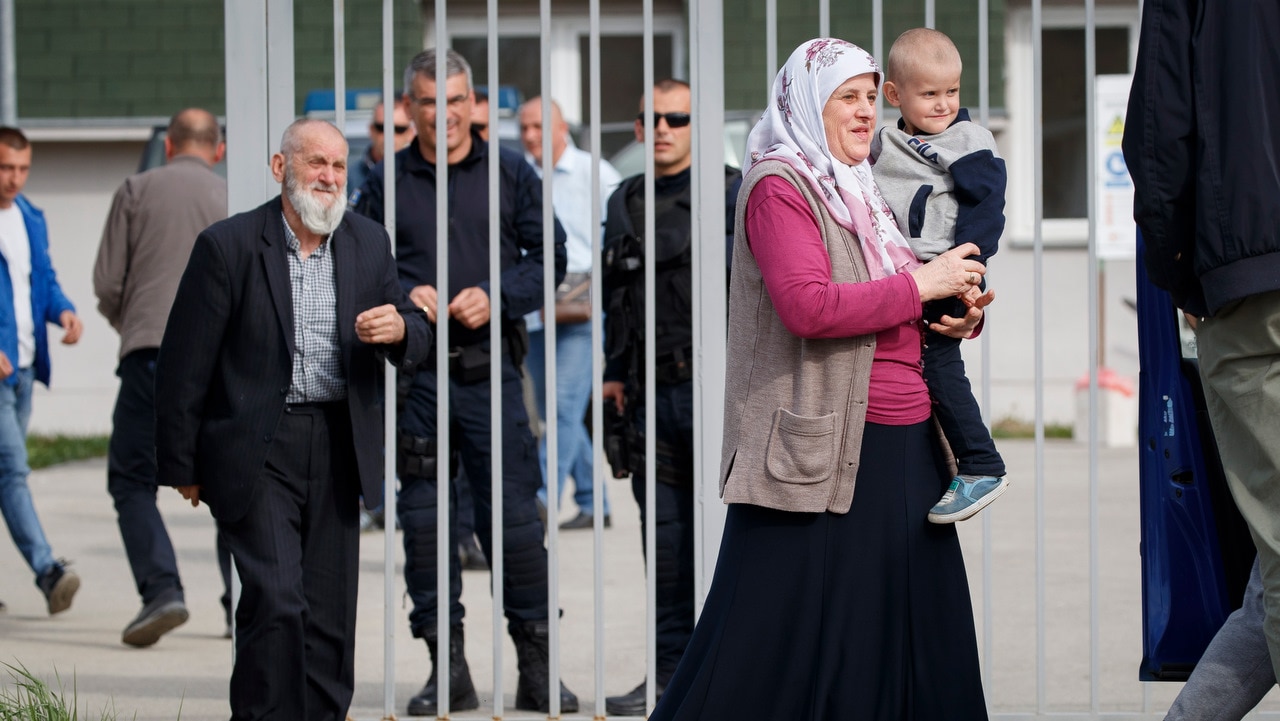 An elderly woman holds her grandson, both parents of whom were killed in Syria, after being released from the foreign detention center in Vranidoll, Kosovo.
AAP

The women and children were sent to the Foreign Detention Centre in the outskirts of Pristina but were freed to go home after 72 hours.

Ten women were seen entering Pristina Basic Court in a police escort on Tuesday. The court said in a statement later that they had been placed under house arrest on charges of joining foreign armed groups and terrorist groups in Syria and Iraq from 2014 to 2019.

The state prosecution said all 32 repatriated women are under investigation and more of them are expected to appear in front of judges on Wednesday.

The prosecution has yet to file indictments. Kosovo brings back fighters, families of jihadists from Syria

After the collapse of Islamic State’s self-declared caliphate in Syria and Iraq, countries around the world are wrestling with how to handle militants and their families seeking to return to their home countries.

Kosovo’s population is nominally 90 percent Muslim, but the country is largely secular in outlook. More than 300 of its citizens travelled to Syria since 2012 and 70 men who fought alongside militant groups were killed.

Police said 30 Kosovan fighters, 49 women and eight children remain in the conflict zones. The government said it plans to bring back those who are still there.

International and local security agencies have previously warned of the risk posed by returning fighters. In 2015, Kosovo adopted a law making fighting in foreign conflicts punishable by up to 15 years in prison.